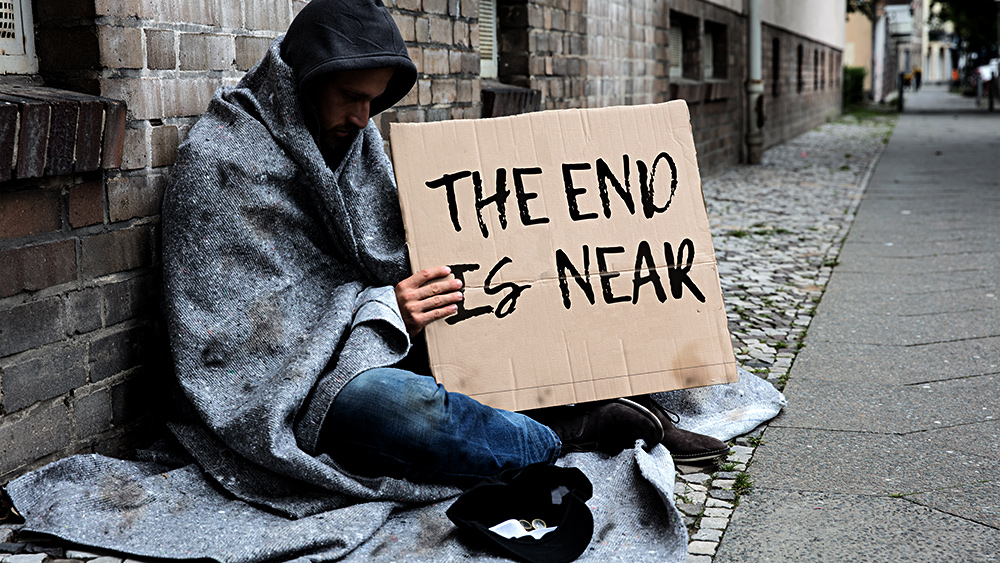 (Natural News) In the past few weeks, there has been a lot of media hype about the measles “outbreak” which has left 48 people ill in Washington State. Although measles can cause serious complications in rare cases, for the vast majority of people it is a relatively harmless viral infection that results in fever, coughing, sore eyes, a runny nose and a rash. There is another illness that has reached epidemic proportions on the U.S. west coast, however, which surprisingly has barely created a whisper among mainstream media outlets: an outbreak of typhus fever in Los Angeles, California.

While measles is a viral infection which a strong immune system can fend off, typhus is a bacterial infection which, left untreated, can cause serious complications and results in death in at least 40 percent of cases. There is no vaccine against typhus, which perhaps explains why the media is largely ignoring this story. Ironically, while vaccines have a sketchy track record at best at preventing diseases like measles, typhus can be eliminated easily through simple hygiene practices. And yet it continues to spread across the city of Los Angeles.

The return of a medieval disease

Typhus is virtually unheard of in most modern western societies because it is strongly associated with large volumes of people living in unsanitary conditions overrun with flea-ridden rats (think New York City, circa 1840 to 1875).

But those are exactly the unhealthy conditions in which thousands of homeless people live in L.A., creating a breeding ground for a disease which causes symptoms that includehigh fever and chills, headaches, rapid breathing, body pain, coughing, nausea, a rash, vomiting and confusion.

What is typhus fever? HealthLine explains:

Typhus is a disease caused by infection with one or more rickettsial bacteria. Fleas, mites (chiggers), lice, or ticks transmit it when they bite you. Fleas, mites, lice, and ticks are types of invertebrate animals known as arthropods. When arthropods carrying around rickettsial bacteria bite someone, they transmit the bacteria that causes typhus. Scratching the bite further opens the skin and allows the bacteria greater access to the bloodstream. Once in the bloodstream, the bacteria continue to reproduce and grow.

Early treatment is essential if a typhus victim is to beat the disease, but diagnosis is difficult and can be delayed because symptoms are so similar to those of other infectious diseases, including dengue fever, malaria and brucellosis. (Related: 10 diseases that will become far more common after the collapse.)

Although most of the typhus cases in L.A. have been diagnosed among homeless people who live in the area known as Skid Row, the disease has started spreading to other parts of the city. As reported by The Gateway Pundit, Liz Greenwood, a deputy city attorney based at City Hall, was also recently diagnosed. Greenwood told NBC 4 that it felt like railroad stakes were being driven through her eyes and out the back of her neck. She believes that she contracted the disease from the “enormous rats” that have infested City Hall East.

What is the city doing about the problem?

City Mayor Eric Garcetti has allocated millions of dollars to cleaning up L.A, in particular Skid Row, which has come to be known as “The Typhus Zone.” A statement by the mayor’s office noted:

Last fall we directed multiple City departments to begin a coordinated and comprehensive effort to improve cleanliness and protect public health in the Civic Center, including City Hall and City Hall East. In addition to increased trash collection and cleanings, aggressive action has been taken to address pests both in the buildings and in the surrounding outside areas — including abatement treatments and the filling of 60 rodent burrows and 114 tree wells. This work in busy and highly populated public buildings is executed carefully to protect workers and visitors, and the scheduling of extermination activities takes these factors into consideration.

Despite these efforts, 2018 was a record-breaking year, with 124 cases of typhus fever documented by the California Department of Public Health. Learn more at Outbreak.news.