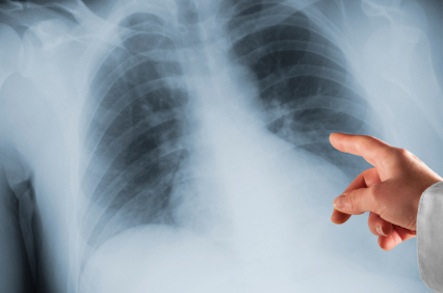 (Natural News) There is an organ-transplant crisis going on. There are far too many people on various organ transplant waiting lists, and not enough organ donors. As such, scientists have thought of various solutions for the problem. One new example is organ refurbishing, which is as straightforward as it sounds – scientists take organs and refurbish them before transplanting them to new recipients who will end up using them. The thing is, the organs are sourced not from other humans, but from animals.
A report published recently in the Massachusetts Institute of Technology‘s MIT Technology Review brought the topic up for discussion. Harald Ott, a surgeon from the Harvard Medical School, is said to be spearheading the refurbished animal organ revolution. The report states that someday, people who need transplants may view Ott’s methods as the standard solution for all of their problems.
According to the report, Ott’s lab has unusual methods that involve taking animal organs and cleaning them up, then later turning them into human-compatible versions that can be used in actual, live organ transplants. The process usually starts with the animal organs being hooked up to a pump, which then send detergent throughout them in order to clean them up. Then, once the organs have been emptied of all traces of their animal origins, they are treated as a sort of empty scaffolding, which can be populated with human stem cells taken from patients – the potential recipients. It is through this that the scientists at the lab aim to create fully compatible human organs that won’t be rejected by the body of the person who receives the organ in a transplant.
It is said that the lab’s most recent work is based on an old technique developed by Ott himself called lung regeneration, a process that turns lungs from animals such as rats and pigs into lungs that are fully compatible with humans. Although rat lungs aren’t really suitable for human lung transplants, they at least offer a good way of testing if the regeneration procedure even works, according to the lab scientists.
Using their current methods, the team at Ott’s lab has been able to transplant organs that were re-created using human stem cells right back into the pigs and rats from which they were taken. Of course, the fact that the lungs already had human cells inside them made them foreign to the animals, so they were rejected and the animals weren’t able to survive past a week. To the team, this meant success as it proved that their methods can indeed work in real, live organisms.
Working or not, the methods and processes used in Ott’s lab certainly cross a lot of moral and ethical boundaries. For one thing, any and all “donor” animals would be serving no other purpose except to die if the transplant operations are ever going to be successful. Not to mention, if the process becomes streamlined, Ott’s lab and others like it would most likely function as mere “transplant farms” that would raise animals only to slaughter them when their organs need to be harvested for human transplant recipients.
This kind of work still has a long way to go before it ever becomes accepted by the general public. And it might be far easier to instill a sense of personal responsibility and accountability in individuals instead of pushing for its acceptance, so that people can be more open to alternative forms of treatment that are more natural. People can take better care of themselves as well as others by simply being more mindful of their lifestyle, instead of waiting for things to become so bad that they need a full-blown organ transplant.
Read more about controversial medical procedures in MedicalViolence.news.
Sources include:
TechnologyReview.com
IFLScience.com