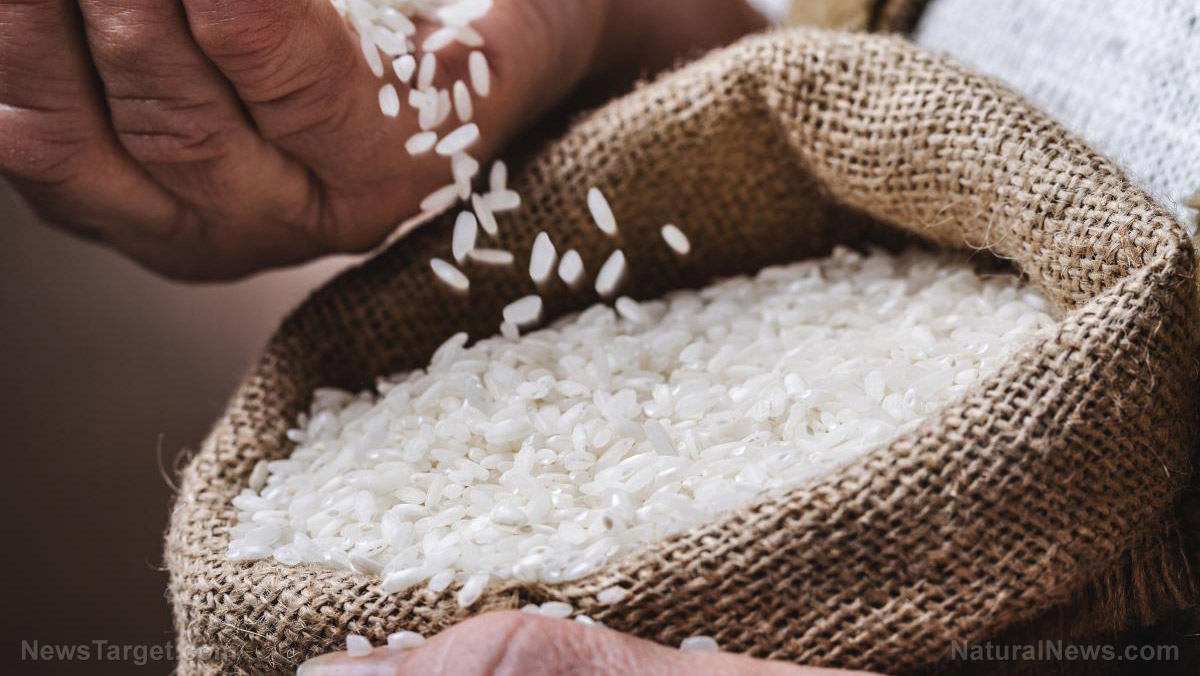 (Natural News) Rice is a filling food that goes well with almost any type of ingredient. However, a recent study warns that eating certain kinds of rice can increase your exposure to harmful inorganic arsenic.

The study was conducted by Kan Shao and his collaborator Zheng Zhou. Both researchers are from Indiana University Bloomington. In December 2018, Zhou presented their findings at the Society for Risk Analysis Conference in New Orleans.

Rice revealed as a major source of arsenic

Earlier studies proved that long-term oral exposure to inorganic arsenic is a serious health risk. Research also confirmed that people can be exposed to arsenic via contaminated water.

In this study, the researchers determined that rice grown and cooked in water is a key food source of inorganic arsenic.

The research team conducted a systematic review and meta-analysis of published papers and their findings suggested that rice consumption is a major arsenic exposure pathway in populations with relatively high rice intake.

Moreover, bioaccessibility of arsenic from drinking water is 100 percent. Shao noted that the arsenic content of rice can bind to other chemicals or proteins and that it undergoes digestion by the body. This means that it’s not all necessarily ready to be absorbed.

This highlights the importance of learning more about the bioaccessibility for arsenic in rice. This can help researchers better understand the amount that consumers are exposed to.

Bioaccessibility refers to the form of arsenic that can be absorbed after digestion. On the other hand, bioavailability is the term for the absorption process from the digestive tract to circulation.

Back in 2016, the U.S. Food and Drug Administration (FDA) released a risk assessment report for inorganic arsenic in rice which revealed that the bioaccessibility was between 70 to 90 percent. (Related: Unsafe arsenic levels in rice and poultry – How to avoid it.)

The researchers wanted to improve the assessment statistically by collating all existing data and applying a beta distribution to provide a better probabilistic estimate of the overall bioaccessibility. After analysis, the researchers discovered that the median bioaccessibility of inorganic arsenic from rice was 90.4 percent, which is much higher compared to the FDA’s estimate. Bioaccessibility had a range of 72.2 to 98.4 percent.

The research team believes that the variation is mostly due to differences in the type of rice, growing conditions, and individual digestive processes.

In the U.S., long grain rice contains higher levels of arsenic compared to short grain. Brown rice has the highest levels since arsenic becomes concentrated in the outer layer of the grain. But whether bioaccessibility is higher in brown rice remains unknown.

China and India are two of the world’s major rice exporters and arsenic exposure is an alarming global health issue, especially among cultures that consider rice as a staple food.

The negative side effects of arsenic

In both the U.K. and the U.S., testing revealed that arsenic levels in rice milk exceed that of drinking water standards.

High doses of arsenic are acutely toxic and it is linked to many negative symptoms and even death. The long-term ingestion of inorganic arsenic can cause different health problems.

It can also increase your risk of developing conditions like:

To lower your risk of exposure to inorganic arsenic, always pre-rinse rice thoroughly before cooking. You should also consume short grain rice instead of the long grain variety.