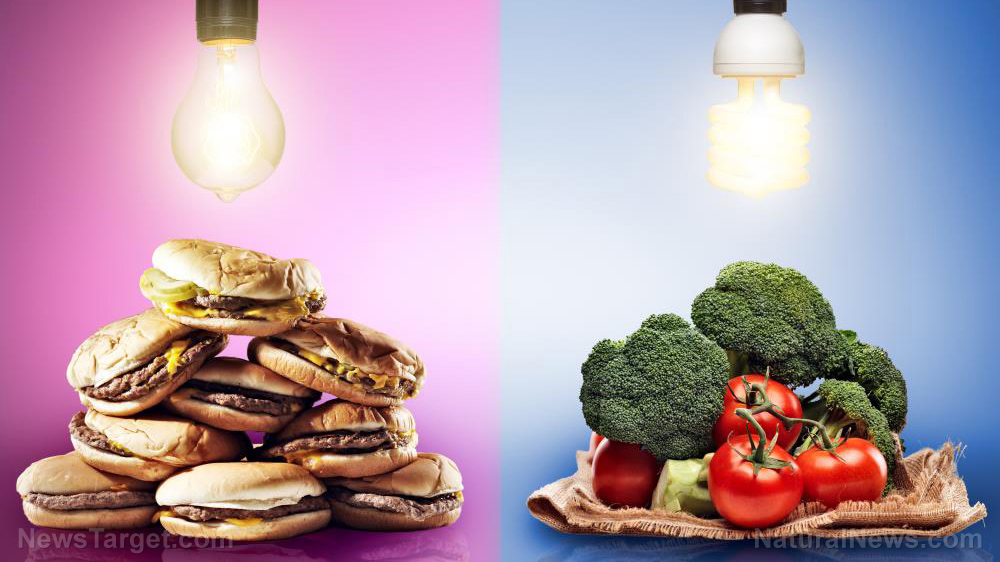 (Natural News) Many preppers may not realize that the greatest threat to their survival isn’t a natural disaster or malevolent humans. It is an unhealthy diet, the leading cause of early death and chronic diseases.

Researchers from The Global Burden of Disease Study evaluated the risk factors for premature deaths. They observed the diets of people in 195 countries from 1990 until 2017.

The researchers paid particular attention to the presence and levels of 15 different types of food and nutrients in a diet.

Published in the journal The Lancet, their findings showed that a bad diet causes more early deaths and diseases than other unhealthy behaviors. Eating unhealthy food can also harm a person more than lighting a cancer stick.

The study also showed that poor diet was responsible for one in every five adult deaths in 2017. A total of 11 million deaths stemmed from eating unhealthy food while cardiovascular disease accounted for more than 10 million of those deaths.

“This study affirms what many have thought for several years — that poor diet is responsible for more deaths than any other risk factor in the world,” said University of Washington researcher Dr. Christopher J. L. Murray, who served as the lead author of the study. (Related: Toxins and the Standard American Diet (SAD) – Are humans becoming Pottinger’s Cats?)

When the researchers evaluated different diets, they found that most people ate insufficient amounts of healthy foods such as fruits, legumes, and vegetables. Nutrition-wise, many lacked calcium, fiber, and omega-3 fatty acids.

Most of the diets also lacked milk, nuts and seeds, and whole grains. In general, people ate only three grams of nuts and seeds each day, which amounts to only 12 percent of the recommended daily value.

The researchers observed that people consumed much higher levels of processed meat and sodium than advisable. Consumption of red meat, in particularly, was exceedingly high.

Based on their findings, the researchers warned that eating excessive amounts of unhealthy foods increases the risks of early death and serious illnesses. People who don’t eat enough healthy foods may also have similar or higher risks.

How to improve your diet and your health

Since preppers and survivalists rely on their ability to overcome any situation, they must remain healthy. They must improve their diet by avoiding bad foods and increasing their intake of good foods and vital nutrients.

To achieve this, preppers should add more fruits and vegetables to their diet. These are the types of foods that nature provides in abundant quantities, so people must eat more of them.

At the same time, people in general should reduce the amount of salt in their diet. They should also get rid of junk foods that contain very few nutrients and lots of bad substances.

Lastly, preppers should stick to reasonable portions and control their caloric intake. Normally, a person needs roughly 2,000 calories a day. There is no need for preppers to consume the same number of calories as an athlete, especially if they cannot burn all of them.

Say goodbye to a sedentary lifestyle. Get as much physical exercise as possible. Being physically fit will benefit a prepper and help him during emergencies and when SHTF.