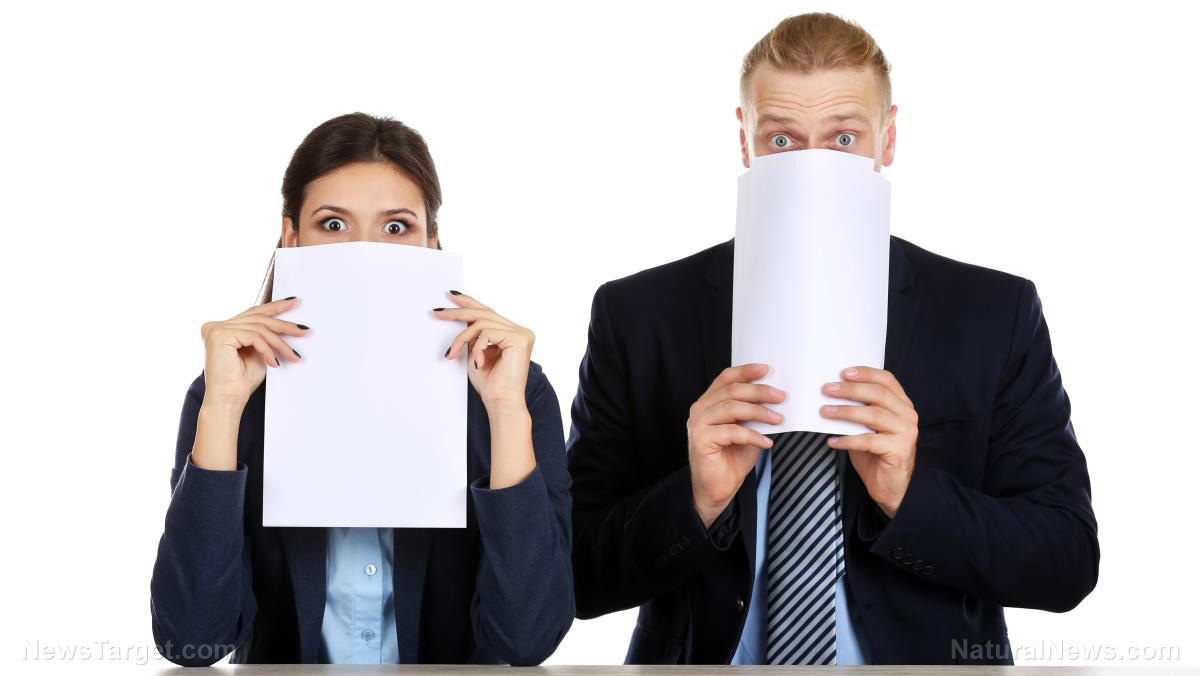 (Natural News) Marxist Democrats running the state of California are continuing to do everything they can to drive businesses away in their quest to create the perfect “utopia.”

Pandering to illegal aliens, strangling residents with high taxes, driving more people out of the housing market, and creating social welfare magnets for the homeless isn’t enough. Now lawmakers are considering legislation that would force private companies to hand over salary data on all employees — even if, presumably, employees didn’t want their privacy violated in such a way — to ensure that women are getting paid the same as men.

As reported by CBS Sacramento:

From the Woman’s March to the Me Too movement, there has been a growing awareness of a gender pay gap in the workforce.

Senate Bill 1284 would require all California companies with 100 or more employees to submit a pay data report that includes the number of workers, their race and sex, and the total earnings of each employee.

“Women are in the workforce primarily because they need to be and it’s important that women are paid equally,” she continued.

Opponents of the legislation — and they are lining up — include the California Manufacturers & Technology Association and Chamber of Commerce, both of which call the bill a “jobs killer.”

“Our concern is that the information in 1284 won’t actually get the data they are looking for. It’s not an apples-to-apples comparison,” said Laura Curtis with the California Chamber of Commerce who spoke before the committee, CBS Sacramento reported.

“We are concerned about the increased liability, the potential of individuals would be able to sue,” added Nicole Rice with the California Manufacturers & Technology Association.

It doesn’t really matter what Curtis and Rice think — or any employer in the state with 100 or more employees, for that matter. The Judiciary Committee has already voted the bill out to the full Senate by a tally of 5-1. (Related: Google has abandoned tech innovation to focus on “social justice” internal wars and feuds, targeting non-compliant employees for termination.)

There are so many things wrong with this bill it’s hard to know where to start. But let’s begin with some of the most obvious issues.

Equal pay for equal work has never, in the modern era, been dependent on gender. It’s against federal labor laws to discriminate against employees for a whole range of reasons, gender being one of them.

Also, equal work should not automatically equate to equal pay. There are many core issues and differences to consider when calculating pay — experience, education, work history, time with the company, etc.

Plus, some better-paying jobs — like those in construction, transportation, and other areas — are just easier for men to do. And there’s this: Some professions just attract more men than women.

“This bill is designed to collect data so we can understand why that pay gap continues to be as great as it is,” Jackson said.

Right. That’s as believable as Jackson saying the Golden Gate Bridge is for sale.

According to PragerU, there is no gender wage gap. As Christina Hoff Sommers, resident scholar at the American Enterprise Institute points out, the comparisons used by the Left to make this claim are erroneous. Besides, she notes, if it were really true that, all things being equal that women really did earn “77 cents for every dollar a man earns,” she asks, “Why don’t companies just hire women?”

It would save them a fortune in salary, their biggest expense.

Jackson’s bill isn’t designed to merely provide a benevolent state government data so pointy-headed academics ‘can understand’ wage gaps. It’s designed to eventually force companies to pay female employees more, whether they deserve higher pay or not, so they’ll continue voting for them.

See more stories on the bizarre cultism of the Left at LeftCult.com.