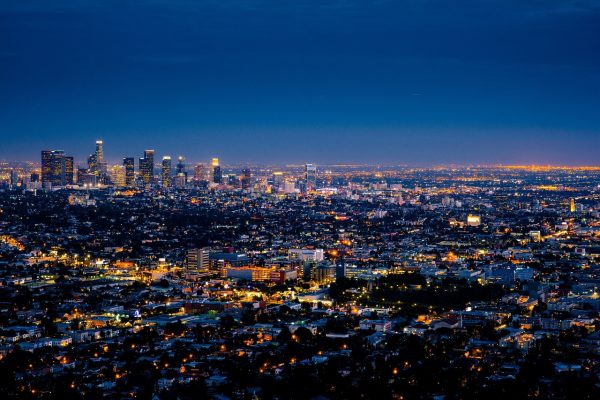 Major cities all over America are being transformed into rotting, decaying, disease-infested hellholes, and it doesn’t exactly take a genius to figure out why this is happening.  Our actions are the product of our belief systems, and the major U.S. cities where the conditions are the worst are always dominated by a particular political ideology.  If the citizens of those major cities like the results that they are currently getting, then they should just continue to do what they have been doing.  But if they want real change, then those citizens are going to have to be willing to make fundamentally different choices than they have been making in the past.

Today, large cities all over the country are dealing with mountains of feces, millions of rats and horrific diseases that we once had completely under control.  Let’s start our tour in Philadelphia, where cases of Hepatitis A are starting to spread like wildfire…

The Kensington, ground zero of the region’s opioid crisis, where many people struggling with addiction live on the streets, has grappled with poop on the street, in parks and on porches for years. Hepatitis A spreads primarily through contact with fecal matter.

“There’s so much human feces on the ground it’s unbelievable,” said Jacelyn Blank, a board member of the East Kensington Neighbors Association and the co-founder of the group Philly Tree People, which plans and cares for trees in the city’s many leaf-deprived neighborhoods.

It is difficult to read those words without being totally grossed out.

And in case you are wondering, Philadelphia has been run by Democrats for a very long time.

Another major city that has been dominated by Democrats for an extended period of time is Seattle, and it is yet another “liberal utopia” that has a “very serious poop problem on its hands”…

A recent string of power outages reportedly sent at least 4.5 million gallons of raw sewage from wastewater treatment plants throughout Seattle directly into the crisp waters of Puget Sound, once again illustrating that this leftist-run metropolis has a very serious poop problem on its hands.

Whenever the power goes out in Seattle, it seems that all hell breaks loose at its sewage facilities, which end up polluting the otherwise pristine beaches and waterways of coastal Washington without prejudice. Even as city leaders maintain strict focus on plastic straws and disposable bags as being the biggest issues that Seattle faces, it’s all of this raw sewage that’s the real problem – and the one that’s not being addressed or fixed.

Further south, beaches in Los Angeles are being “completely overrun with fecal bacteria”.  Just check out what Dr. Drew Pinsky told Laura Ingraham during a recent appearance on her show…

As Dr. Drew told Ingraham, small amounts of runoff in various places along the coast is normal, but there is now a consistent, recurring water contamination problem. He believes that the 60- to 80,000 homeless people defecating, urinating and bleeding directly into gutters on a daily basis is the major source of contamination. All that sewage and human waste makes its way into the L.A. River and Santa Ana River Basin, ultimately ending up in the oceans.

“There is an organization out here called Heal the Bay which keeps tabs on safety of our beaches in Southern California, from Orange County to Ventura. Since the rains last Winter, [Heal the Bay] has been giving our beaches C’s to F’s, and F means completely overrun with fecal bacteria. What comes with that are other things like syringes, Hepatitis A and other infectious diseases.”

Not too long ago, I wrote an entire article about the struggles that Los Angeles is facing regarding the mountains of trash and piles of human feces that are seemingly everywhere, and these unsanitary conditions are being blamed for the sudden outbreak of typhus cases…

Officials have not managed to explain why typhus is suddenly spreading in the area as nine cases have been recorded in downtown LA in the past two months. They are investigating the issue.

Several homeless people who live near City Hall have also contracted the diseases as human waste and trash litters the nearby sidewalks.

Needless to say, Los Angeles has been run by Democrats for a very, very long time.

San Francisco has been firmly controlled by Democrats for decades as well, and nobody has a bigger problem with human feces in the streets than they do…

San Francisco’s escalating homeless crisis continues to impact thousands of residents across the Bay Area, with officials confirming they’ve responded to nearly 6,700 reports of “human waste” in the first quarter of 2019 alone.

But at least San Francisco doesn’t have as many rats as Los Angeles does.  Millions of rats are rampaging through the city as you read this article, and they are leaving their “droppings” just about everywhere…

The city’s rodent population has now “exploded” into a serious public health risk.

“Rats are everywhere,” Niamh Quinn, Human-Wildlife Interactions Advisor with University of California, told KNBC Los Angeles in June. “And it’s just not acceptable to expose people to this amount of disease.”

After inspecting an area of LA’s Produce District, a shocked Quinn said: “I’ve never seen this many droppings, ever.”

Another Democrat-controlled major city that is making global headlines because it is so rat-infested is Baltimore.  In fact, things are so bad there that Animal Planet actually ranked it number 3 on their list of the “Top 10 Worst Rat Cities in the World”…

“Baltimore’s rat problem is bad enough that at one point, rats tunneled so intensely beneath a particular area of pavement that when garbage collectors drove over it, their truck sunk up to its axles,” reported the TV network. “Rats in the vicinity took full advantage of the mishap and swarmed the truck, gorging on the garbage inside.”

The network listed Baltimore number 3 on the “Top 10 Worst Rat Cities in the World.”

And since we are talking about Baltimore, I also wanted to mention that Baltimore’s homicide rate is ten times the national average.  I have been to Baltimore many, many times in my life, and to be honest I am not too keen to go back any time soon.

But as bad as things are in Baltimore, there are many who believe that the rat problem in Chicago is even worse…

The grand prize, however, must be awarded to Chicago. Topping Orkin’s list for four years running, the city is America’s undisputed rat king. According to a separate studyconducted by the apartment search service Rent Hop, Chicago officials received more rat complaints than any other city in the country in 2017, observing a 55 percent increase over the three years prior.

By now, you have probably figured out what I am going to say next.

Yes, Chicago is run by Democrats and it has been for ages.

As I explained in my most recent book, bad beliefs lead to bad choices, and bad choices have unpleasant consequences.

If you live in a community that is deteriorating, the only way that things are going to turn around is if the people of that community start making better choices.

And the same thing can be said for the nation as a whole.  America has been making unfortunate choices for a very long time, and if we want to have any hope of ever turning things around, we have got to start making fundamentally different choices.