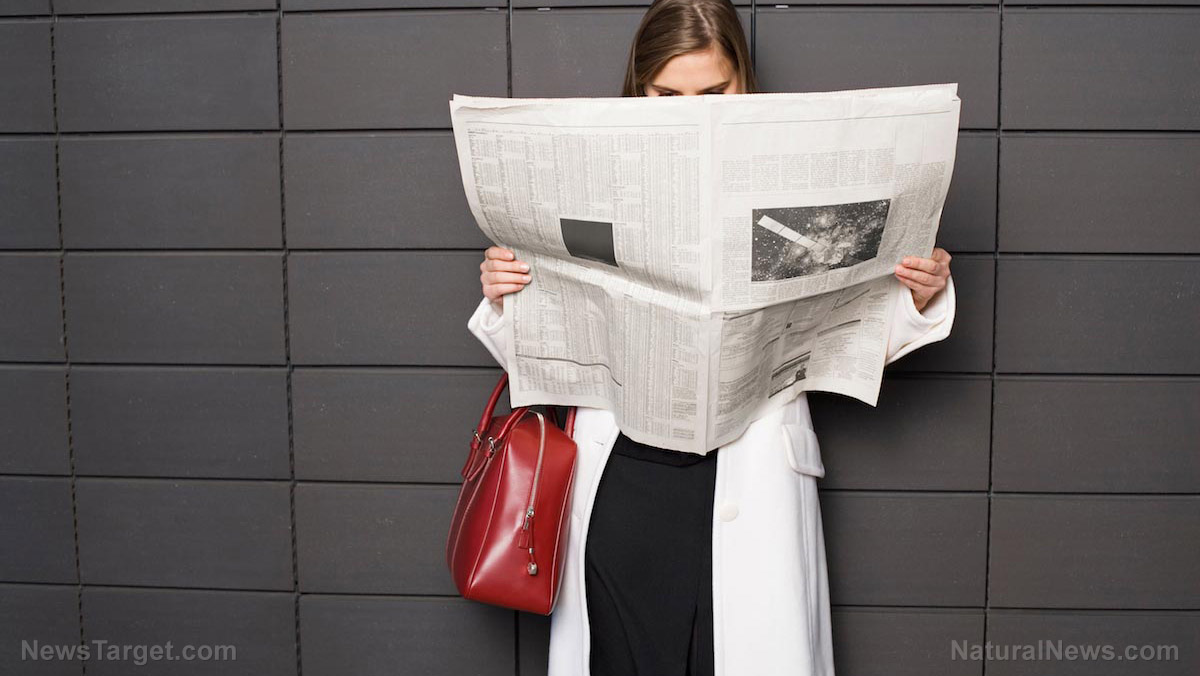 (Natural News) If you repeat a lie over and over, no matter how big and preposterous, people start believing it. That’s why the mass media has so much power, and the Big Food and Big Pharma corporations with all the money for advertising and fake news keep the sheeple consuming toxic food, noxious medicine, and political propaganda.

There’s a famous saying that goes, “Too many people get lost in the game of having a good time and being naive about things.” The immediate gratification obsession in America has millions of people consuming fast food and then taking multiple prescription medications for the pain and suffering that it brings. Then, being “intoxicated” and acidic from all of that, they turn on CNN and read lying newspapers like The Washington Postand The New York Times, forming opinions about the world based on scripted lies and vicious, enraging, divisive propaganda.

Catch and release – the ultimate way to hoodwink Americans into believing socialism, chemical medicine and processed food is all “okay”

The number one way fake news, Big Food and Big Pharma trick Americans into feeding their toxic lifestyles is by mentioning real news, then twisting it, distorting it, and turning it into fake news and propaganda. This way, cognitive dissonance is created and gets the sheeple (people who blindly follow the other blind masses) arguing and debating about complete nonsense, instead of using critical thinking skills to be unique individuals who are self-supporting, responsible, level-headed and literally “conscious” of the real world.

This method is called “catch and release” because people get a small taste of reality so they think everything else they’re “fed” is real, but then they are “released” to experience their frustrating, caged madness and feelings of hopelessness. That’s when they call on their “nanny” government to save them, with free handouts and safe zones.

That’s why we are uncovering and debunking the BIGGEST LIES of 2018, right here and right now

#1. Genetic engineering of food crops is the “same thing” as traditional crossbreeding. Wrong. Only since the mid-1980s have scientists in laboratories genetically infused toxic bacteria into staple crops. Before that, all farmers did was crossbreed similar produce to naturally breed more desirable versions of those foods. Not even close to GMO.

#3. Trump is a “racist” and “hates” all immigrants, and he wants to deport them all. That’s a big fat lie. Everybody in America is an immigrant, and the fake news constantly uses the same lame twist on immigration, saying “immigrants” instead of “illegal immigrants,” of which the latter is obviously the problem. Trump is no racist, it’s all just fake news.

#5. Trump is responsible for the border policy that separates parents from their children at the border, and he’s not doing anything to change it, and “recent” photographs of Mexican children in cages proves it. Actually, the pictures of kids in cages (and the policy of separating children from deported parents) are from the Obama era, and anyone who still has a functional medulla oblongata knows it.

#6. Eating chemical “pesticide residues” on conventional produce, including those on the “dirty dozen” list, is safe and nutritious. Here’s the big twisted lie from HuffPo: “The pesticide residues are such a tiny amount of risk compared to the huge amount of benefit we would all get if we ate the recommended amount of fruits and vegetables.” Actually, the dirty dozen absorbs more toxic pesticides than other produce, and chemical pesticides are driving the cancer and dementia epidemics in this country.

#7. Labels that tell us what is or is not in our food, like “Non-GMO,” “No added hormones,” “Gluten free,” or “Certified Organic” are all just a fear-mongering waste of money and resources, and “we all lose” when food manufacturers create labels. Actually, the best way to filter poison from your intake is to read the labels and know how to recognize the food and medicine “criminals.” It’s nice to know when something does not contain GMOs, pesticides, canola, bleach, gluten, fluoride, mercury, aluminum, aspartame, MSG, and the other top health bandits.