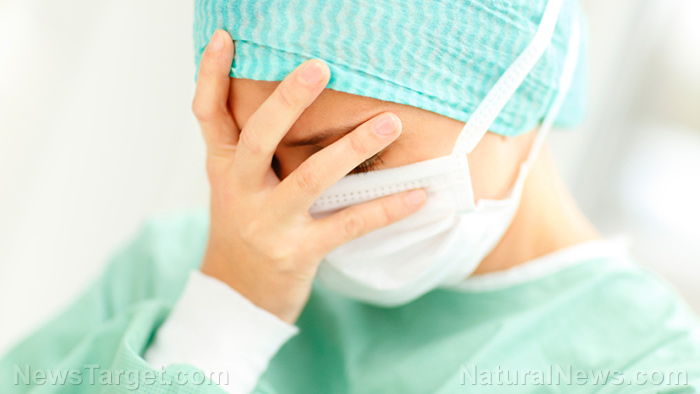 (Natural News) A recent investigation led by Kaiser Health News and USA Today has revealed a shocking truth: Deaths and serious injuries abound at surgery centers, and lack of rules and regulations means there is little to no accountability. Between the tremendous variability in state laws and the fact that that doctors blacklisted by hospitals can still go on to open their own practices or centers, many tragic incidents go without investigation — and in many cases, even unreported. How many people have been maimed or killed by incompetent doctors operating out of uncouth surgery centers is unknown, but the danger is no less real.

In Little Rock, Arkansas, Kanis Endoscopy Center is a prime example of what happens when “medicine” is unregulated: People die. At Kanis Endoscopy, this happens more than it should — especially since the endoscopy is considered one of the safest procedures a patient can undergo. In April 2014, two people died within a single month at Kanis. Another woman was rushed to a hospital in July after visiting the center for an otherwise routine procedure. Hospital staff said she was lucky to be alive.

Faye Watkins, now 63, says that she had no idea two patients had died at Kanis before she walked into the facility. She states that something felt wrong while she was still under the effects of anesthesia, and heard someone say her blood pressure was dropping.

Court records say the patients harmed or killed by Kanis Endoscopy all went there for an endoscopy, and each stopped breathing shortly after. They all showed signs of the same type of brain injury seen in drowning victims. But what happened there didn’t result in a review by Arkansas officials, not even a slap on the wrist. Arkansas, once the Clintons’ stomping grounds, is one of 16 states that doesn’t mandate surgery centers report patient deaths. Whether the deaths were simply anomaly, or a sign of something much worse, was never investigated.

In another tragic case at another surgery center, a 12-year-old boy died having his tonsils removed. One of the doctors claimed young Reuben Van Veldhuizen’s death “the result of pre-existing conditions, acts of others, or conditions over which” they “had no control or responsibility.” The center called for an ambulance, but according to a government report, the paramedic who arrived to treat Reuben “‘received no response from the facility staff when she inquired who was in charge’ of CPR.”

These horrible stories show that doctors sometimes care more about the profits than their patients.

As Kaiser Health News (KHN) reports, surgery centers around the nation operate under greatly varying standards, which means that deaths and injuries often do not get reported to the government — or would-be patients. This is a major red-flag. As KHN reports:

The gaps in oversight enable centers hit with federal regulators’ toughest sanctions to keep operating, according to interviews, a review of hundreds of pages of court filings and government records obtained under open records laws. No rule stops a doctor exiled by a hospital for misconduct from opening a surgery center down the street.

Health officials from at least 17 states confirmed that they have no way of knowing that a patient died during a procedure at a surgery center, because the centers aren’t required to report such information.

Even Medicare, an institution of the federal government, has giant gaps in the reporting requirements of hospitals compared to surgery centers. As KHN reports, hospitals are compelled to provide much more data.

The same Medicare website displays different data for surgery centers — and for some key measures, the reported results cover only a fraction of patients. Medicare allows surgery centers to report data for as few as half of just their Medicare patients, ignoring most patients under age 65 who do not yet qualify for Medicare.

Ultimately, these “centers” may end up reporting on as many hospital transfers as they choose to — and there is no notation on the Medicare website about the limitations of their data. But dozens of centers report a zero transfer rate to Medicare, even though their records indicate otherwise.

Take Memphis-based Urocenter, a urological specialty center,  for example. The group reported 45 transfers across 2014 and 2015 to state officials — but their public Medicare report for those years showed zero transfers.

Medicare officials say that they allow limited reporting so as not to “overburden” surgery centers with requirement — but it seems their lax stance has contributed to major issues. Not only are people dying by the dozens at surgery centers, the under-reporting of key information gives the false illusion of safety.

Medicare can slap centers with involuntary decertification for serious offenses, but as KHN reports, that often doesn’t stop them from continuing their operations. As reported:

In California, eight centers that Medicare decertified over health violations have continued to operate on patients, with the blessing of private accreditation agencies hired by the centers to perform inspections. They include a center that was operating without a lifesaving drug in the crash cart and a facility where managers pressed an unqualified receptionist into duty disinfecting scopes used inside the body.

There are many, many problems that persist across the conventional healthcare industry; lack of accountability and poor regulation are just the tip of the iceberg.