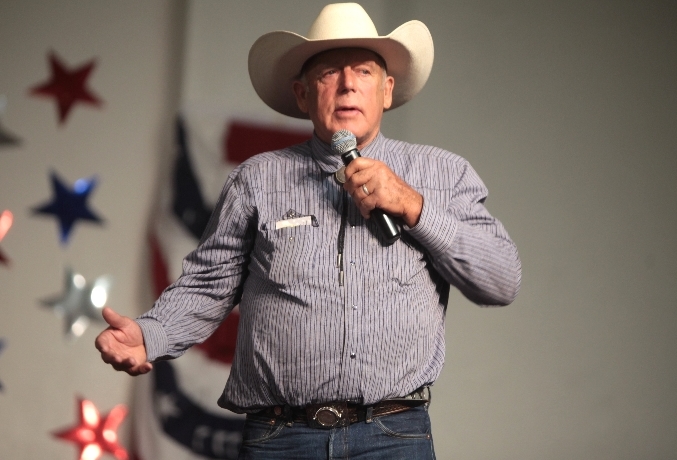 (Natural News) The federal government’s handling of various ongoing legal battles involving Nevada rancher Cliven Bundy and his many supporters has been nothing short of corrupt. The Bundy family attorney, Roger Roots, recently gave an eye-opening talkexplaining how the government’s unscrupulous dealings throughout the saga kept key defendants from exercising their constitutional rights in court – which fortunately for many of them resulted in those cases being dismissed entirely.
But not every defendant was so lucky. In case you missed it, the whole situation started back in 2014 when various federal agencies, in conjunction with local law enforcement, descended on the Bundy cattle ranch in Nevada. Though the land had been in the Bundy family for nearly a century-and-a-half, the federal Bureau of Land Management (BLM) suddenly decided in 1993 that it now owned the land, and that the Bundys would have to pay rental fees in order to continue grazing their cattle on it.
When the Bundys refused to pay these fees, BLM took them to court – the outcome of which didn’t exactly go their way. So BLM basically went rogue, putting together an army of government thugs to intimidate the Bundys into compliance. This domestic army involved snipers and other heavily-armed soldier-like thugs that showed up at the ranch, weapons in hand. They were met by the Bundys and hundreds of their patriot allies, which the media had dubbed a militia.
The situation spiraled out of control from there, as the Feds reportedly hired undercover informants to infiltrate the ranch and cause trouble. This resulted in multiple confrontations that the government later spun and tried to use as evidence in court of criminal behavior by the Bundys and their supporters.
As various cases have proceeded since, several were thrown out after it was revealed that the government had tried to hide evidence of wrongdoing while painting those it was charging into a corner. One of the individuals charged was convicted, however, even though Roots insists that he wasn’t actually guilty of any crimes, but was rather falsely portrayed as such by criminal elements within the government.
“I’ve seen so much in this case that would startle any person, any lawyer who thinks that the U.S. attorneys office is going to provide an accurate or a fair depiction of events,” Roots stated. “I could tell you things that would just shake your faith in the American criminal justice system to its knees.”
You can watch the full video at this link.

Where the Feds really took undue liberty in falsely accusing the Bundy clan of committing crimes they didn’t commit was with regards to their being armed during the standoff. Federal lawyers claimed that various attendees at the protest had “pointed” their weapons at federal agents, using various photos to try to make their case.
At the same time, they barred the defense from ever presenting their own evidence to show that they did not, in fact, point their weapons at anyone. The jury was prohibited from hearing the defense speak, and was not allowed to see photographic evidence that would have supported the claims of the defense. This essentially stripped the defendants of their constitutional right to a fair trial.
But because of the hard work of many in making it clear to the juries that the cases were being stacked against the defendants, several of the cases were dismissed. In one of the cases, a judge actually threw out the case before the jury could even rule on it, demonstrating that there still remains a shred of integrity in the criminal justice system.
“We made a lot of history in this case, and I think we taught the government a lesson, and I think the government isn’t going to proceed the same way in the future, I hope,” Roots concluded.
Explore more news on big government tyranny at Tyranny.news.
Sources for this article include:
YouTube.com
LewRockwell.com
NorthwestLibertyNews.com
NaturalNews.com