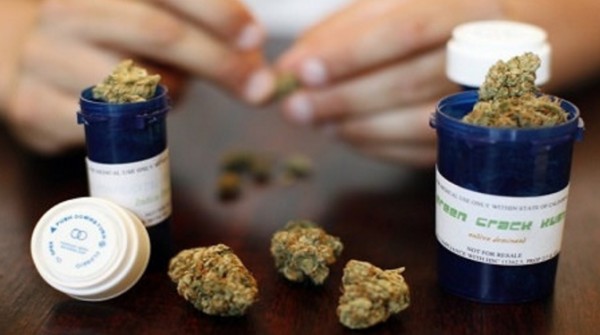 (Natural News) President Trump announced last year that the opioid epidemic was a “public health emergency” and called for the medical community to look for alternative therapies to battle the growing crisis. The President cited the most recent Centers for Disease Control and Prevention (CDC) statistics which places drug overdose as the leading cause of injury death in the United States, outnumbering both gun-related deaths and traffic crashes. It is estimated that 175 people die each day in our country because of a drug overdose.
The class of drugs most commonly being abused is painkillers or opioid analgesics prescribed to treat chronic pain. Of those who are given these drugs, medical professionals have stated that the elderly (or those 65-years-old and older) are the most at risk of overdosing. Doctors have warned that while older Americans represent only 14 percent of the total population, they comprise 30 percent of all those who use opioids.
This has prompted several health institutions to look for better and more natural ways to treat chronic pain.
A new study conducted by researchers from the Ben-Gurion University of the Negev(BGU) and the Cannabis Clinical Research Institute at Soroka University Medical Center concluded that medical cannabis could be the answer. Authors of the study observed around 3,000 elderly patients suffering from chronic pain brought about by various conditions including cancer, Parkinson’s disease, and multiple sclerosis, among other things. More than 60 percent of patients were prescribed medical cannabis to alleviate their pain.
The researchers saw that in only six months, 93 percent of patients reported a significant reduction in the amount of pain they felt. Moreover, 60 percent of the participants claimed that their quality of life was raised from “bad” or “very bad” to “good” or “very good” within the same time period. Seventy percent likewise reported moderate improvement in their condition.
More importantly, 18 percent of all participants lessened, or completely stopped, their prescription to their opioid analgesics.
It was concluded that medical cannabis therapy can be a safe and effective treatment for chronic pain and can serve as a way to lessen the dependence people may develop to prescription painkillers. (Related: A look at the evolving relationship surrounding medical marijuana vs. opioid deaths.)

Medical cannabis is still considered to be a Schedule I drug by the Drug Enforcement Administration (DEA) which covers a wide range of substances deemed to have no currently accepted medical use. Despite that, the drug has been reported to offer a series of health benefits — not least of which is alleviating certain age-related ailments including chronic pain.
Observational studies have been difficult to conduct, with the DEA’s pressure to limit its use in the public.
As explained by Dr. Kenneth Mukamal, associate professor of medicine at Harvard-affiliated Beth Israel Deaconess Medical Center: “Unfortunately, there are almost no uses of medical marijuana that have been subjected to the kind of rigorous testing you’d want for a pharmaceutical. This does not mean that it has no benefits, but only that the lack of human studies prevents us from being sure if medical marijuana can really help.”
Even so, countless number of patients have reported the efficacy of medical cannabis in reducing certain symptoms, especially those related to anxiety, pain, stress, and sleeping disorders.
Read more about the potential benefits of medical cannabis at CannabisCures.news.
Sources include:
Science.news
WhiteHouse.gov
ScienceDaily.com
Health.Harvard.edu
DEA.gov