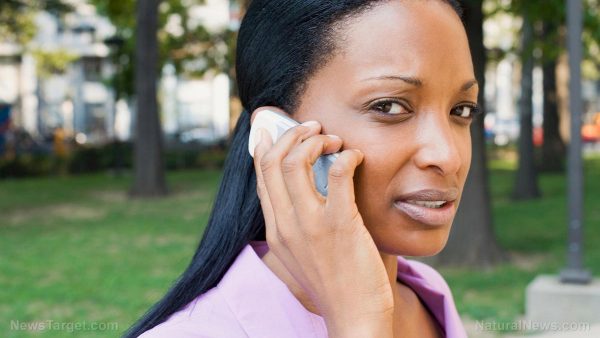 (Natural News) A new study released by the National Institutes of Health shows that exposure to cell phone radiation known as RFR causes male rats to develop a rare type of cancer. According to two technical reports on mice and rats, the RFR exposure caused male rats to develop tumors in the tissues that surround nerves in their hearts. Male and female rats alike had increased patterns of heart tissue damage after RFR exposure.
The incidence of tumors rose as the dose of radiation the rodents were exposed to increased, which points to radiation as the likely culprit. Six percent of the male rats in the study who were exposed to the radiation developed malignant heart tumors, while none of those who weren’t exposed to radiation did. According to Dr. John Bucher of the NIH’s National Toxicology Program, the studies are the most thorough assessment of the health effects of RFR exposure on mice and rats to date.
The study took longer than a decade and cost $25 million to carry out. In the study, approximately 3,000 mice and rats were exposed to the type of radiofrequency waves emitted by cell phones for nine hours per day in exposure that was spread out throughout the day.
The rodents’ exposure started while they were still in utero and went on for two years; this is considered enough time to indicate longer-term cancer risks as rodents develop cancer at a faster rate than humans. According to Consumer Reports, a two-year-old rat is the equivalent of a 70-year-old human.
Cell phone radiation is a growing concern, with the International Agency for Research on Cancer classifying it as a “possible human carcinogen” and a group of 190 independent scientists across 29 countries calling on the World Health Organization and the United Nations to place stricter safety controls on it.
At a 2016 pediatric conference in Baltimore, the president of the Environmental Health Trust, Dr. Devras Davis, said: “The weight of the evidence is clear: Cell phones DO cause brain cancer.”
Dr. Davis cautioned that young brains absorb twice the radiation that adult brains do. Panelists at the conference also revealed a connection between cell phone radiation exposure and health problems.
The heart tumors in the most recent studies were fairly similar to those seen in the brain in past studies involving humans who frequently use cell phones.
The draft report of the study was released last week for peer review and public comment, and an external expert review will take place in late March.
It’s also worth noting that the animals in the study were exposed to radiation akin to 2G and 3G, which is what was prevalent at the time the study began. With 5G about to take over, some are concerned the risks could be even higher.

If you find these studies alarming, there are a few steps you can take to minimize your risk. The obvious solution is to use a landline, but when that isn’t an option, use a hands-free headset or talk on speakerphone. Keep your phone away from your body and head, preferably at an arm’s distance, when you’re using it. This is especially important when your cell signal is weak, as the phone might increase its power to make up for it.
Keep in mind that texting and video calls let you hold your phone further away from your body. Don’t keep your phone in your pocket; instead, keep it in a bag when you need to carry it around. You should also avoid sleeping with your cell phone close to your head.
Further research is needed into the damages of cell phone radiation, but in the meantime, it is important to do everything you can to keep your phone at a safe distance from your body as much as possible. Learn more about the science of radiation at RadiationScience.com.
Sources for this article include:
SanFrancisco.CBSLocal.com
ConsumerReports.org
Baltimore.CBSLocal.com
ChicagoTribune.com