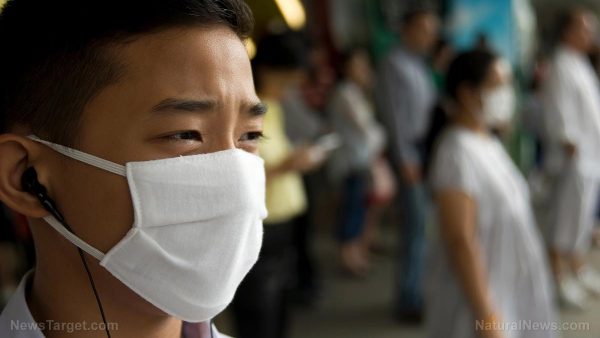 (Natural News) With close to 1.4 billion inhabitants, China is the country with the single biggest population on the planet. It is also an incredibly industrialized and polluted country, and a recent study has found that the combination of pollutants being pumped into the air by factories, power plants, vehicles and apartment heating systems, is creating a “toxic cocktail” that is literally killing people.

It is not just the volume of pollutants but also their variety which is causing grave concern among experts. Chinese smog is like a toxic soup of both heavy particulates of the type that blanketed industrial cities in Europe and North America in the 19th and early 20th centuries, and the fine particulates emitted by vehicles in more recent decades.

Yale Environment 360 recently reported that this toxic cocktail is shortening the lifespans of half a billion people living in Northern China by at least five years. (Related: China’s cities filled with proverbial corpses of the rotting “bike share” industry.)

The problem with China

China’s air is known to be the most toxic in the world, as noted by Yale Environment 360:

The country emits about a third of all the human-made sulphur dioxide (SO2), nitrogen oxides (NOx), and particulates that are poured into the air around the world. The Global Burden of Disease Study, an international collaboration, estimates that 1.1 million Chinese die from the effects of this air pollution each year, roughly a third of the global death toll.

Northern China – which is defined as being north of the Huai river – is the area most affected by these high pollution levels, and smog is at its worst in winter when even more toxins are pumped into the air than usual through the burning of coal for heating purposes. (Related: Devastating water pollution now rampant across China.)

Lijian Han and his colleagues at the Chinese Academy of Sciences’ Research Center for Eco-Environmental Sciences in Beijing, recently published a study in the bulletin of the World Health Organization (WHO), warning that the way in which smog is being regulated around the world in the 21st century has not kept up with changes on the ground, leaving people in countries like China vulnerable to dangerous levels of pollution.

While regulatory bodies generally look at these contaminants in isolation, the team looked at them in combination, and found that several cities – including smaller, less industrialized ones – exceeded WHO health limits for a variety of pollutants at the same time. They referred to this phenomenon as “multi-contamination.” (Related: To learn about more environmental issues threatening our planet, visit Environ.news.)

Though China has 15 megacities, each with a population exceeding 10 million, it was the “smaller” cities with populations of between 500,000 and 1,000,000 that had the worst pollution problems. The researchers believe that this is because the megacities have implemented “extensive environmental protection measures,” while the smaller cities have not done so.

Unlike megacities such as Beijing, Tianjin, or Shanghai, these hidden hotspots have rarely grabbed the headlines and have not attracted the attention of state pollution controllers. The paper names four cities that suffered smogs in which all five of the contaminants were above WHO guidelines for more than eight days a year – Dongying, Linya, Weifang, and Zibo. All are in Shandong, an industrial province in northeast China. They have populations of between 1 and 3.5 million; none is among China’s 30 largest cities.