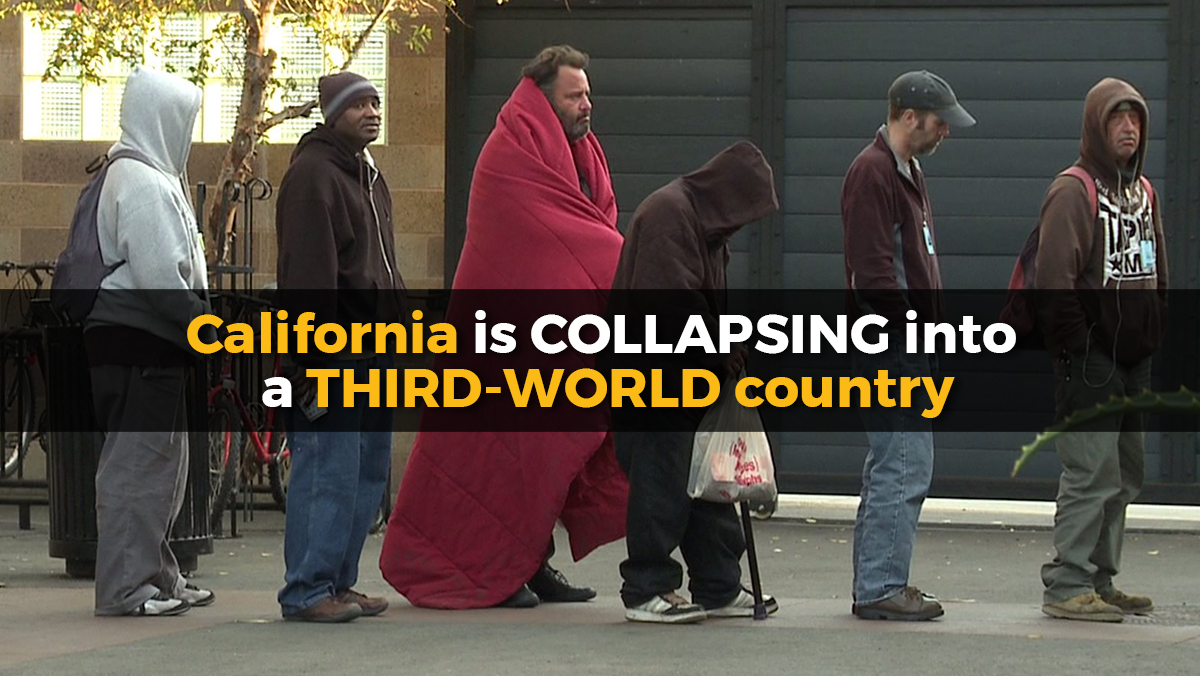 (Natural News) Left-wing Democrats are doing all they can to remake California in their socialist-Marxist vision, ensuring that it will become the first — and most wealthy — state in our union to collapse.

In addition to taxing residents at some of the highest rates in the country, Democrats in Sacramento are set to adopt a new measure that will provide free healthcare to illegal aliens — a move that is surely going to attract hundreds of thousands more just like the Dem-run cities who cater to homeless people have turned vast sections into disease-and-rat-infested trash and dung heaps.

“California believes that health is a fundamental right,” said state Sen. Holly Mitchell, a Democrat, according to the Sacramento Bee newspaper, which added that the Donkey Party is essentially burdening future generations with this new entitlement to thumb their noses at POTUS Donald Trump:

California will become the first state to pay for some adults living in the country illegally to have full health benefits as the solidly liberal bastion continues to resist the policies of Republican President Donald Trump’s administration.

Republicans on the legislative committee negotiating the budget voted against the proposal, arguing it was not fair to give health benefits to people who are in the country illegally while taxing people who are here legally for not purchasing health insurance.

What the legislation will do is extend eligibility to the states’s Medicaid program to low-income illegal aliens who are between the ages of 19 and 25. According to the budget bean counters, the extension is only supposed to cost the state around $98 million a year and, according to The Associated Press, about 90,000 people will qualify, Breitbart Newsreported.

In addition, there will be assistance for middle income families in the state, whose income level would qualify as upper middle class, at a minimum, in several other states ($150,000 a year for a family of four). They could qualify for a $100/month subsidy from the state government to help them cover the cost of soaring premiums that were not supposed to ever rise again thanks to another Democrat healthcare reform catastrophe, Obamacare.

All this will do is hasten California’s economic demise

As noted above, this new benefit for illegal aliens will be paid for by state taxpayers who, for one reason or another don’t have health insurance (including cost and simply choosing not to buy it). Just. Like. Obamacare: Punish people for non-compliance and take away their choice.

Here’s why this is a disaster in the making:

— First and foremost, like the Left-wing homeless policies in many Democrat-run California cities, providing free health care to illegal aliens of any age group will only serve as a magnet for illegal aliens living in other parts of the country. Free healthcare? Why notmove to the best climate in the country for that? When that begins to snowball, the $98 million price tag projection will look more like a down payment than a yearly budget. (Related: Confirmed: California is protecting over 5,000 illegal alien criminals by refusing to hand them over to ICE.)

— This new benefit will eventually be extended to most all illegal aliens — hide and watch. Already, Democrats wanted to extend it to every illegal alien living in the state, but Gov. Gavin Newsom rejected that, citing ‘costs’ of about $3.4 billion (which would still prove to be too low an estimate). Smart. But the push to give all illegals health care isn’t going to simply die off; Democratic Leftists in the legislature won’t let it. When it passes, state taxpayers will be on the hook for tens of billions of dollars.

The state is projected to have a $21.5 billion budget surplus this year, most of that based on the success of the tech industry and that massive California agriculture sector. But like the automobile industry dried up in Detroit and throughout Michigan, these sectors could eventually fade in California, too.

But the entitlements will remain long after the Democrats who passed them are gone. How’s that for spite?

Read more about California’s impending collapse thanks to open borders at Collapsifornia.com and OpenBorders.news.