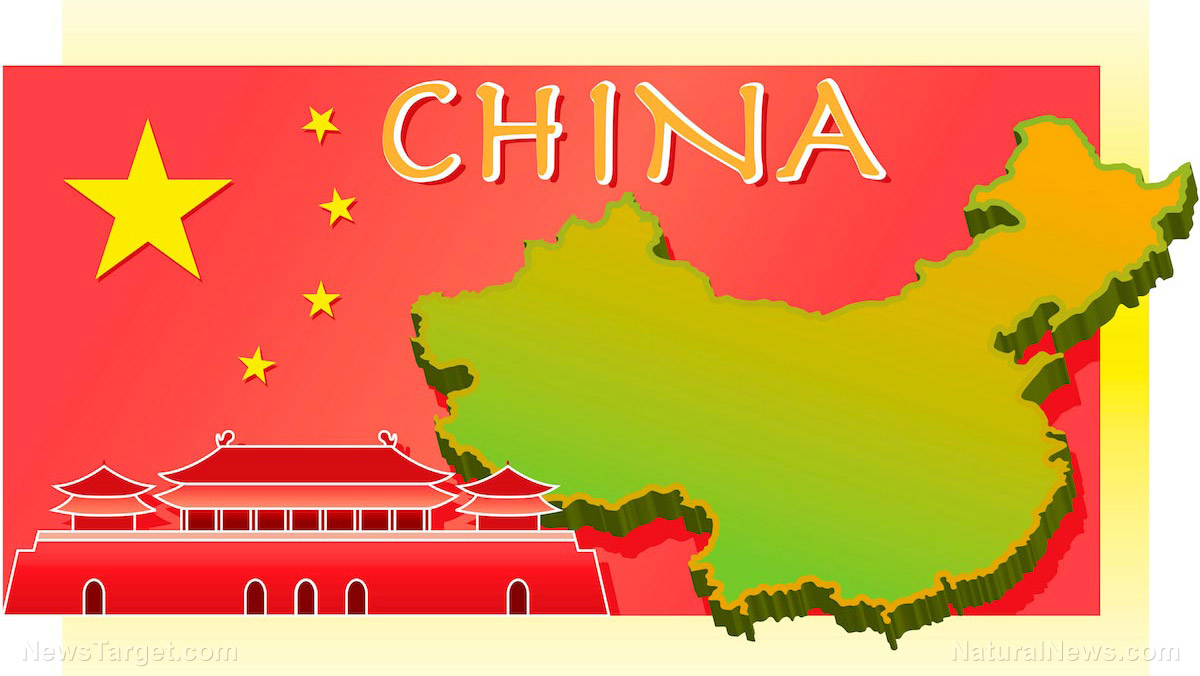 (Natural News) America, it’s time that we ask ourselves a question: Are we a strong, independent nation, or are we going to let China continue to call the shots?

Earlier this week, the Daily Caller reported that the clothing retailer Gap was forced to apologize for making a T-shirt with a map of China that did not meet the communist nation’s standards.

Most of the backlash came from the Chinese social media site known as “Weibo” after it was revealed that the map on Gap’s T-shirt failed to include specific territories like Taiwan, parts of Tibet and Xinjiang, and several islands. In addition to apologizing, Gap pulled the T-shirts from stores in China.

“We were informed the design of a Chinese map on a Gap T-shirt sold in some overseas markets was incorrect,” the clothing retailer said in a statement on Tuesday. “The product has been withdrawn from the Chinese market and completely destroyed.”

A day earlier, on Gap’s official Weibo account, the international brand stated: “Gap Inc. respects the sovereignty and territorial integrity of China. We’ve learned that a Gap brand T-shirt sold in some overseas markets failed to reflect the correct map of China. We sincerely apologize for this unintentional error.”

China’s censoring of American companies is becoming a habit

It’s worth noting that this particular instance of China bullying an American brand into submission isn’t just an isolated incident; this is starting to become a pattern. More and more frequently, China is imposing its will on U.S. businesses and culture, and as a result, American sovereignty is being threatened.

Back in November of 2016, Breitbart News reported that Facebook was working on a censorship tool that would restrict prohibited news sources from user’s timelines as the social media giant prepared to launch in China. In other words, Mark Zuckerberg and his team were willing to sacrifice the First Amendment and the freedom of speech – both of which are embedded in the fabric of American society – in order to comply with Chinese norms. (Related: People with bad social credit in China are now banned from using trains and airplanes.)

“We have long said that we are interested in China, and are spending time understanding and learning more about the country,” said a Facebook spokesperson in an interview with The Verge at the time. “However, we have not made any decision on our approach to China. Our focus right now is on helping Chinese businesses and developers expand to new markets outside China by using our ad platform.”

The real problem is that many companies, like Gap and Facebook, see China as a way to rake in enormous amounts of money. Therefore, they don’t mind walking on eggshells around the country, catering to their every demand, and in some cases, completely altering the way in which they do business. As long as they are still making profits, they have no problem at all with jumping whenever China says “jump.” (Related: China attacked a U.S. pet food company for not using China-based ingredients.)

However, it is important to remind ourselves from time to time that China is still an enemy of the United States, in many respects. In addition to illegally occupying more and more territory in the South and East China Sea, the Washington Free Beacon reported back in 2016 that Chinese spies “repeatedly infiltrated U.S. national security agencies,” which included official email accounts, and also illegally seized U.S. secrets regarding the Pentagon’s war plans for a potential future conflict with the Chinese. If nothing else, this should serve as a stark reminder that China not only tried to intimidate and bully the United States, but also has been, and continues to be, a threat to our national security.