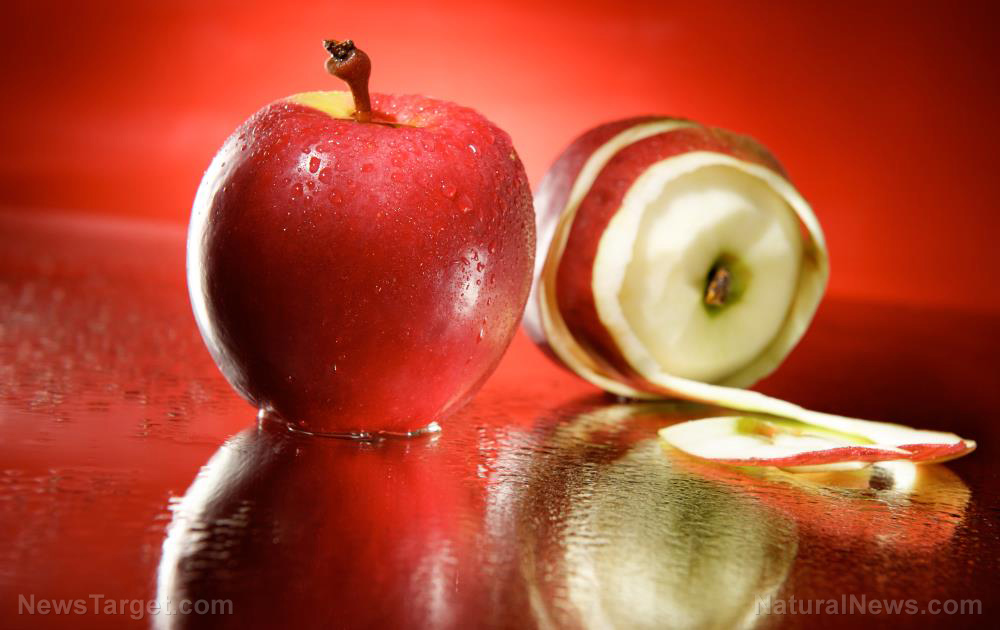 (Natural News) You might already know that the skin is the most nutritious part of the apple, but it is still discarded surprisingly often. In fact, when it comes to applesauce production, significant amounts of apple peel end up heading for compost. Instead of letting all this nutrition go to waste, however, applesauce makers are finding a great use for it in the form of apple peel powder.

One area in which apple peel powder really shines is when it comes to joint health. A study published in the Journal of Medicinal Foodfound that it can improve people’s joint function as well as their range of motion.

One of the more frustrating aspects of ageing is the loss of joint mobility that occurs after years of daily wear and tear start to take their toll on the cartilage in the body. Researchers already know that polyphenol flavonoids like anthocyanins have neuro-protective, analgesic and anti-inflammatory properties, so they decided to look at those found in apple peel in particular. After all, apples have antioxidant and antiproliferative activity that can help protect from oxidative damage. The peel has a particularly high amount of phenolic and flavonoid content compared to the flesh of the fruit.

The 12-week study involved 12 participants with reduced range of motion in specific joints. After eating a total of 4.25 grams of dried apple peel powder daily over the course of the 12 weeks, the researchers found rapid improvements in the shoulders and lumbar area, with the right shoulder adduction/abduction in particular benefiting greatly. The cervical lateral and thoracic rotation also showed significant improvements; in some cases, the improvements were already noticeable just two weeks into the study, along with a reduction in chronic pain.

The researchers believe that the reduction in pain observed in the study is linked to the anti-inflammatory effects of the polyphenols in apple peel. Quercetin in particular has significant anti-inflammatory effects. This flavonoid is found not only in apples but also berries, red wine, tea, and onions. It is believed to help with problems like colds, cardiovascular disease, allergies and inflammation.

The researchers report that the improvements noted were not limited just to each participants’ “problem area;” they experienced general improvements in the function of many of their joints. They called for further studies, including a placebo-controlled dose study, to determine the right doses to use to bring about positive change and to see whether similar results might be found in younger people and athletes.

Apple peels have also shown promise in addressing cancer. In fact, one study published in Precision Oncology showed that the combination of natural compounds found in apple peels, red grapes and turmeric could halt the growth of prostate cancer. They specifically identified the ursolic acid in apple peels as being beneficial.

Although the joint function and range of motion study was a small one, the apple peel powder findings could lead to future treatments that can greatly improve people’s quality of life without subjecting them to any dangerous side effects. Maintaining joint mobility as you get older is essential, especially given the importance of exercise in maintaining good health. It’s also important for people’s mental well-being as it helps them be more independent and takes pressure off of caregivers. It’s findings like these that remind us that many plants have an incredible power to heal.