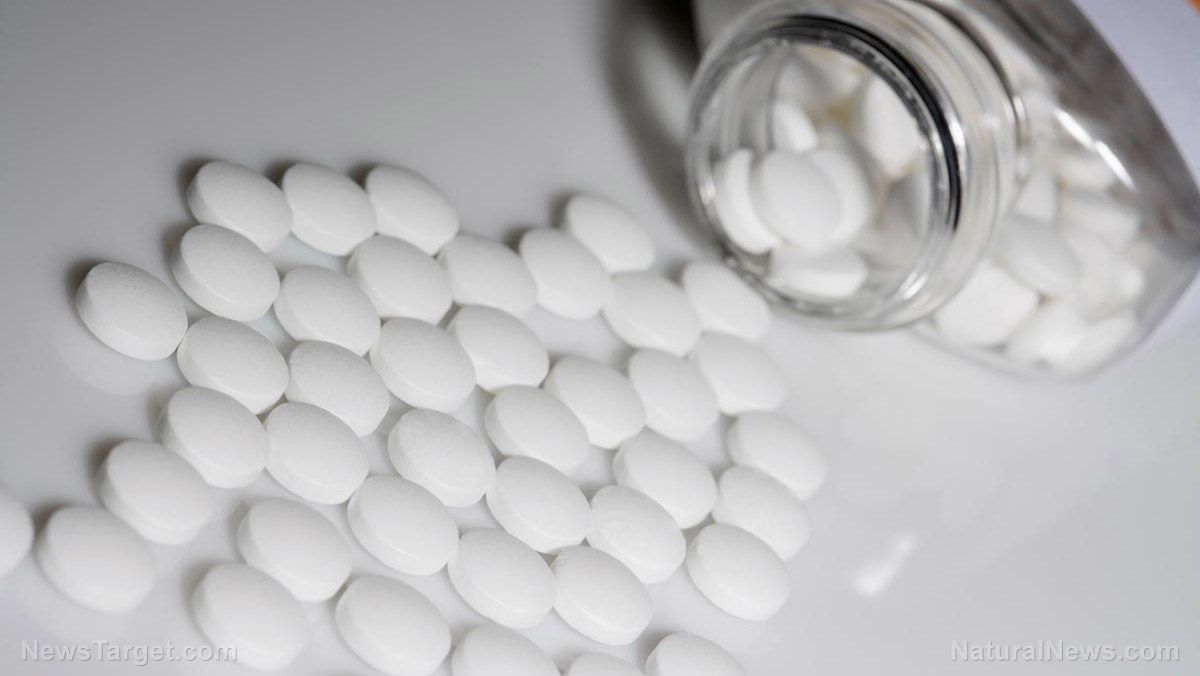 (Natural News) You’ve probably heard that an aspirin a day keeps the doctor away, and although this saying might have a nice ring to it, a new study in the New England Journal of Medicine shows that it doesn’t have a lot of truth behind it. While taking a daily baby aspirin might be good from the aspirin maker’s point of view, the risks could well outweigh the benefits.

Perhaps you’ve heard that taking a small amount of aspirin on a regular basis can reduce your chances of suffering a heart attack, cancer, or dementia. Unfortunately, researchers have found that taking aspirin did not offer any discernible benefits to elderly people when it comes to prolonging their life.

The study looked at 19,000 people aged 65 and older from Australia and the United States across a variety of ethnicities who did not have dementia, cardiovascular disease, or a disability. Participants were either given a placebo or 100 milligrams of aspirin each day and were followed for an average of 4.7 years.

Lead researcher Anne Murray said that the risks of taking aspirin outweigh the benefits for older healthy people. This is largely because taking baby aspirin every day raises a person’s risk of serious bleeding, which is potentially life-threatening. In the trial, the major hemorrhagic events noted typically involved intracranial bleeding and upper gastrointestinal bleeding, which is not something to take lightly. Moreover, because the relative effect of taking aspirin on major hemorrhage risk remained constant over time, the risk of bleeding from taking low-dose aspirin does not go down with continued use.

On top of that, people who took aspirin daily were also more likely to die overall as the aspirin appeared to raise the risk of succumbing to cancer. It was a surprising finding given past evidence that indicated aspirin might actually reduce a person’s risk of colorectal cancer. Although the finding could have been a fluke, it’s worth a closer look. The researchers believe that pre-existing cancers could have had an interaction with the aspirin.

Murray said that a lot of people mistakenly think they should take aspirin because they’ve been told that it’s good for heart problems, even in those who have never had a heart attack. She said there has long been a need to set criteria outlining when healthy elderly people should take aspirin, and that was the goal of this study.

It’s time for broad preventive aspirin use to be curbed

She said that they had been hoping that this inexpensive and accessible medicine could help older people reduce their cardiovascular disease risk and stay independent for longer. Unfortunately, that doesn’t appear to be the case as taking low-dose aspirin did not lead to a significantly lower risk of cardiovascular disease when compared to placebo.

The National Institute on Aging’s Dr. Evan Hadley commented: “This gives pause and a reason for older people and their physician[s] to think carefully about the decision whether to take low-dose aspirin regularly or not. And in many cases the right answer may be: Not.”

Some doctors, like UCLA Interventional Cardiology Director Dr. Ravi Dave, said they would consider taking healthy patients who haven’t had a stroke or heart attack off of aspirin, while others have called for the broad use of aspirin as a preventive means to be phased out.