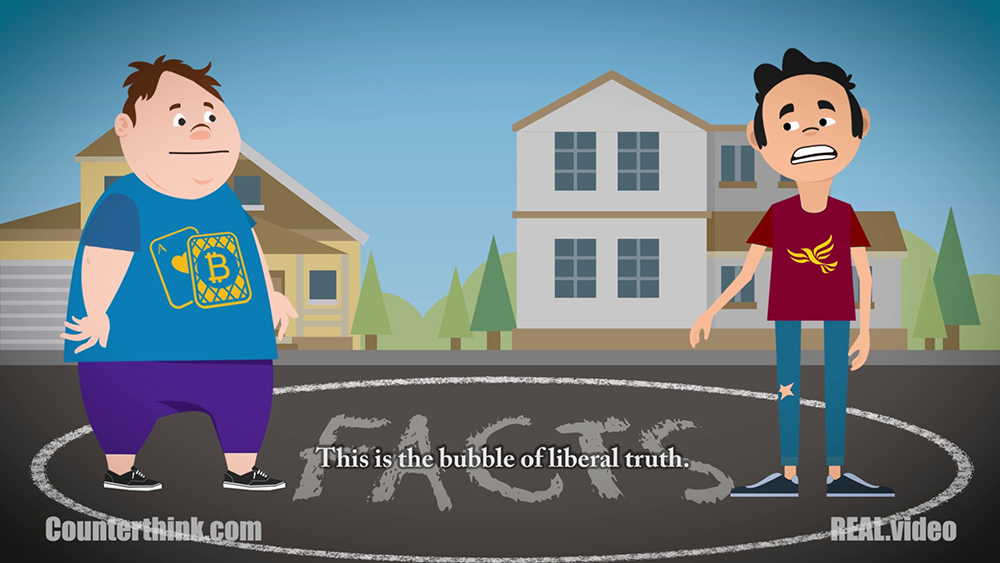 (Natural News) We’ve now reached a point on the insanity curve where Democrats label as “fake” all the real issues facing our nation such as open borders mass illegal migration. At the same time, the issues they label “real” are wholly fabricated, delusional scare stories such as “climate change” or the Russia collusion hoax, which is really just an elaborate political version of the Jussie Smollett hate crime hoax.

Democrats are living in a dream world of horrors they’ve invented to scare themselves into mass hysteria, and they are committed to rejecting whatever reality they don’t like. This is further underscored by the evil tech giants — Facebook, Apple, Google, YouTube, Twitter, Pinterest, etc. — all being run by delusional Leftists who are living in their own “Truman Show” fake world. To make sure no one threatens their false reality, they now censor and de-platform all channels that question their worldview by labeling such content “hate speech.”

To a Democrat, “hate speech” is anything that doesn’t confirm their twisted, fabricated worldview rooted in complete fiction. For example, if you oppose murdering children that are already born — a new “right” the Left has granted women in New York and elsewhere — you are condemned for being involved in “hate speech.” Yet if you openly support murdering children that are born alive, you’re celebrated as being “pro choice” and “pro women.”

The most radical, extreme Leftists like Alexandria Ocasio-Cortez and Kamala Harris believe that babies are not people, that human biology doesn’t exist, that fossil fuels can be shut down nationwide without causing a collapse of food crops, and that government spending doesn’t need to be paid for because it’s an “investment.”

Watch my full Counterthink episode here, which reveals the shocking truth about how Democrats are now living in a delusional, fabricated dream world, making them truly dangerous for the rest of us who are living in reality: