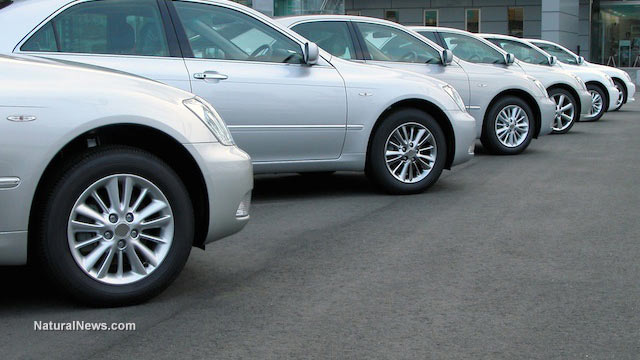 (Natural News) Lots of cars now come standard with built-in cellular networking technology. Whether a car is autonomous or not is completely irrelevant. Car companies have been selling so-called smart cars for many years now.
But just like regular cellphones, which also connect to cellular networks, these cars tend to store personally identifiable information(PII) about you. And this information sometimes gets sold to third-party services. That’s right, smart cars – or connected cars – can be open to pretty much the same exact thing that phones are as far as your personal data and privacy are concerned.
Since they have been around for many years now, you would think that people know all about the happenings concerning smart cars and consumers’ personal data. But a new report from Ars Technica reveals something that is quite alarming: most people have absolutely no idea about just what kind of information their cars might be storing about them. And worse, they also tend to not consider the fact that their data could be sold to third-party buyers afterwards.
The report highlights a couple of different surveys in particular. The first one is from Chetan Sharma Consulting, which showed that in the year 2017, more new cars were added to the country’s cell networks than new cellphones. Considering how fast and how big the cellphone industry has grown over the past decade, that’s a bit surprising. But the numbers don’t lie. The survey also showed that Verizon is set to make up to $1 billion or more out of Internet-of-Things (IoT) services and telematics. Already, there is a huge potential to profit off smart cars and how they operate. And that’s before you even bring the facet of PII into it.
A number of other surveys are mentioned in the report, but the one that’s most interesting is that of Solace, which surveyed a total of 1,500 connected car owners and found that the majority of them didn’t really “trust” the technology behind their vehicles. Although they expressed open skepticism about the ability of connected cars to make driving decisions for them – such as when and where to turn on the brakes – many of them had absolutely no idea that their PII was being recorded and thrown in with the PII of other connected car owners to be sold to a third-party buyer later.
It is said that 48 percent of all the survey’s participants were not aware that their cars could store their data, and only 38 percent of them had any idea that this was going on at all. A bunch of companies are already waiting on the wings to take advantage of this apparent goldmine.
According to Ben Volkow, the chief executive officer of Otonomo, the bundling and selling of PII from connected cars will be a massive new source of revenue for original equipment manufacturers (OEMs) or car manufacturers. He said that they could stand to earn many billions of dollars each year from the data. “[The fuel companies] want to offer you more than fuel,” he said in a statement to Ars Technica. “Many times, the fuel stations are also interested in anonymized data – why do some people always stop, do they take whatever’s available or a specific brand, places to build new stations, and so on.”
In Volkow’s view, drivers will be happy to share their personal data with car companies, just as long as they get some corresponding value out of it. “People tend to be more demanding when it comes to cars; they don’t think of them as the same as mobile devices,” he said. “You have to convionce them there’s a benefit.”
But even if car makers do provide certain perks to go along with their acts of recording and selling user PII, it could still be a massive violation of privacy unless transparent and well-known safeguards are put in place. As the growth of social media platforms has shown, the trade-off is mostly not worth it as the companies amassing the data gain so much and give users far too little in exchange. Connected cars could end up going down the same road that social media sites did, as far as user privacy and user data are concerned, and it might be a good idea to nip this one in the bud before it’s too late.
Find out more about guarding your privacy in PrivacyWatch.news.
Sources include:
ArsTechnica.com
ChetansCharma.com