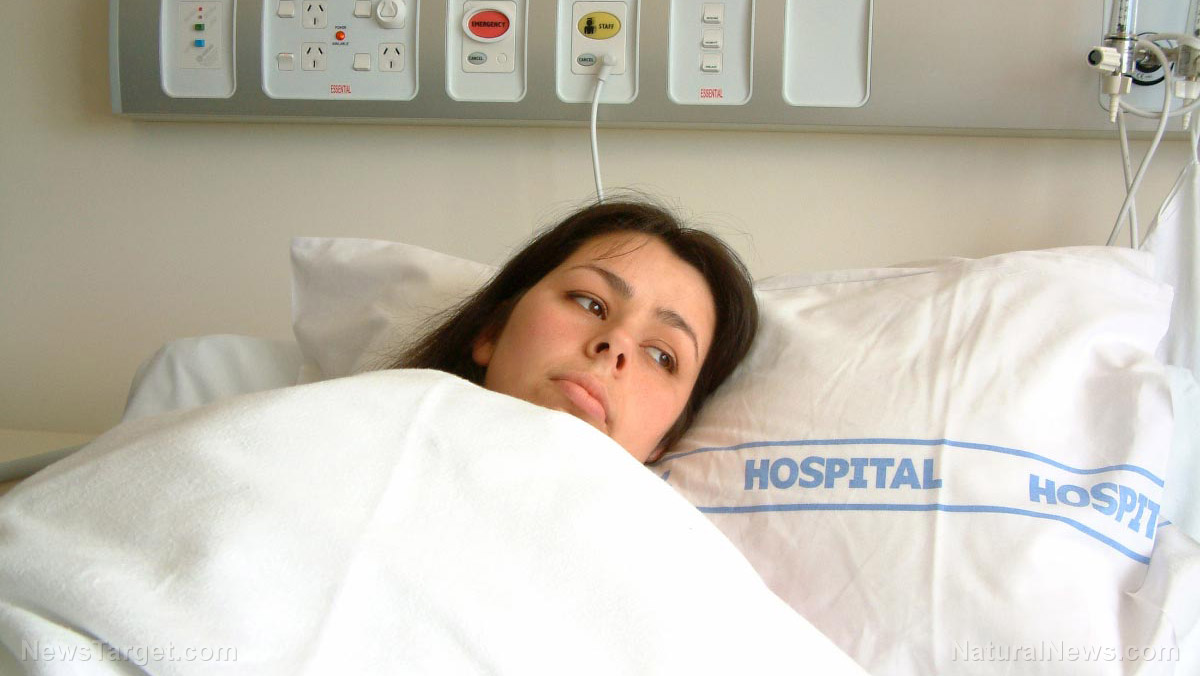 (Natural News) Anyone who has visited a loved one in a hospital in recent years will be familiar with the hand sanitizing pumps scattered all over the ward with signs encouraging visitors to disinfect their hands before making contact with patients. While all that visible sanitation may feel comforting, the reality is that the possibility that you or your loved one may end up with a hospital acquired infection (HAI) remains high despite these measures. Some of these infections can be deadly, and they lurk in unexpected places.

As reported by Science Daily, an often-overlooked source of such infections are hospital privacy curtains which are washed far less often than other hospital linens but which are touched repeatedly by doctors, nurses, visitors and others. A recent study published in the American Journal of Infection Control (AJIC), found that these curtains, if not carefully and regularly washed, can become breeding grounds for antibiotic-resistant superbugs like methicillin-resistant Staphylococcus aureus (MRSA). (Related: MRSA superbug infections now killing more Americans than AIDS.)

MRSA is a disease caused by a strain of Staphylococcus bacteria, and it is dangerous because it has become resistant to treatment by multiple antibiotics and other medications. According to StaphInfectionResources.com, it can cause serious and even life-threatening complications:

There are actually many different kinds of MRSA and Staph aureus bacteria, called strains. Each strain has different ways of infecting people and unique ways of protecting itself from antibiotic treatments. An antibiotic that works for one strain may be useless against another. Some strains of MRSA can cause deadly and aggressively spreading infections (such as flesh-eating infections). However, most MRSA infections are milder and easier to treat, though roughly 50% of people report recurring MRSA infections that won’t go away. …

MRSA can also change over time and mutate from one strain to another. Like a monster with many heads, MRSA can be a moving target that’s hard to hit with the right treatment. One of the biggest challenges with MRSA is finding an antibiotic that will stop the infection. Quite often several antibiotics will be prescribed in succession before finally finding one that works, and sometimes people find that no antibiotic will cure their infection.

Knowing how dangerous MRSA is, scientists are eager to uncover its hiding places. As such, the research team tracked contamination rates for 10 newly laundered privacy curtains in the Regional Burns/Plastics Unit of the Health Services Center in Winnipeg, Canada over a 21-day period. Virtually contamination-free at the outset, by day 14, over 87 percent of the curtains tested positive for MRSA. Control curtains that were not put in patient rooms remained contamination free for the entire study period.

Interestingly – and scarily – none of the patients in the rooms where the curtains were tested had MRSA themselves. Instead, the contamination occurred on parts of the curtains that were frequently touched by caregivers and visitors, suggesting that it was this direct contact that was spreading the disease. (Related: Widespread hospital infections by antibiotic-resistant CRE bacteria prove the danger of U.S. healthcare facilities.)

The study’s lead author, Kevin Shek, BSc, noted that since the majority of the curtains were already contaminated by the second week, it is evident that these items need to be washed far more often than they usually are.

“Because privacy curtains could be a mode of disease transmission, maintaining a schedule of regular cleaning offers another potential way to protect patients from harm while they are in our care,” added Janet Haas, president of the Association for Professionals in Infection Control and Epidemiology (APIC). Learn more about hospital-acquired infections at Superbugs.news.