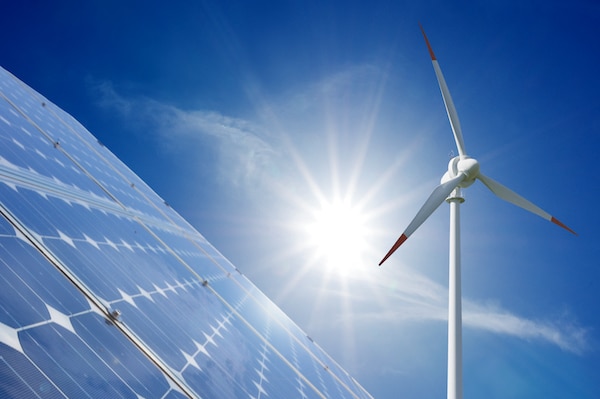 International Man: Politicians, the media, and large corporations promote solar and wind energy as replacements for fossil fuels. Western governments are trying to pick winners and are subsidizing wind and solar energy to the tune of billions.

Doug Casey: Solar and wind energy can be useful. But generally only for special applications or remote locations where regular power is uneconomic or unavailable.

Wind and solar make no sense for mass power generation, however. They’re completely unsuitable for a complex industrial civilization. The Greens aren’t trying to solve a technological problem but make an ideological statement. Which is fine, except they’re doing it at the public’s expense. Meanwhile, the public has been so propagandized that they now feel it’s morally righteous to be hornswoggled.

No problem if someone feels that covering his rooftop with solar panels can cut his electricity bill and pay back the cost in 7 or 10 years—which is roughly the case today. It’s something else entirely if a government puts a society’s electrical grid at risk in order to virtue signal.

Don’t get me wrong. I’m all for alternative methods of generating energy. Geothermal can work in places like Iceland, where near-surface magma hotspots currently generate around 30% of their electricity. Tidal power works in certain locations. As does hydro, although it’s increasingly unpopular because dams inundate a lot of land, silt up, displace the locals, destroy existing fauna and flora, and eventually collapse.

It’s a fact solar tech has been improving for decades. For instance, there’s been an annual 3000KM race across Australia for solar cars since 1987. They’re still basically experimental toys, but they get faster every year. Still, it’s only possible in a place like the Australian desert where the sun is usable 12 hours a day, every day. Any kid who’s played in the sun with a magnifying glass can tell you solar power is real—but that doesn’t mean that it’s suitable for base-load power in an industrial civilization. Someday we may use gigantic collectors in high earth orbit to capture the sun’s power and beam it down to earth by microwave. But that’s for the future.

So-called “green” technologies will continue developing and getting cheaper. Excellent. But progress will be much faster if entrepreneurs make the necessary decisions for economic reasons rather than bureaucrats for political reasons.

Coal and natural gas still make sense for mass power generation, but the real answer is nuclear in today’s world. It’s by far the safest, cheapest, and cleanest form of power generation. And it would be far safer, cleaner, and cheaper if only it wasn’t treated as such a bugaboo. We’d now be using very small, foolproof, ultra-cheap, self-contained thorium-powered nuclear plants if it wasn’t for the obstructionism of the Greens and their allies.

Unfortunately, governments everywhere, driven by uninformed and misinformed public opinion, are trying to make solar and wind the exclusive sources of power. Public opinion is shaped by leftists. They have almost completely captured academia, the mass media, celebrities, corporate boards, and other centers of influence. It’s perverse that coal and natural gas are being made artificially uneconomic because they have to be stopped and restarted constantly during times when so-called alternative energy can’t generate adequate power. There’s apparently no limit to political stupidity; the German government is committed to closing down their remaining two nuclear plants by the end of 2022. No matter that most of their natural gas comes from Russia…

A good case can be made that the whole green movement is actually insane. I’m not at all convinced they’re even well-intended. These people are like poisonous watermelons, green on the outside, red on the inside.

Absent this intervention in the market, would EVs be economical? Will EVs ever be able to exist without government support?

Doug Casey: Speaking as a lifelong car guy, I like the idea of electric vehicles (EVs). Their low center of gravity means they tend to handle much better than cars with internal combustion engines (ICE). They can accelerate faster and achieve speeds just as high as ICE cars. They have only a fraction of the moving parts of ICE cars. And battery technology keeps improving; even now, you can get 300, 400 miles, or more of range. At least when it’s not too hot or cold out.

The main problem with EVs at the moment is that they can be inconvenient to charge. But there’s a much bigger problem on the way. If the world goes to EVs in a big way—which they want to do—the grid won’t be able to handle all the power needed to run them. The transmission capacity doesn’t exist, and new high voltage lines are a real NIMBY issue. That’s entirely apart from the fact that the main baseline power simply won’t be there in a world of wind and solar.

Innovation, technology, and capital accumulation can solve those problems. But in the kind of highly regulated and highly taxed world that the Greens advocate, we’ll have constant blackouts and higher costs. People are afraid that fossil fuels are going to run out, but they won’t. The Stone Age didn’t end because we ran out of stones, nor will the fossil fuel age end because we run out of hydrocarbons.

If technology is free to develop, better forms of power will appear. In the meantime, the answer is nuclear and fossil fuels, of which there are hundreds of years of supply left. In the meantime, subsidized “green” or “alternative” power isn’t the answer. If something needs a subsidy, it’s because it’s uneconomic. And if something is uneconomic, it means you’re destroying capital, not building capital. You’re making the world poorer, and poor countries have a hard time making technological advances.

Electric vehicles have a great future, but both the grid and power plants will have to evolve greatly to make them viable on a big scale. They shouldn’t be legislated into existence, which is what’s happening now. The result will be another major crisis.

Are these things really as “green” as the average person thinks they are?

Doug Casey: No. Greenism is a sham and a delusion. It’s an example of a meme that has spread not because it’s true—it’s not—but because the public feels that “everybody” believes it, and therefore it must be true. People who know nothing about basic chemistry, physics, or science, in general, think magic can happen. It’s really like a religion that way.

They confuse scientism with science, much the way they confuse Marxism with economics. An early example was the attempt to impose something called “energy accounting.” It’s largely forgotten now. They disregarded costs in terms of dollars and cents, trying to compute costs by figuring how much energy one thing might use as opposed to another. It became insanely complicated, impractical, and actually irrational. In the real world, some forms of energy are worth more than others, depending on time, place, and circumstances. Just as Marxists believe that all labor is equally valuable, energy accounting assumed all energy was equally valuable.

Windmills and solar collectors are the two basic technologies that Greens are relying on. They overlook the fact that constructing windmills takes a lot of concrete, steel, copper, exotic metals, and petroleum-based plastics, plus a lot of power to build the giant structures. Their blades have limited lifespans, can’t be recycled, and have to be thrown into landfills. The same is true of solar panels. They’re actually a long-term blight upon the environment.

Once again, it’s fine to use windmills and solar for personal convenience, special situations, or remote locations. Otherwise, they make no sense at all—except to ideologues who want to virtue signal.

International Man: According to the consulting firm McKinsey, getting to “Net Zero” carbon by 2050 would cost $275 trillion in capital spending on physical assets by 2050, or $9.2 trillion a year.

It’s a ridiculous amount of money and an impossible proposition. Yet, governments are enthusiastically jumping on board with this plan.

Is Net-Zero a giant swindle? How does it end?

Doug Casey: Net Zero means getting down to net-zero carbon emissions. That’s actually insane. Partly because it would direct even more power and resources to the State and partly because carbon is a good thing.

Carbon is the basis of all life; you shouldn’t try to eliminate it. It’s as if the Greens have declared war against the Periodic Table of the Elements. Uranium, sulfur, fluorine, chlorine, cadmium, and lead have long been declared enemies. Someday I expect they’ll discover that argon is almost 1% of the atmosphere and will ask the government to “do something” about that too. God forbid they discover that nitrogen, which is 20% of the atmosphere, is key to making most explosives…

Why? Greens seem unaware that through most of the earth’s history, the amount of carbon dioxide in the air has been many times what it is now. And as a result, the earth was covered with massive forests, giant plants, and animals. Carbon is conducive to life.

In fact, 130 parts per million is the minimum amount of carbon dioxide in the atmosphere necessary to sustain plant life. It’s plant food. Believe it or not, we’re at the ragged edge of killing both plant life and ourselves if we reduce it much further. The amount of CO2 may be going up, but there’s little proof that humans are to blame. Most of it is because of natural forces, like volcanism.

Global warming is tied to the reason we’re supposed to hate carbon. But climate change is largely controlled by the sun, in combination with a myriad of other factors ranging from cosmic rays to the changing tilt of the earth to possibly the solar system’s rotation around the galaxy. Contrary to the hype that saturates the planet, there’s plenty of reason to believe the climate is now headed towards a long cooling spell. Don’t worry about Global Warming. It’s the least of our problems.

Warm is good, cool is bad, from the point of view of life, civilization, and everything else. The Greens have everything upside down and backwards. I think a good case can be made that they don’t love nature nearly as much as they simply hate humanity, including themselves.

International Man: The green agenda will cause unimaginable government-caused distortions in the economy.

What are the investment implications?

Doug Casey: If they continue along this path—and it appears that they will—huge amounts of capital will be misallocated or destroyed. Trillions of dollars will be wasted by governments for political reasons. A huge amount of debt will be incurred, devastating the standard of living of future generations who have to repay it—exactly when all the solar collectors and windmills have to be junked.

If we continue along this way, it’s going to be an economic disaster, making the world poorer, not richer. When the world gets poorer, unhappy people will start wars to blame somebody else for the problem or steal resources.

The US economy is being Sovietized. Which is to say, directions increasingly come from apparatchiks and political cadres, as opposed to letting people decide what they want in the market. If you value democracy, the only democratic way of organizing things economically is to let the market decide. But in a Green society, humans and markets are seen as the enemy—things to be reduced and eliminated.