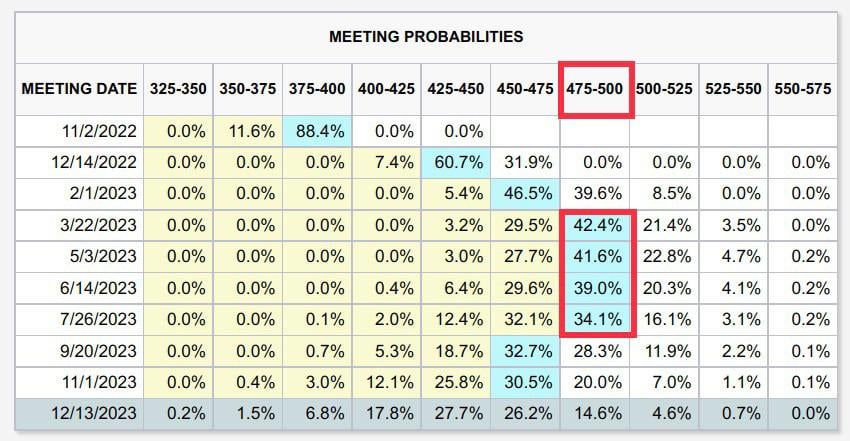 Following news that the BoC follows the RBA in reducing their rate hikes, signals at best the Fed may do the same at the next FOMC, or at least CBs are already pivoting! Yet, #Gold and #Silver fall slightly while the DXY tries to rally. Bullion Banks risk getting run over here!

Another day, another drop… Thats the story of truckload spot rates this week, as the reality of a very ugly “peak season” sets into the US trucking market. Spot rates dropped $.03/mile overnight, reaching a new cycle low of $1.67/mile (net fuel). pic.twitter.com/Azet8NGxVW

“If you take a step back and look at GDP, it’s gone effectively nowhere over the last year,” says Mark Zandi, chief economist at Moody’s Analytics. “One quarter or two it’s down a bit. This quarter it’s up a bit. But net-net, we’re kind of treading water.”

After two straight months of declines, analysts expected a modest rebound in US durable goods orders, and they did, rising 0.4% MoM in preliminary Sept data (less than expected +0.6%) with August being revised upwards to a very small rise…