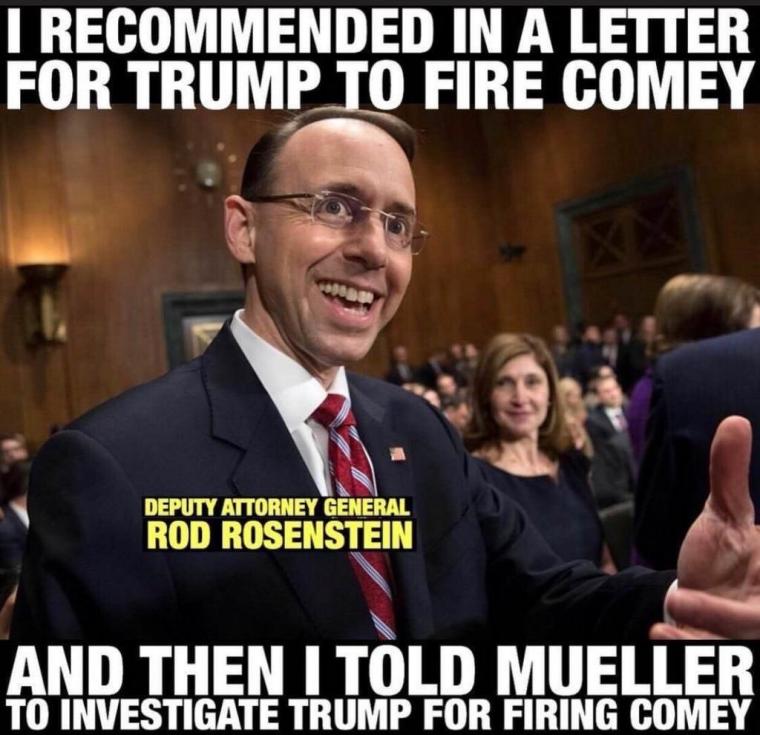 A federal judge lost his temper on Friday during a Manafort hearing and accused special counsel Robert Mueller’s team of prosecutors of using the case just as a pretext for trying to oust Donald Trump from office. District Judge T.S. Ellis told Mueller’s prosecutor Michael Dreeben: “You don’t really care about Mr. Manafort’s bank fraud”, arguing that Mueller’s team is only interested in the President’s impeachment or prosecution. Judge T.S. Ellis is a Ronald Reagan appointee and during the Friday hearing, he ordered the US government to disclose the Rosenstein memo full monty, i.e. unredacted, while stating that: “We don’t want anyone with unfettered power”.

The federal judge scoffed at Muller’s team argument about the Rosenstein memo has to be kept under wraps due to ongoing investigations and, of course, national security reasons, and he ordered them to provide the American public with the full memo within 2 weeks, or to provide a valid explanation why not. T.S. Ellis slammed Mueller’s special counsel team, summing it up as: “We said this was what [the] investigation was about, but we are not bound by it and we were lying.”  All this is happening after word got out in DC about Mueller preparing to subpoena President Trump. On Thursday, Rudy Giuliani who is currently serving as the POTUS’ personal lawyer was quoted as saying that he gives Trump a 50-50 chance that he’ll be subpoenaed by Mueller’s special counsel. By the way, I recently heard that Mueller’s team just requested 70 blank subpoenas. Trump’s gardener might need a lawyer if this keeps going much longer.

READ  What Will The Democratic Party-Dominated Federal Government Mean For The Economy?

About subpoenaing the POTUS, Trump needs to tell Mueller to shove it where the sun don’t shine and either impeach him following the legal procedure or get lost. The thing is, you can’t indict a sitting president in a criminal case, i.e. this is all a stupid game. Since Mueller first indicted Paul Manafort and Gates, people (including myself) have asked repeatedly what on Earth has tax and bank fraud (allegedly committed years before the election) got to do with Russia and ‘collusion’? Finally now we’re seeing a Justice ask that very question.

If Mueller was really looking for Russian collusion, then they should be subpoenaing the DNC, Obama and Hillary because, so far, those are the players that have done the colluding and CONSPIRING to illegally influence the outcome of an election.

Being as the investigation has indeed uncovered conspiracy and collusion on the part of Democrats, there are a few things for Mueller to answer to:

This is all per Mueller’s original charter regarding “Russian Collusion”. The collusion and even conspiracy have been found. But the players involved (Obama, Hillary, DNC) are not being brought forth. Why? Every passing day this becomes more clear. The 800 lb Gorilla in the room is the CO-Conspirator – Mueller  himself!!

You know what is awful about all this circus? A lot of innocent people around President Trump have been ruined in this witch hunt, and I mean that literally, as some had to sell their houses to pay for their legal bills (like General Flynn, and he’s just one example). Nice people, people who just wanted to be involved in our government and our  elections. And that’s because Mueller is not concerned with actual justice. He’s not a legal operative, but a political operative masquerading as someone who cares about the law. Him and his team of DEM donors are nothing but a lynch mob, while the one who owns all this mess (AG Jeff Sessions) is allowing it to proceed, even if he has complete power to put the kibosh on Mueller’s investigation at any time. If there’s a God in heaven, hopefully this fine judge will require Mueller and his team of jackals to fully reimburse Manafort (and all the victims of this witch hunt by the way) for all of his legal bills, out of their own pockets, not taxpayer money. I read yesterday that the Mueller investigation has blown through almost $17 million to date. Those biased, Hillary loving, Trump hating lawyers charge a lot to ruin people’s lives…