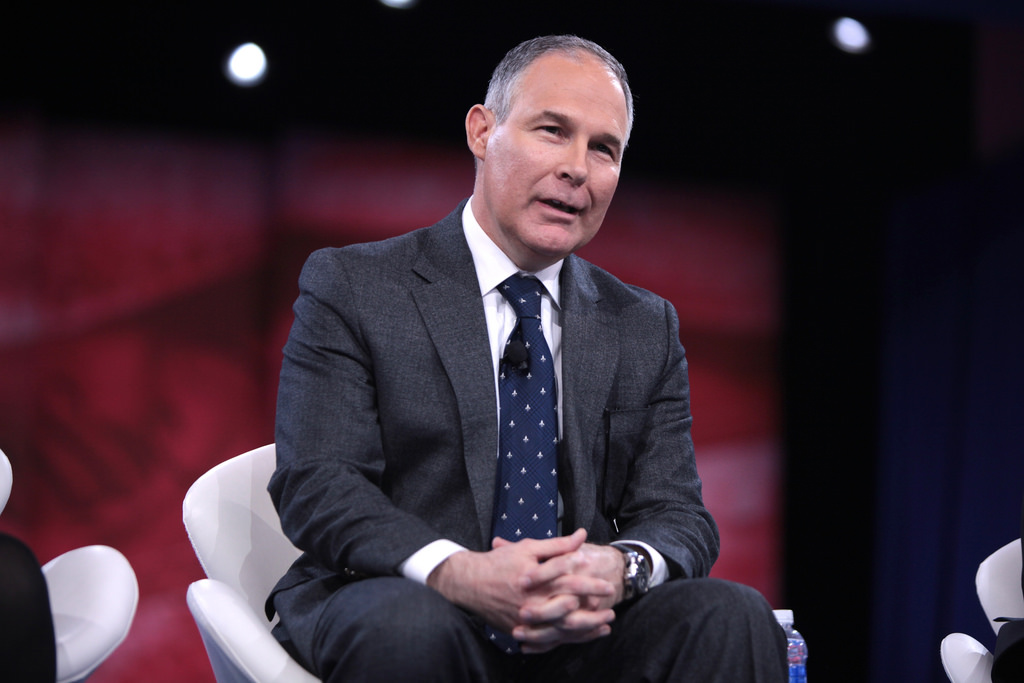 (Natural News) When it became clear that Donald J. Trump would win the Republican Party’s presidential nomination, no shortage of establishment GOP types attempted to convince his supporters that the billionaire businessman and real estate mogul was no Ronald Reagan.
Last August pretend conservative Sen. Jeff Flake of Arizona — one of Trump’s most vociferous critics (who is ‘retiring’ because he knows he’ll get beat in his reelection bid this year) — claimed “there’s not a Trump wing of the Republican Party,” and “I don’t recognize this party.”
Another frequent critic and pretend conservative William Kristol, co-founder of the little-read Weekly Standard, was quoted by his own magazine in August 2016, three months before the election, saying that Trump was “discrediting conservatism,” and that Trump “needs to be separated and severed from conservatism.”
“And every Republican and conservative who cares about the future of the Republican party and conservatism needs to say now, I really do believe this, needs to say now, ‘I’m not with Trump.’”
(Kristol, mind you, was doing all he could to undermine Trump by, in part, urging Mitt Romney to run for a third time.)
Kristol, Flake, and other GOP #NeverTrumpers all said the same thing: He’s no conservative! Run!
Except that one year into Trump’s presidency, it’s obvious he’s been even more conservative than the once-conservative gold standard, Reagan:
— He’s cutting red tape, bureaucracy, and regulations
— His ‘America first’ agenda is about as red state as it gets
— He continues to support the Second Amendment even as it gets battered by the Alt-Left
— He is waging a legitimate legal campaign against illegal immigration
— He has ended anti-American trade agreements and climate change deals
— He is nominating constitutional judges to the federal bench, including Supreme Court Justice Neil Gorsuch
And more than anything else, Trump is nominating and the Senate is confirming dyed-in-the-wool conservatives to run his federal agencies.
One of them is former Oklahoma state attorney general Scott Pruitt, who is busy de-weaponizing the Environmental Protection Agency. (Related: Trump’s EPA chief Scott Pruitt pledges “originalism” for an agency over-politicized by the Obama administration.)
“I talked last year about the future ain’t what it used to be, that Yogi Berra quote that I cited about the change that was gonna take place at the agency and I think we’ve been about that change the last year,” he told The Daily Signal in an exclusive interview.
“Focusing on rule of law, restoring process and order, making sure that we engage in cooperative federalism as we engage in regulation,” he said. “But the key to me is that weaponization of the agency that took place in the Obama administration, where the agency was used to pick winners and losers. Those days are over.”
As Oklahoma AG, Pruitt sued the EPA on a number of occasions over Obama’s restrictive and expensive climate change regulations that did nothing to actually improve the environment but went a long way towards putting the hurt mostly on energy companies.
And he’s not the only presidential nominee heading a federal agency that was ‘weaponized’ under Obama. As the Washington Post reported:
Ben Carson, named to head the Department of Housing and Urban Development, has expressed a deep aversion to the social safety net programs and fair housing initiatives that have been central to that agency’s activities. Betsy DeVos, named education secretary, has a passion for private school vouchers that critics say undercut the public school systems at the core of the government’s mission.
As for the EPA, Americans need someone there who will de-weaponize the agency and end its corrupt relationship with anti-environmental corporations like Monsanto. Recently, officials from the EPA and Monsanto were found to be in collusion with an effort by the biochemical giant to prevent a safety review of its top-selling herbicide, Roundup.
No doubt that Hillary Clinton — or Jeb Bush — would never have appointed such conservative, small-government types to head up the federal government’s far-too-powerful agencies. Read BigGovernment.news for more coverage of government follies.
J.D. Heyes is also editor-in-chief of The National Sentinel.
Sources include:
EPAWatch.org
DailySignal.com