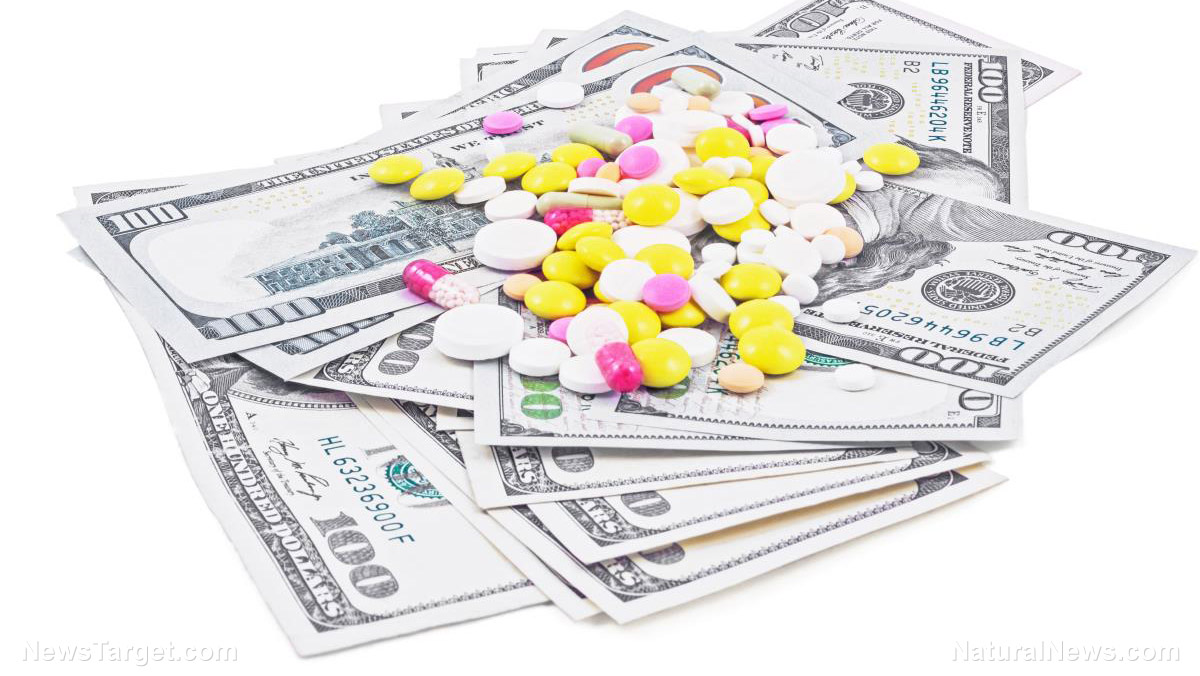 (Natural News) Pharmaceutical companies exist for one reason, and one reason only: to separate as many people as possible from as much of their hard-earned money as possible. And the yearly ritual known as “flu season” seems to be the formidable “Black Friday” event that generates the highest windfall profits for the legally-sanctioned drug cartel known as Big Pharma, which, as many of our readers already well know, relies on fear and panic to sell its overpriced and oftentimes deadly chemical poisons.
This year’s influenza “pandemic” is, of course, no exception. With media reports claimingthat a record number of people are now dying from this particularly vicious strain of H3N2 that’s reportedly circulating, demand has apparently never been higher, as people rush out to purchase expensive medications and flu shots that they believe will help them to avoid the worst of the disease.
Thousands of people are allegedly dying from this year’s flu every week, which is good news for Big Pharma’s bottom line. The mainstream media is openly admitting that drug companies, including those that manufacture flu shots, stand to reap as much as $2 billion from all the fear and hysteria over this year’s pandemic flu – and you can be sure that the CEOs of these corporations are grinning from ear to ear over the prospect of breaking all profit records.
“There are five companies that make flu shots recommended by the Centers for Disease Control and Prevention this year: Sequirus, GlaxoSmithKline, Sanofi Pasteur and Protein Sciences,” explains Natalie Rahhal, writing for the DailyMail Online. She notes that each of these companies is seeing massive increases in flu shot sales as a result of all the flu hysteria.
“For a private sector customer, a flu shot costs between $15.64 and $21.12 per dose, according to the Centers for Disease Control and Prevention (CDC).”
So what does this translate into for each company? For Sanofi Pasteur, revenues are up about 21 percent, which has netted the company roughly $617 million in additional sales. GlaxoSmithKline (GSK) has seen about an 18 percent increase in sales – and this is on top of the 76 percent growth the company saw during the last quarter of last year when the media first began hawking the deadly threat of the upcoming flu season.
A shocking $136 million of GSK’s $675 million in annual sales came during the fourth quarter of 2017 alone, demonstrating the power of the media in driving scared people to purchase more drugs and vaccines for their “protection.”
“Everyone, financially, is benefiting from this,” stated Dr. Gerard Anderson, a public health professor at Johns Hopkins University’s Bloomberg School of Public Health about the record-breaking profits being garnered by Big Pharma. “It’s the American way.”

But it doesn’t stop there. According to reports, the drug industry is so greedy that, on top of all this extra profit, it’s further taking advantage of Americans by increasing the prices of other medicines that people rely on for relief during flu season. Drug shops like CVS and Walgreens have consequently seen massive increases in their revenue as well, as dollar signs fall from the sky on the backs of public health.
“These drugs cost very little to manufacture and people are being charged 100 times what it costs to make the drugs and often these are drugs that are no longer on patent, so it’s pure profit,” added Dr. Anderson, referring to drugs like Tamiflu that, as we’ve previously pointed out, don’t even work.
“The hope is that they use the profits to develop new and better vaccines for the flu, because the current one is not very effective. That’s the hope, but the reality is that they are probably going to have very good financial years.”
Sources for this article include:
DailyMail.co.uk
NaturalNews.com