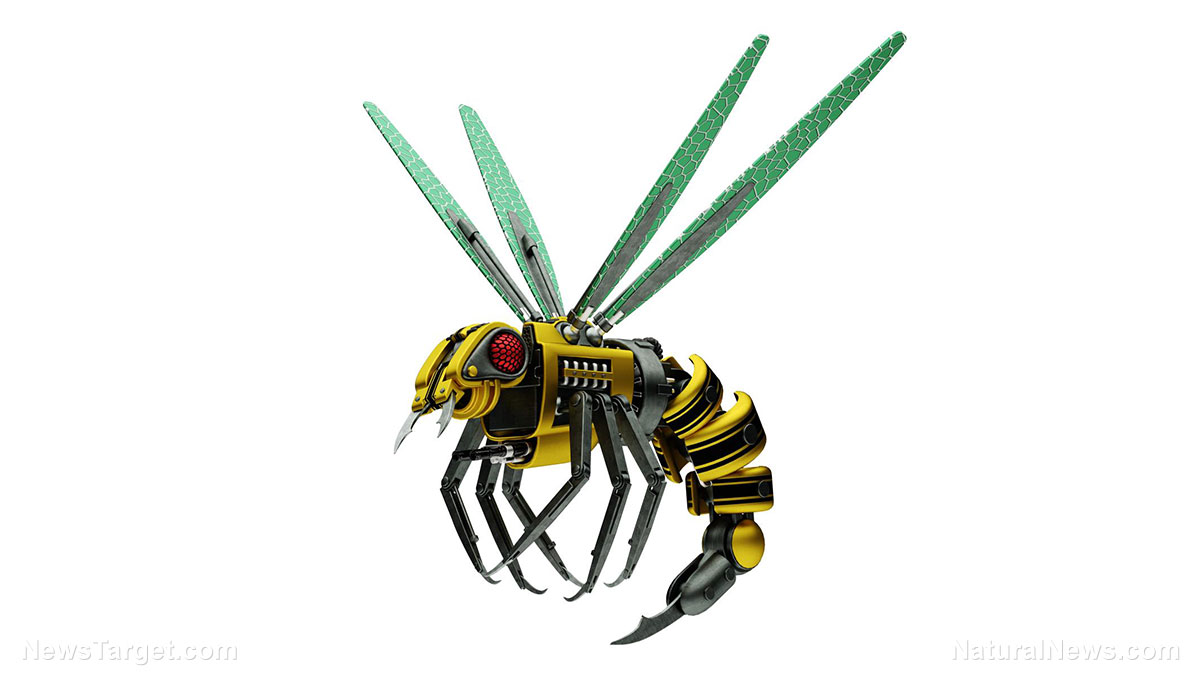 (Natural News) The invention of robot bees – robobees, for short – could be the long-awaited solution to all sorts of problems caused by the dwindling bee population all around the world. Just in case you haven’t heard, the world bee population has been steadily declining. As a result, a number of different environmental problems have emerged. With bees not fulfilling their role as far as pollination is concerned, some flowers and trees are unable to grow.
But things could change rather drastically with the introduction of robobees, as they could stand in for real bees in the meantime. This is according to Shashi Shekhar, one of the world’s foremost experts on mapping, citing the potential of robobees for serving as instruments in solving the catastrophic food shortages happening worldwide. Shekhar shared his thoughts on the matter as a speaker in the world’s biggest science conference. In his view, the time to embrace bee-sized drones to do things like pollinate crops.
According to a report, Shekhar sees the eventual use of robobees as a mere contingency if not a full necessity. “This is a back-up plan,” he explained. “With climate drying, if you look at areas like California and the West, you are losing lots of trees. If you lose the trees that’s the beginning.” Of course, with the loss of trees in forests, you can probably imagine what will be next to go, as there are a lot of animal species relying on them to survive.
Shekhar isn’t the only one who’s looking forward to a future where robobees are prevalent in case things ever truly go south for the environment. It is said that Japanese scientists have already developed a remotely controlled drone that’s as small as a dragonfly and can be used for the act of pollination. Meanwhile, U.S. scientists have also joined the fray. American researchers are currently planning to create an even smaller version of the above, focusing on the ability to carry pollen grains from one place to another and do it autonomously, at that.
That last part is a little bit tricky, as autonomous drones are not as simple as their manually-controlled counterparts. But research and development efforts for them are already under way.
According to Eijiro Miyako from Japan’s National Institute of Advanced Industrial Science and Technology, he has personally assisted in the making of a drone that can carry pollen grains between flowers by following the principle of cross-pollination that is present in nature. The drone that he developed along with his colleagues measures only four centimeters wide and weighs a mere 15 grams, but it can get the job done. In testing, it is said that it can cross-pollinate Japanese lilies with ease thanks to its horsehair-coated bottom panel. For a manually controlled drone, that’s not a bad result at all.
Although their cross-pollinating drone works perfectly fine for now, Miyako’s team is looking to improve it even further.
They plan to develop autonomous drones that can be used by farmers to pollinate their crops much more easily. The technology for these certainly exists, but it will be a matter of integrating them all together properly and making the individual components work as one.
“We hope this will help to counter the problem of bee declines,” said Miyako in a statement. “But importantly, bees and drones should be used together.”
When you think about it, you’ll realize that the idea of using drones right alongside bees makes perfect sense. After all, bees haven’t gone completely extinct yet. And drones still aren’t perfect, so it could be a great idea to combine their efforts to get the best of both worlds.
Read more about bees and their rapid decline in Bees.news.
Sources include:
Mirror.co.uk
NewScientist.com