The writing was on the wall, people had been realizing the things they were told weren’t accurate and had begun questioning the MSM’s narrative on the germ.

The statistics, as predicted by the Oxford University model in favor of the Imperial College model were beginning to show the truth…and that was a huge problem.

The stress the MSM put this country under during the past few months was incredible. They had people so afraid of dying that citizens were turning in their own neighbors for going out or having gatherings. They had ignited the fuse to a fucking bomb and were beginning to realize they’d be in a very bad position if they continued getting caught fabricating news stories, hiring IG models to pretend to be crying nurses, telling people the hospitals were overflowing etc. They had also succeeded in pitting the citizens of this country against each other.

Eventually the truth would be widely exposed, either by them admitting they had it wrong or the people inevitably realizing they’d been bamboozled. That bomb would explode and it would impact these news outlets, greatly.

Then, footage of a white police officer murdering a black man began circulating the internet. This was the distraction they’d been waiting for and they jumped all over it. Within days, major cities would be burning and the White House would go dark. All the while the MSM seemingly forgot all about the new Black Death supposedly coming to kill everyone.

All that stress, all that frustration and anger about the “New Normal” coupled with the divide amongst the citizens finally blew up, but not at the MSM for which it was intended. Instead, it blew up on the country in which the citizens resided….

And the MSM couldn’t be more relieved. 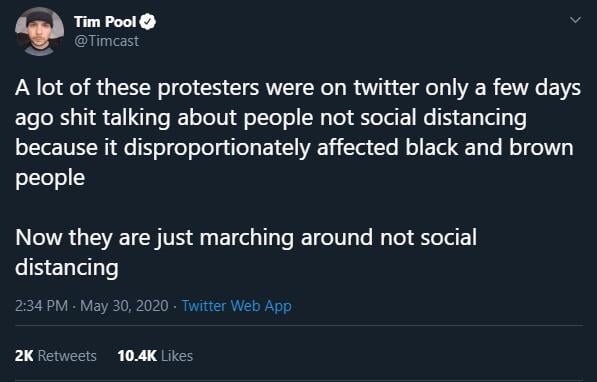