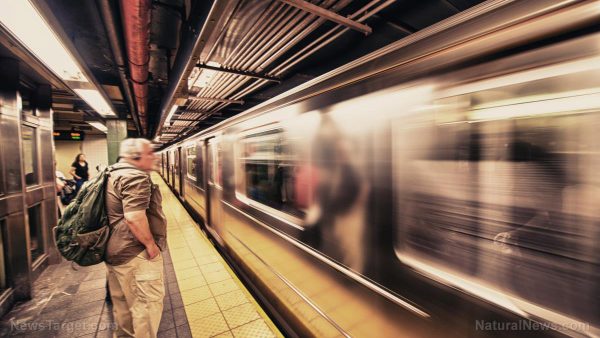 (Natural News) The government agency in charge of all things train-related in the U.K. has spoken: Hydrogen-powered trains are going to become the new standard mode of transportation on the country’s train tracks starting 2020 onwards. And it’s going to be done in conjunction with a move to completely get rid of diesel-fueled trains by 2040.

Indeed, U.K.’s Rail Safety and Standards Board (RSSB) has already begun working with French company Alstom to turn its plan to rely on hydrogen-powered trains a reality. The country is said to be in the middle of a long-term attempt at making its longstanding railway standing much more environmentally friendly, and now this move should be a highlight in what many are hoping to be a successful effort.

According to Mark Philips, the chief executive of RSSB, he and his agency have the full support of Transport Minister Jo Johnson, who remarked that he “would like to see us take all diesel-only trains off the track by 2040.” In Philips’ view, Alstom is the perfect partner for such an endeavor, as they already have a working product that can be used and much-needed knowledge, expertise, and resources to carry the plan through.

“We welcome the Minister’s ambition to reduce carbon emissions from the railways,” said Philips. “In 2015, we co-funded a £7 million [about $9.9 million] pilot of a battery-powered train with industry partners, and we are working with Alstom to pilot a hydrogen-powered train.”

Philips praised Alstom for its iLint train, a “full emission-free train” currently operating in Germany. While it is said only to emit steam and condensed water, it remains capable of traveling at 140 kilometers per hour and a range of up to 800 kilometers before needing to recharge. It really is the perfect fit for a country like the U.K. as it can help revolutionize the existing railway system by cutting down on harmful emissions.

The Alstom iLint is said to combine hydrogen with oxygen drawn from the surrounding environment in order to generate electricity, and as it runs, it only produces water vapor as a waste product. It runs on lithium-ion batteries, which efficiently store energy and can even release excess electricity, and employs a smart management system to deploy its energy as effectively as possible.

As of this time’s writing, a total of 14 different iLint trains are scheduled to arrive in Lower Saxony in Germany, and that’s just for the year 2018. This particular batch is expected to serve as a blueprint for similar “green initiative” projects that are planned for the U.K.

According to the Department for Transport, hydrogen-powered trains like the Alstom iLint could turn out to be “potentially a solution” for the U.K.’s modernization of its regional rail transport. There are a number of lines in the country that haven’t been electrified yet, but that could change as soon as hydrogen-powered trains begin operation.

Overall, this development is seen as a good thing by many people, but not everyone is convinced that it is the right move to make at this time. According to Maggie Simpson, an executive director at Rail Freight Group, hydrogen-powered trains may indeed “show promise for lightweight passenger trains,” but their “application for heavy duty freight is at best unproven.”

“Setting an arbitrary deadline of 2040 could well, therefore, be counterproductive, damaging the case for investment,” she added.

Whether or not she’s right, only time will tell.