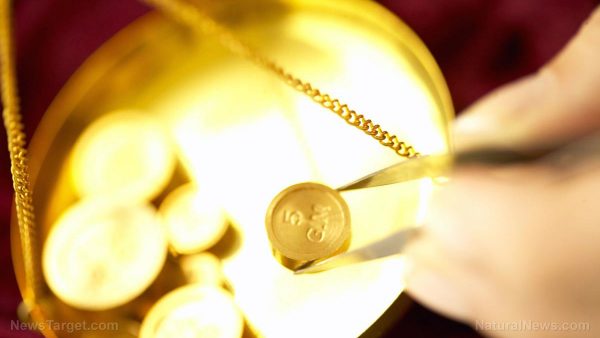 (Natural News) For those among us who feel safe and secure – perhaps even a little smug – about the value of the U.S. dollar, convinced that a Venezuela-type crash of the currency could never happen in the United States, this article is sure to come as a shock. Gold Switzerland recently reported that in the two decades since 1999, the dollar has devalued against gold (real money) by over 80 percent.

The currencies of countries like Argentina and Venezuela were once strong and appeared just as invincible as the U.S. dollar. Nonetheless, Argentina has suffered one economic setback after the other in the last few decades, leaving the Peso 95 percent weaker than it was in 2001. Venezuela is no better, with a currency that has lost 99.7 percent of its value against the U.S. dollar since 1995.

Figures like these should serve as a wakeup call to the financially complacent among us.

As Gold Switzerland noted, if wealthy Argentinians and Venezuelans had kept their savings in gold – the only “real” money – they would be in a very good position right now. In fact, they would be living “like kings in their home country.”

Very few [people] hold gold or understand the importance of gold for wealth preservation purposes. They don’t understand what is happening in Argentina and Venezuela will also happen in many Western countries. I also meet people with less wealth and most think that having gold is ridiculous and serves no purpose. “You can’t eat gold” is a very common remark. They don’t realise that people in Venezuela can’t eat the Bolivar either but if they owned gold, they would be able to buy food or whatever else they needed.

Von Greyerz explained that a decision by President Nixon in the 1970s to decouple monetary value from the value of gold has led to a “money printing bonanza,” leaving a trail of destroyed currencies in its wake and creating huge asset and credit bubbles around the globe. He referred to this as a “global Ponzi scheme” which has created massive overvaluing of global assets.

All these bubbles are destined to pop at some point, resulting in chaos and leaving millions financially destitute. (Related: Overstock chairman comes out as a prepper – $10 million in gold, months of food stored away for employees to survive coming crash.)

Von Greyerz believes that when that happens, Western countries will do precisely what failed economies like Argentina, Venezuela and Zimbabwe have done – they’ll print money, and lots of it. This will cause inflation to spiral out of control and interest rates to skyrocket. Economic collapse is sure to follow. (Related: Be prepared by bookmarking Collapse.news.)

A 100-year historical chart by MacroTrends.net shows that though prices have fluctuated up and down over the years, overall the value of gold has consistently risen. While an ounce of gold would have cost you just over $482 back in 1915, that same ounce would now set you back $1,310.05.

The dollar, on the other hand, is “backed by nothing but debt” and its collapse is inevitable. The national deficit has consistently increased year after year since 1957 – a trend that is not sustainable indefinitely.

Perhaps we should all be following their lead?