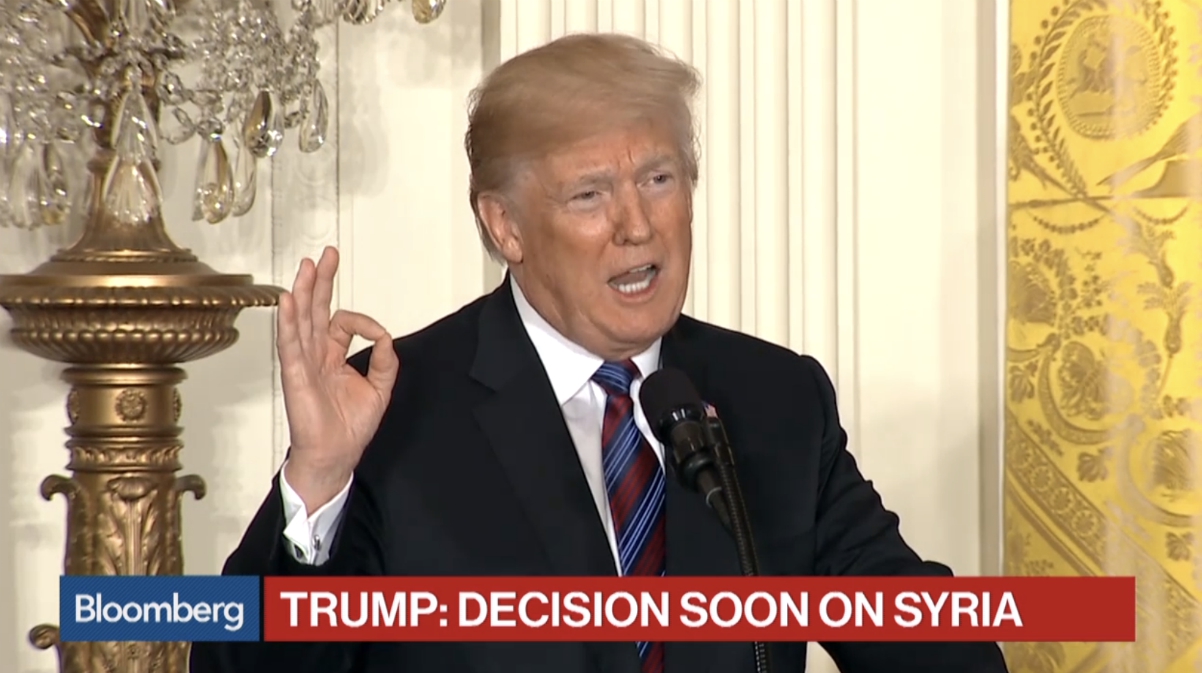 (Natural News) So far in his presidency Donald J. Trump has managed to outsmart the politicos and the media hacks, remaining several steps ahead of them as they work daily to obstruct his progress and tear down his administration.

But when it comes to dealing with the Deep State — that combo of media elites, party bosses, the intelligence community and the military-industrial complex — the president seems less sure of himself.

That may help explain why he may have been duped into launching — with British and French assistance — his latest attack on Syria under the guise of President Bashar Assad’s use of chemical weapons against a rebel faction last week.

Few are disputing that an attack occurred; where the dispute lies is in who is responsible for it.

Trump says he is as certain this time as he was last year when he ordered strikes against Assad for a separate chemical attack. The French have said they have the evidence as well. So what’s the problem?

The problem is none of this really adds up.

Few dispute the 2017 chemical attack, and most believe that Trump was correct to ‘punish’ Assad for it. But this time is different.

For one, Assad has all but won the seven-year civil war. ISIS has been beaten back, most rebel groups have been defeated or marginalized, thanks to the assistance he was given by Russia and Iran, and the U.S. has backed away from regime change as its primary objective in the country (focusing instead only on ISIS). Heck, Trump even said in recent days he’d like to get all U.S. forces out of Syria within months.

So why would Assad risk global condemnation when victory is well within his grasp and the Americans are looking for the exit sign?

Also, there is this. Last week The National Sentinel reported that British journalists in Syriawere implicating rebels, not Syrian government forces, in the latest poison gas attack. They claimed that the Syrian rebels in Douma were “staging” the corpses of dead children in order to stoke emotions in the West and provoke precisely the strikes against Syrian government installations that Trump agreed to and ordered early Saturday.

One BBC reporter, Riam Dalati, even tweeted, “Sick and Tired of activists and rebels using corpses of dead children to stage emotive scenes for Western consumption.” He eventually took it down but a former Scotland Yard detective and counterterrorism officer preserved the tweet and tweeted out his own warning about the rebels and staging.

Yesterday a BBC journalist (see above) posted a rare admission that #Syria rebels & activists are manipulating photos of dead #Douma children for western media propaganda purposes. Today the BBC journalist has deleted his tweet but, for the record, a screen shot of it is here pic.twitter.com/MvZ9OjHV5P

“Yesterday a BBC journalist (see above) posted a rare admission that #Syria rebels & activists are manipulating photos of dead #Douma children for western media propaganda purposes. Today the BBC journalist has deleted his tweet but, for the record, a screen shot of it is here,” Charles Shoebridge wrote.

The White Helmets are, according to the group’s website, a civil defense and rescue organization. And while there is little evidence to suggest this organization is anything other than what it claims to be, it’s hard to simply discount what these British witnesses are saying. They are, after all, on the ground in the war-torn country.

We may never know. But for now, what we do know is that America appears to be sleepwalking into yet another conflict in the Middle East.

As such, his once-staunch supporters — including Alex Jones, Michael Savage, Ann Coulter, and others — are publicly denouncing the president. Because this is not what he ran on.

Just a week or so ago Trump was saying he wants U.S. troops out of Syria soon. He said he wants to focus on rebuilding America. He said the U.S. has spent $7 trillion on wars in the Middle East and Afghanistan in 17 years.

Upping the ante with a massive missile strike over a controversial chemical attack doesn’t sound much like pulling out.

Stay up to date on this and other related stories at NationalSecurity.news.