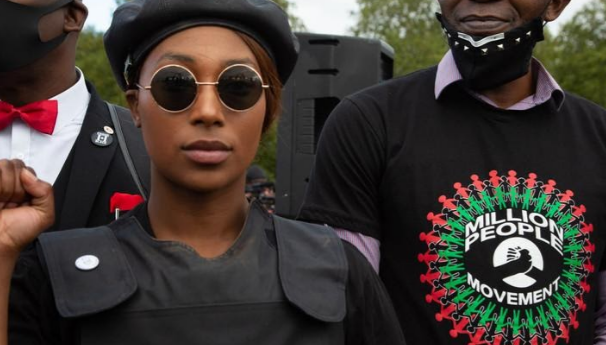 It’s not a secret anymore, at least for people who are paying attention, that the US labor market is in crisis. The crisis, or more precisely the huge distortion in the job market, is due to the Biden regime’s crazy unemployment benefits.

According to a recent article from ZeroHedge, but let me quote:

Finally, confirming the overheating in the labor market sparked by “Biden’s trillions” and the tsunami of unemployment benefits which has prompted a wave of revulsion toward work in general, in April the level of quits – or people leaving their job voluntarily due to better prospects elsewhere – soared by a whopping 384K to a record 3.985 million, after rising by 185K and 77K in the previous two months. The number of quits increased in a number of industries with the largest increases in retail trade (+106,000), professional and business services (+94,000), and transportation, warehousing, and utilities (+49,000).

What’s missing from the ZH article is the 5,500,000 workers aged 60-64 that retired due to covid, many earlier than planned.

These highly skilled workers no longer had the desire to participate in the woke corporate world (critical race theory indoctrination, pro BLM/anti-white brainwashing, forced vaccinations etc.), and thanks to big companies’ failure to properly train workers, they now complain about a lack of millennials knocking on their doors.

So, what’s going on here?

The Biden administration is going to start making monthly expanded child tax credit payments in July. Those four to six little paychecks every ghetto mama and illegal leech carry around are going to pay better than any minimum wage job. And you don’t have to wait until tax time anymore either.

See also  REVEALED: 78% of woke ESG funds that Biden wants 401(k)s to invest in UNDERPERFORMED by 15% first half this year

For a lot of those “single mothers”, they are going to get close to $20k tax free. Add in the expanded Covid SNAP benefits that are being made permanent, and there is another $1400 per month. At tax time, you’ll see around $5000 in EIC.

Even if Target and Walmart pay $15 per hour, you are only at $32k max, and they’ll take taxes out. Your real pay will be around $27,000 if you are working 40 hours a week, and you’ll lose most of your government benefits.

What would you choose? Wal-Mart 40 hours a week, or sitting on your ass pulling in at least $41k in government benefits?

When you add all the programs, your package is worth at least $78k a year.

The choice is easy.

Working for a living loses every time.

The only people who want to work in this economy are the ones that have to and are in debt up to their eyeballs struggling to make the monthly nut, i.e. they bought crap they couldn’t afford to satisfy their instant gratification needs.

However, on the long term, this system of rewarding laziness becomes indentured servitude, as huge swaths of the population are becoming completely dependent on government handouts.

And that was the plan from the beginning; the Globalists’ wet dream (UBI rings a bell?).

The truth is that hard times make hard and dependable men, but easy and free times make soft unreliable men.

Today, young people without skills, talent nor education sit on couches, play video games, get high and complain about “low wages” and “crappy” jobs, but most have no idea about real crappy jobs.

“I have seen the future, it is murder”…