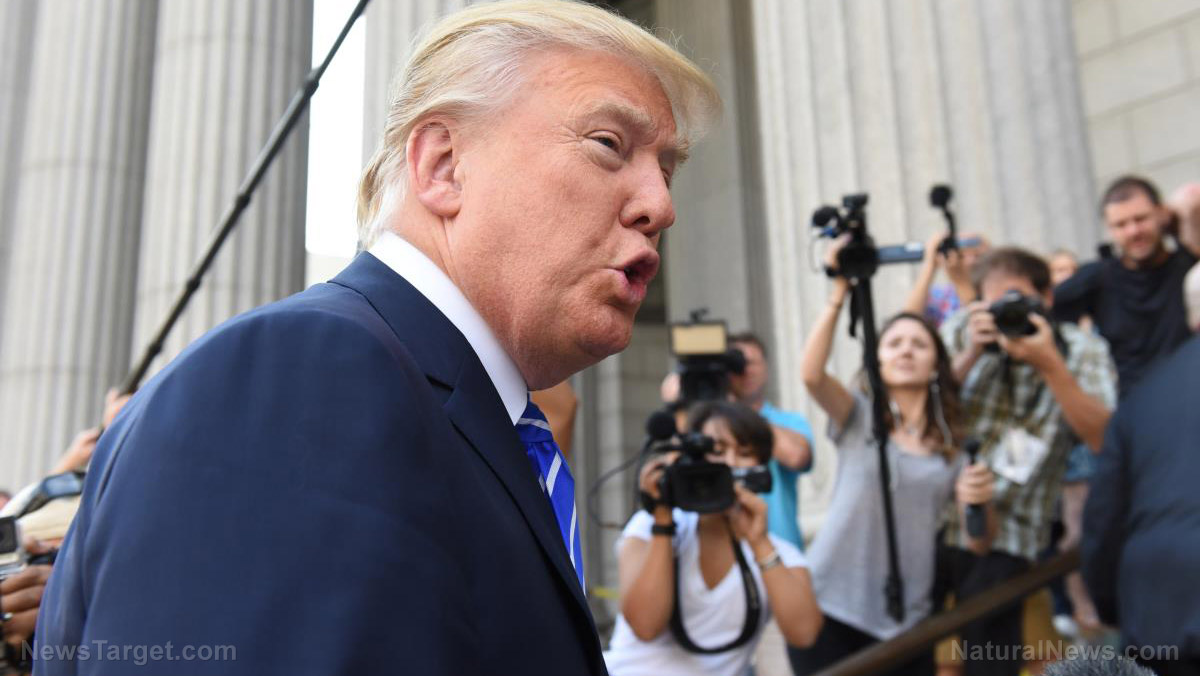 (Natural News) Earlier this week the Editorial Board of The Washington Post published a piece that actually blamed Hurricane Florence on POTUS Donald Trump and, by default, every other major storm to hit the U.S. since he became a “climate change denier.”

While ‘praising’ the president for tweeting out a number of warnings to those living in Florence’s path, the board then wrote this:

Yet when it comes to extreme weather, Mr. Trump is complicit. He plays down humans’ role in increasing the risks, and he continues to dismantle efforts to address those risks. It is hard to attribute any single weather event to climate change. But there is no reasonable doubt that humans are priming the Earth’s systems to produce disasters.

Translated: Trump hasn’t drunk the crank Left’s ‘human-caused climate change’ Kool-Aid so it’s his fault we’re getting all of these massive storms. Oh, and the fault of everyone who is also a climate change skeptic.

Seriously, have you ever read anything so stupid in your life? The claim that human beings are responsible for changing weather patterns and massive storms is the biggest political hoax of all time because, unlike the Post editorial board claims, there is no hard-and-fast data proving beyond “a reasonable doubt” that “humans are priming the Earth’s systems to produce disasters.”

Case in point: As Florence approached the Carolinas, not only had the storm changed paths from where residents were told she would make landfall earlier this week, but it has also become far less powerful. (Related: Epic rainfall from Hurricane Florence could burst dams in Virginia, warn state officials.)

The answer is “yes” if you believe the Editorial Board morons at the Washington Post.

Of course, the board cherry-picked research data that ‘prove’ their point about human-caused climate change, if not Trump:

Kevin Trenberth, a climate researcher at the National Center for Atmospheric Research, co-wrote a May paper showing that Harvey’s cataclysmic wetness came from the unusually hot Gulf of Mexico water that fed the hurricane before it slammed into Texas. “Harvey could not have produced so much rain without human-induced climate change,” he and his colleagues concluded. Now Florence is feasting on warm Atlantic Ocean water. “The ocean is warming up systematically,” Mr. Trenberth said, explaining that, though natural variation can turn surface temperatures up or down a bit, the oceans’ energy content is inexorably rising. “It is the strongest signal of global warming,” Mr. Trenberth added.

Conflating “unusually hot Gulf of Mexico water” with “human-induced climate change” is not scientific research, it’s a conclusion based on a belief, and one that very probably is politically induced.

And that’s the problem here: Too much Left-wing opinion and speculation are being passed off as hard-and-fast evidence-based scientific conclusions, which are then used to “prove” the climate deniers wrong.

That said, there is no dearth of hard-and-fast evidence-based science proving just the opposite of what the climate hoaxers are claiming. As noted by former NASA scientist and noted climatologist, Dr. Roy Spencer, U.S. government data show that the 36 most destructive hurricanes have not increased in intensity over time (a phenomenon that also was not influenced or controlled by POTUS Trump).

Hurricanes have become costlier in terms of dollars because over the last several decades more infrastructure was build closer to coastlines – it wasn’t due to higher intensity storms.

So, whatever “climate change” is, one thing is for sure: It can’t be related to human activity.