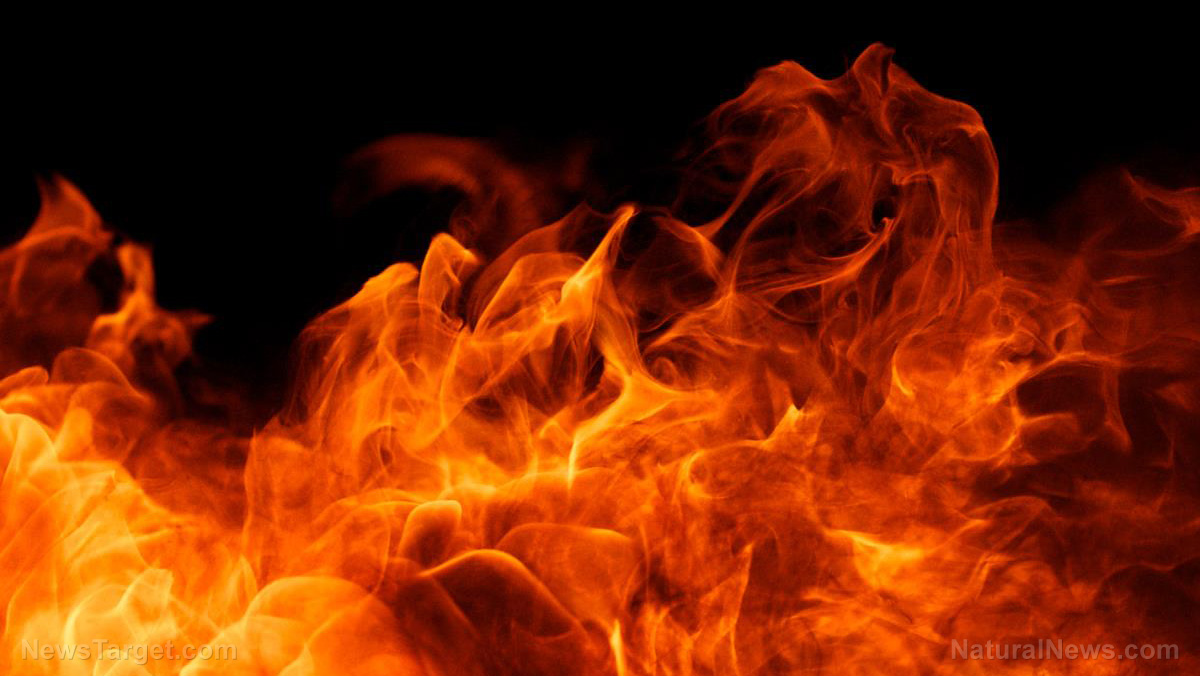 (Natural News) Back in the summer, it was reported that the Amazon rainforests of South America were on fire due to “climate change.” But it has since come out that these fires may have actually been intentionally started by Hollywood actor Leonardo DiCaprio and a cohort of leftist “philanthropists” carrying out what you might call an environmentalist false flag attack.

As bizarre as it might sound, Brazilian President Jair Bolsonaro has publicly accused DiCaprio and various operatives working for a handful of nongovernmental organizations (NGOs) of setting these Amazon fires on purpose. This accusation comes after Brazilian police found evidence of wrongdoing, which prompted them to arrest five volunteer firefighters from the Alter do Chão brigade on charges of arson.

According to reports, these firefighters were arrested not long after police raided the offices of Projeto Saúde e Alegria (PSA), also known as the Health and Happiness Project. They seized computers, documents, and other evidence suggesting that alleged do-gooder organizations and famous personalities, including DiCaprio, set the fires on purpose in order to propagate their fictitious global warming narrative.

For more related news about the hoax of climate change and global warming, be sure to check out ClimateScienceNews.com.

Bolsonaro, as you may recall, expressed suspicion at the time of the fires, telling the media that “NGOs and suspicious people with cameras” were involved. Since that time, it has been alleged that DiCaprio had people from an “ecological” NGO set the fires, takes photos of them, and sell them back to DiCaprio for $500,000.

“The Operation Fire of Sairé, which concluded that the fire that struck an Environmental Preservation Area (APA) in the tourist district of Alter do Chão in September this year had involvement of NGOs (non-governmental organizations),” reads an English translation of an article recently published at the Brazilian Veja.abril.com website.

“Police officers served four pre-trial detention orders against members of the Alter Fire Brigade,” this report went on to reveal.

According to local police, a two-month investigation uncovered evidence that the Alter do Chão brigade had “caus[ed] the episode,” meaning members of this group started the fires intentionally.

“Seven search and arrest warrants issued by the 1st Criminal Court judge, Alexandre Rizzi, were also fulfilled. The operation is being coordinated by the Santarém Specialized Agricultural Conflict Police Station (Deca) and the Research Support Center (NAI), with the support of the Interior Police Directorate (DPI).”

This is the current state of climate hysteria, by the way. Climate fanatics are so obsessed with believing in man-made climate change that they’re actually resorting to hiring real-life men to make it. Because man-made climate change doesn’t actually exist, in other words, climate lunatics have made it a top priority to force it into existence through arson, lying, and just the right amount of propaganda optics.

“The U.S. should investigate DiCaprio and his sick organization to see if this is their plan, and where else they set up these fake and dangerous situations,” wrote one commenter at The Gateway Pundit.

“Not only is it criminal, it is against the laws of nature to cause the deliberate destruction of the Amazon, its wildlife, and people to further the “climate change” agendas of hypocrites like DiCrapio who reportedly paid $500,000 for photographs of the inferno!” wrote another.