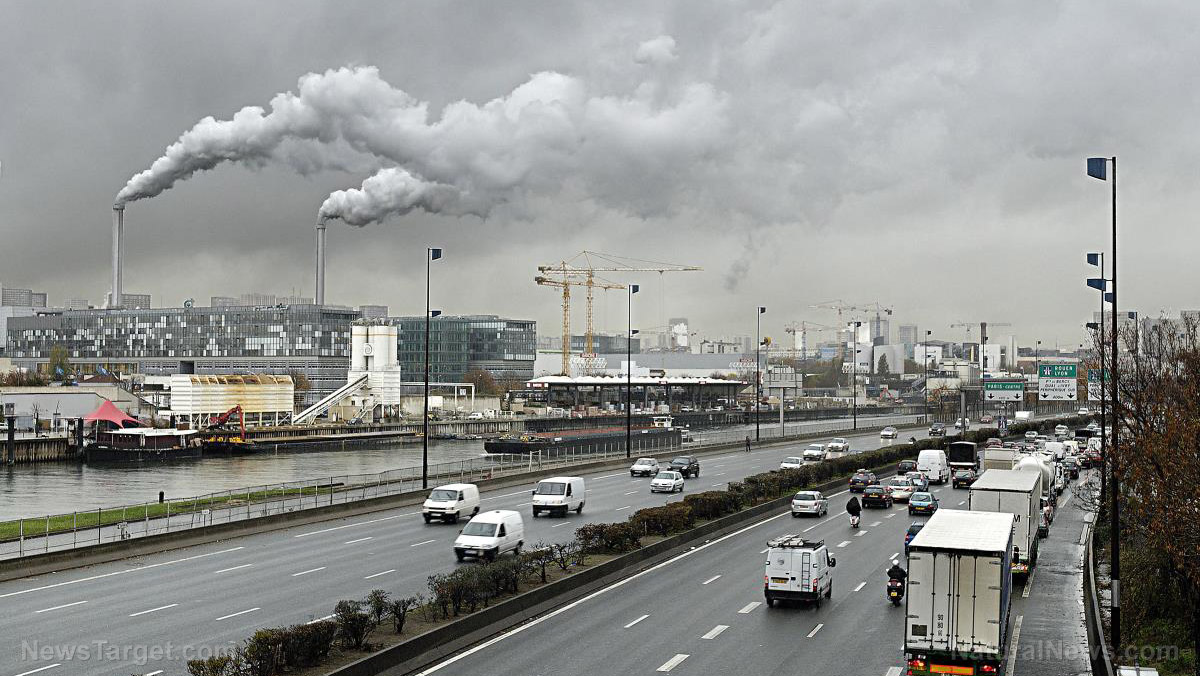 (Natural News) Living in the big city isn’t all that it’s cut out to be – mainly because of pollution, which adversely affects the health of millions of people each year. However, according to Dr. Lilian Calderón-Garcidueñas of the University of Montana (UM), children and young adults living in these megacities are at an increased risk for Alzheimer’s disease and suicide, in a study that was published in the Journal of Environmental Research.

In the study, Dr. Calderón-Garcidueñas and her team examined over 200 autopsies – whose ages ranged from 11 months to 40 years – of people who lived in Mexico City. In particular, Mexico City was selected for the study since its daily concentrations of fine particulate matter (PM) and ozone are well above U.S. Environmental Protection Agency standards – which impact its 24 million residents. They tracked two abnormal proteins signaling the development of Alzheimer’s, and they found early symptoms of the condition in babies that were less than a year old.

“Alzheimer’s disease hallmarks start in childhood in polluted environments, and we must implement effective preventative measures early,” she added. “It is useless to take reactive actions decades later.”

The abnormal proteins were identified to be hyperphosphorylated tau and beta-amyloid. These were found in the brains of young people who lived in the city who have been exposed all their lives to PM2.5, that is, particle pollutants smaller than 2.5 micrometers in diameter. PM2.5 is 30 times smaller than the width of the human hair, and it accounts for the haze that is seen in most urban areas.

Aside from dangerously unhealthy levels of PM2.5, they also found Apolipoprotein E (APOE 4), a known genetic risk factor for conditions such as Alzheimer’s. These point to the evidence of Alzheimer’s developing as early as childhood, with its progression relative to age, APOE 4 status, and particulate exposure – which they found in over 99 percent of the autopsies they conducted in Mexico City. Those who are APOE 4 carriers were also more likely to commit suicide, controlling for age and particulate exposure.

Based on their findings, the researchers have identified ambient (outdoor) air pollution – a key modifiable risk – as a potential cause of Alzheimer’s disease, as well as a risk factor for suicide. This, they believe, is because of the effects of fine pollutants that enter the brain through the nose, lungs, and gastrointestinal tract. (Related: Bad air could be destroying your brainpower.)

In an earlier study in Nature, researchers have noted that mortality rates linked to outdoor air pollution may double by 2050, with the biggest increases identified in Southeast Asia and the western Pacific.

In particular, the authors found that ozone and fine particulate matter are responsible for deaths due to strokes, heart disease, and lung cancer. Nations with a heavy reliance on coal such as China, India, and Pakistan, are also those with the worst air pollution – and the highest number of premature deaths.

The study also identified modern agricultural practices as the second leading cause of premature deaths from air pollution. This variable, which is seen in deaths in the U.S., Russia, Turkey, Korea, Japan, and Europe, is caused by the formation of ammonium nitrate and sulfate particles from ammonia in livestock and fertilizer. This becomes worse since most farms are near densely populated areas, allowing these pollutants to mix with other emissions to form dangerous particles.

Learn more about the adverse effects of pollution by heading to Pollution.news today.