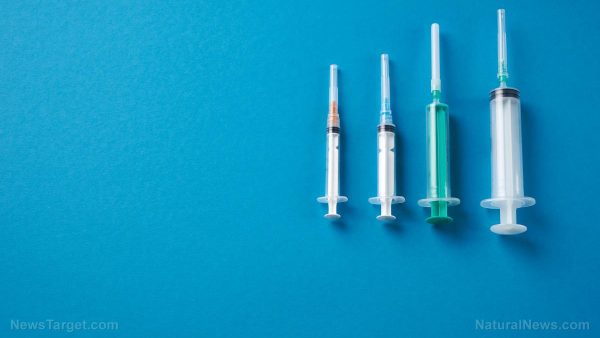 (Natural News) An editorial blog post by Alison Fujito at the World Mercury Project (WMP) website rightfully takes to task so-called “mainstream media” reporters who are supposed to approach issues without bias but who often do, especially when it comes to the subject of vaccines.

“Journalism is supposed to be free of political and personal agendas,” she writes. “However, we see news media frequently using pejoratives to label critics of industry/government policy. What purpose does this serve? It certainly doesn’t qualify as fair and unbiased reporting. Marginalizing and demeaning the critics cannot settle any issue; if anything, it’s an unethical means to enable political agendas.”

Of course, that’s 100 percent true. If you’re a big media reporter you’re on the side of Big Pharma or you’re out the door. It’s just as simple as that.

So they attack anyone who dares question the conventional establishment ‘wisdom’ concerning vaccines as an “anti-vaxxer” or “anti-science” — no matter how much data suggesting that at least the current regime of vaccines we are increasingly forced to give our children may not be the best thing for them.

“Pejoratives are meant to polarize, to demean — and to distract attention away from the actual problem and onto the critic,” Fujito said. And that’s what happens, without a doubt.

Of course, the derision and open mocking of vaccine choice advocates and campaigners against mercury-laced vaccines like the WMP are not just criticized, humiliated and mocked by the news media.

America’s pop-culture ‘icons’ like late-night host Jimmy Kimmel are some of the worst offenders. As reported by Natural News founder/editor Mike Adams, the Health Ranger, Kimmel used his late-night forum to ridicule parents of vaccine-damaged children in March 2015:

Throughout U.S. history, certain selected groups of citizens have been subjected to extreme verbal, judicial and even physical abuse at the hands of bigoted oppressors. The historical abuse of African-Americans — subjected to generations of abusive language and racism that still lingers today — was villainously summed up with a bigoted hate speech label I dare not utter here. …

In a stunning demonstration of demeaning hate speech targeting children who have suffered brain damage from vaccines, comedian Jimmy Kimmel unleashed a satire comedy hit piece that, fifty years ago, would have almost certainly seen Kimmel making fun of black people. Twenty years ago, he would have been making fun of gay people.

Not only are such characterizations incorrect, they can also have direct — and harmful — effects on society. Natural News reported in April 2014, for instance, that tissue damaged by vaccines is “almost universally misdiagnosed as child abuse,” thereby ruining the lives of innocent parents while, again, preserving the lie that ‘all vaccines are safe.’

What the insulting media and entertainment industry fail to realize — either purposely or because they don’t do enough research on this subject — is that most people who advocate for vaccine choice don’t want the country to be besieged by epidemics; they are most often parents whose own children have been horribly, and permanently, damaged by the onslaught of vaccines required in an increasing number of jurisdictions around the country.

Fujito also notes that the establishment media very often fail to connect the direct lines linking Big Pharma to the healthcare industry and government regulatory bodies; using its limitless supply of cash, Big Pharma buys off politicians and researchers funded by Uncle Sam in order to quash the truth about vaccines — that not all of them are safe and that some contain harmful chemicals and mercury-laced thimerosal.

“A quote often ascribed to Winston Churchill:  ‘Americans can always be counted on to do the right thing—once they have exhausted all other possibilities,’” she wrote. “Will the vaccine industry ever do so?”

Read Vaccines.news for more coverage of the vaccine industry.