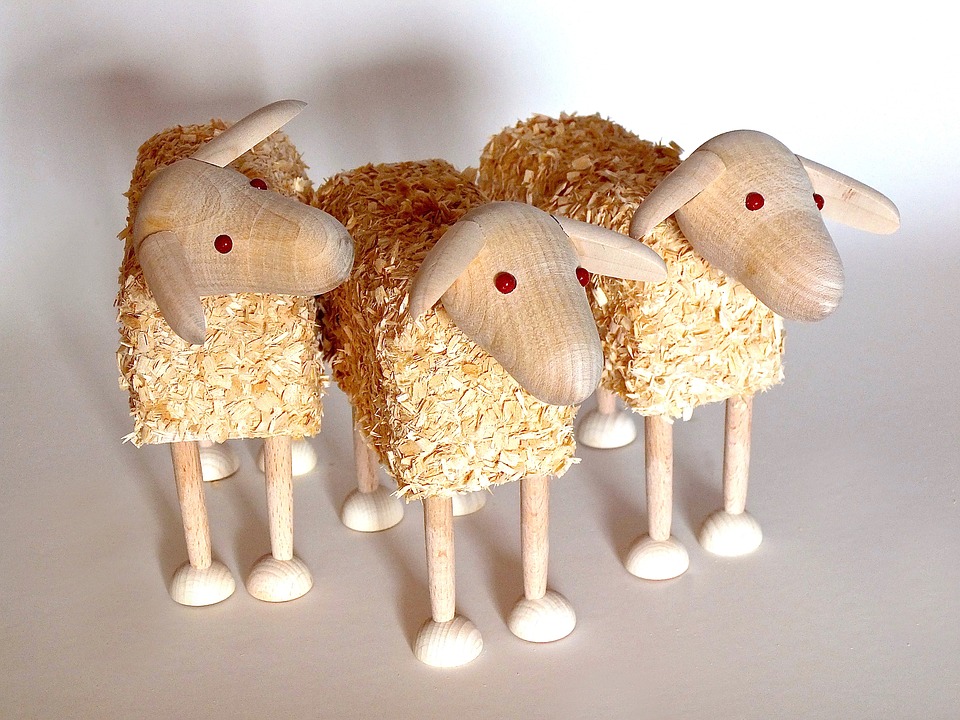 (Natural News) Many of us really are sheep, quick to follow the crowd and obey orders. Instead of standing up and speaking out on our own convictions, we often choose to fit in. Assimilating with the crowd, we find it’s easier to go-along to get-along, even if that means giving away our own power, rights, and dignity in the process. In fear of isolation, we do not question or challenge authority figures, even when they are morally and ethically wrong.

Yale University psychologist Stanley Milgram unveiled this sad reality of human behavior in a social compliance experiment that showed how ordinary people will torture others under the social pressures of an authority figure. Milgram wondered why Nazi military personnel were so easily influenced to inflict torture and death on innocent people. His experiment gave us a window into the compliant nature of human psychology.

The experiment, detailed in Milgram’s 1974 book, Obedience to Authority: An Experimental View, shows that when people are under the influence of an authority figure, they are easily coerced to repeatedly hurt others. In the experiment, Milgram asked volunteers to deliver an electric shock to a stranger. The volunteers didn’t know they would be shocking actors who were pretending to be hurt. Even after inflicting visible pain on others, the volunteers would continue to shock them only when they were ordered to do so by an authoritarian person in a lab coat. Even when the victims feigned heart attacks, only a small percentage of the volunteers chose to defy the orders of the authority figure. Most continued to torture their victims. According to Dylan Charles for Waking Times, “The suggested conclusion is that people are inherently unable to think for themselves when given a subordinate role in some authoritarian hierarchy…”

When visiting a church with my wife and three-year-old, we were initially told to register our kid in their computer system, obtain a number ID, and wear tags so that church security staff could properly identify the child and the parents. When our daughter cried during the church service, my wife went into the nursery for five minutes to help her get used to playing in there. A watchful staff member outside the nursery walked in and told my wife that ‘only people with background checks are allowed in the nursery.’ The staff member watched her closely, but my wife refused to leave our child even though she was pressured to.

When my wife brought our daughter back to the church service, I decided to take my daughter back to the nursery myself, passing two security guards on the way. I unintentionally disobeyed their rule, thinking it was natural to stay with my child to help her get acquainted with the nursery. Later that week, we questioned church authority on the matter. We were told that this is their policy, that parents must ask for their child and not cross into the nursery unless they submit to a criminal background check. Applying social pressure, they told us no one had ever had a problem with the policy. In the end, they only wanted us to listen and obey the rules, for which I responded, “I cannot guarantee that I would, since this is our kid” and we are free as parents to be where our kid is, if need be.

The church may have rules that their staff undergoes a background check, but the church authority has no right to keep parents out of a place where their kid is being kept.

Social pressure and compliance illustrated in Netflix documentary, The Push

A Netflix documentary titled, The Push, explores this obedience-driven group psychology further, showing how readily people hand over control and authorship of their own lives. The need to belong can drive most people to act in unethical and violent ways just to fit in. Even with a little authoritarian pressure, people will give in to immoral demands, shunning any bit of courage they might have had. With no conviction or individual standards to go by, many will bend to authority to please the manmade hierarchical structures that have been formed by group think and the needs of the group to feel that they belong.

This is prevalent in The Push. In the opening scene, a café worker takes a phone call from a police officer and within a minute is convinced to abduct a woman’s baby. At first the café worker showed hesitation, but ultimately carried out the wrongful act under the social pressure of the authoritarian figure.

In another elaborate experiment, participants are slowly coerced to comply with the demands of a persistent authority figure and the pressure of a small group of others. By the end of the experiment, the participants were so compliant; they actually took orders to push actors off of a building, believing they were doing the right thing by committing the murder.

Most people are wired to take orders and feel as if they belong, even if that means relinquishing their own power sacrificing their integrity, or trouncing on someone else’s human rights along the way. (For more stories on exercising personal freedom, visit Liberty.News.)