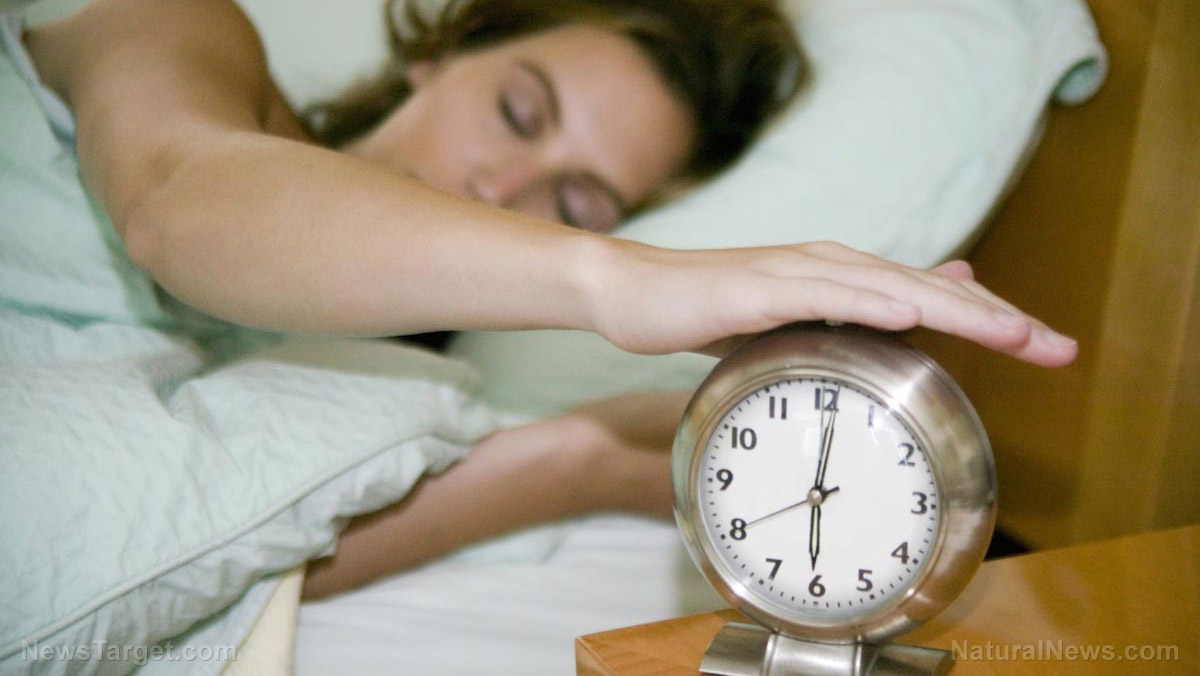 (Natural News) You can reduce your consumption of sugary foods and have a healthier diet by simply sleeping for longer hours every night. A study suggested that having more sleep every night could help lessen the intake of sugar-rich foods and result in a healthier diet.

The study was carried out by a team of researchers from King’s College London. In the study, the research team conducted a randomized controlled trial to examine the potential effect of increasing sleep hours in adults who usually slept for less than the recommended minimum hours of sleep for adults, which is seven hours. At the same time, the team carried out an initial investigation that analyzed the relationship between increasing sleep hours and nutrient intake.

The study involved 42 participants, with 21 of them going through a 45-minute sleep consultation in order to extend their sleeping hours by one and a half hours per night. This group received a list of at least four appropriate sleep hygiene behaviors personalized to their lifestyle, such as avoiding caffeine before sleeping, creating a relaxing routine, not being too full or hungry before bedtime, and having a suggested bedtime.

The other 21 participants belong to the control group, thus they did not receive any intervention in their sleep patterns. For a week, the participants recorded their sleeping and eating habits and worn a motion sensor to measure the hours they were asleep for and the time they spent in bed before falling asleep.

In the study, the researchers discovered that sleeping for longer hours led to a lower intake of free sugars compared to the control group. The sugar intake was reduced by 10 grams. In addition, they observed trends for decreased consumption of overall carbohydrates in the sleep extension group.

“The fact that extending sleep led to a reduction in intake of free sugars, by which we mean the sugars that are added to foods by manufacturers or in cooking at home as well as sugars in honey, syrups, and fruit juice, suggests that a simple change in lifestyle may really help people to consume healthier diets,” explained Wendy Hall, the principal investigator of the study.

Results showed that 86 percent of the sleep extension group spent more time in bed, and 50 percent increased their sleep duration for 52 minutes to around 90 minutes. Moreover, three participants accomplished a weekly average within the recommended seven to nine hours of sleep. However, the results also suggested that the extended sleep may be of lesser quality compared to the control group as they are in a period of adjustment.

“Sleep duration and quality is an area of increasing public health concern and has been linked as a risk factor for various conditions. We have shown that sleep habits can be changed with relative ease in healthy adults using a personalized approach,” said Haya Al Khatib, lead researcher of the study.

The findings of the study were published in the American Journal of Clinical Nutrition.

Sleep more and sleep better with these foods

Some may find it hard to fall asleep at night and have a good quality sleep. One of the consequences of lack of sleep is making bad decisions. In fact, a study found that sleep deprivation interferes with decision making in crisis. Fortunately, there are foods that can help you to sleep; these include:

Read more stories on how sleep affects the body and brain at Mind.news.