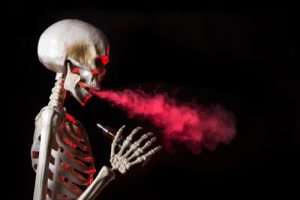 New Zealand plans to make the tobacco industry obsolete among future generations. Associate Health Minister Dr. Ayesha Verrall announced plans to pass the Smokefree Aotearoa 2025 Action Plan, with the goal of eliminating tobacco in the country in the next four years. As a result, cigarette companies will be prohibited from advertising in New Zealand. When the law goes into effect, teenagers under the age of 14 will never have the ability to purchase legal tobacco in their lifetimes. In addition, the majority of controversial flavored e-cigarettes aside from mint, menthol, and tobacco were banned in August as they are said to appeal to the youth.

The government is also taking measures to help older generations quit by gradually reducing nicotine content in cigarettes and removing filters. Currently, 8,000 retailers have the ability to sell tobacco products in the nation, but that will be reduced to only 500 locations. In four years, the only cigarettes available will contain a very low level of nicotine before they are phased out completely.

Verrall claims the move will save New Zealand $5 billion in healthcare costs. According to estimates, the average smoker in New Zealand spends $238 per week on cigarettes, amounting to $12,400 annually. The move will make New Zealand’s tobacco industry the most restricted in the world, behind Bhutan where cigarette products are prohibited entirely. However, tobacco sales compose around 40% of total convenience retail revenue in the nation. Opponents say that prohibition has never worked, and the ban will lead to an unregulated black market. Small dairies (i.e., grocery stores) are upset over the law as it will deplete much of their revenue, and the government has said it will not step in to bail out businesses affected by the mandate.