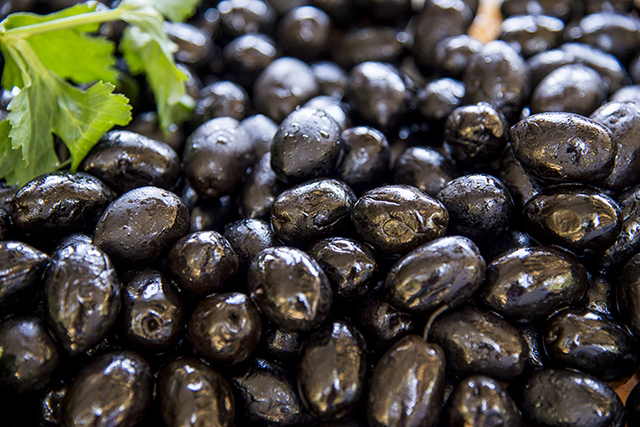 (Natural News) Researchers have found an effective new treatment for hyperlipidemiawith oleanolic acid (OA), a natural compound found in olives (Olea europaea). The study, which was led by researchers from China Pharmaceutical University and Nanjing Medical University, looked at the ability of olives to lower cholesterol levels in patients diagnosed with hyperlipidemia. While better known as a staple in Mediterranean dishes, olives are considered to be a traditional medicinal herb in China and have been clinically used since the 1970s to prevent liver damage. Recent studies, however, have also established their anti-hyperlipidemic properties.

Hyperlipidemia, for the most part, is the medical term for what most people know as high cholesterol – a condition seen in one out of three American adults. The disease, which is marked by the presence of too much cholesterol in the bloodstream, is one of the main risk factors for non-alcoholic fatty liver and heart disease. It’s usually acquired through poor diet, smoking, and obesity, but it can also be caused by a genetic predisposition.

In the study, Dr. Jun Liu and her team built on the results of their previous research, which showed that OA was able to improve hyperlipidemia in animal models. The current study looked at whether similar effects could be achieved in human patients, which they did, using a small-scale clinical trial. In the trial, patients were administered OA for four weeks (four tablets once, three times a day). Blood samples were then collected from the patients before and after the treatments, which were analyzed using DNA microarrays.

Results of the DNA microarray showed that there was a significant decrease in the total cholesterol (TC), triglyceride (TG), and high-density lipoprotein cholesterol (HDLC) content of the serum after OA treatment. Aside from this, a significant change in expression of 21 mRNAs could also be observed. Furthermore, the results of the bioinformatic analysis showed that 17 out of the 21 mRNAs were up-regulated while the remaining 4 mRNAs were down-regulated. Upon validation of these results by doing qRT-PCR for 5 mRNAs, they were able to determine that the initial observations regarding changes in expression levels after OA treatment were correct.

“Therefore, OA administration differentially regulated the expression of genes involved in lipid metabolism,” the researchers concluded. “The data showed a clinical evidence that OA could improve hyperlipidemia and also unveiled a new insight into the molecular mechanisms underlying the pharmacological effect of OA on hyperlipidemia.” (Related: Why the Indian olive is one of the best superfoods of all.)

Other benefits of eating olives

Aside from helping improve hyperlipidemia, introducing olives into your diet will also provide you with many other health benefits. These include:

Learn more about the health benefits of olives and other superfoods by visiting Superfood.news today.