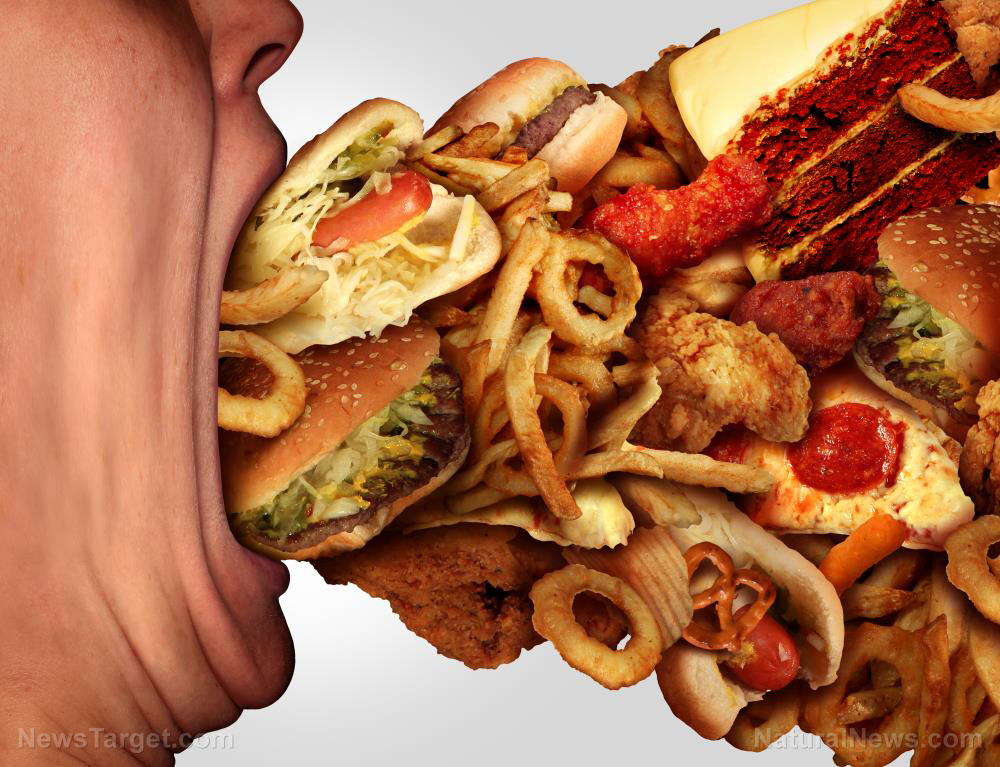 (Natural News) Many people are getting sick – even dying – because of the food they eat. Take the typical American diet for example. It is loaded with processed, low-fiber foods, chemicals, and denatured ingredients that are toxic to the body, especially to the gut.

Most Americans only consume around 15 grams (g) of fiber each day, which is 10 times lesser than our hunter-gatherer and agrarian ancestors. Diets low in fiber, like the typical American diet, produce a range of internal deficiencies, according to a study carried out by researchers at the Stanford University of Medicine. In particular, low-fiber diets deplete complex microbial ecosystems and erode gut health. As a result, a loss of gut flora diversity occurs. Even worse, it is irreversible, which means that even if later generations attempt to eat healthily, they won’t be able to reverse the damages. (Related: A low-fiber diet can decrease healthy gut bacteria by 60%.)

Published in the journal Nature, the study was carried out in mice. For the study, the researchers looked at mice that had been raised in aseptic environments. This meant that they did not have access to normal nutrient-rich foods and their gut microbiomes were completely depleted. Initially, they inserted human gut bacteria into the mice to recreate their microbiomes equally. Then, they divided them into two groups: one group fed with a high-fiber diet, and the other fed with a nearly no-fiber diet.

Few weeks after receiving a no-fiber diet, the mice experienced a 75 percent drop in the number of bacterial species in their stomachs. When they returned to a high-fiber, nutrient-rich diet, the previously deprived ones recovered slightly. However, they could never reach the same levels of gut bacteria diversity as before. Moreover, when generations of mice were fed low-fiber diets, the offspring of depleted mothers were born with imbalanced microbiomes. The researchers explained that consistent restriction of gut bacteria could lead to a permanently altered microbiome that is passed down to future generations.

The lack of fiber in the diet is harmful because fiber is the primary food source of beneficial microorganisms like commensal bacteria, which colonize the colon. Balance and diversity in gut bacteria are essential for the immune system and tissue development.

In addition to low-fiber diets, many facets of modern life contribute to damaging your gut microbiome. These include high levels of stress, lack of sleep, the use of antibiotics, fewer mothers breastfeeding, and more cesarean sections. Here are some of the most common signs of poor gut health:

What you can do to maintain a healthy gut microbiome

To keep your gut healthy, avoid processed foods, high-fat foods, and foods rich in refined sugars. Instead, include these foods to your diet:

Read more news stories and studies on the health consequences of eating junk foods by going to StopEatingPoison.com.