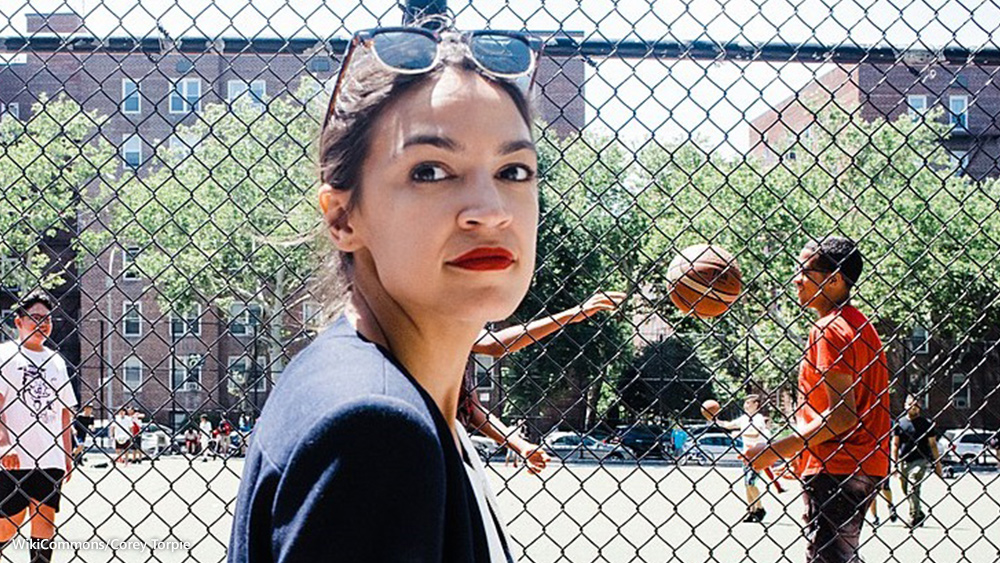 (Natural News) Unfortunately, Americans have far too few expectations when it comes to who they send to Washington to represent them these days, as evidenced by the lack of integrity and character exhibited by many lawmakers.

Too many of us also don’t seem to care whether or not our representatives even know, understand, or can comprehend the Constitution, which is supposed to guide their actions.

Rep.-elect Alexandria Ocasio-Cortez from New York is emblematic of just how far away from our founding principles at least some Americans have gotten when it comes to choosing their representative.

At 28, this former bartender managed to talk her way into a House seat long held by an establishment figure, Rep. Joe Crowley, the House’s No. 4 Democrat who was once seen as a candidate to replace Nancy Pelosi, who is set to become Speaker again now that her party has regained a majority in the lower chamber.

One of the first things Democratic leaders ought to do is familiarize Ocasio-Cortez with the rules of the House, the Constitution, and the law, now that she appears to have violated the latter with a juvenile threat aimed at POTUS Donald Trump’s son, Don Jr.

Reports last week noted that Ocasio-Cortez responded to a meme that Don. Jr. posted on Instagram featuring her and the president:

Ocasio-Cortez: Why are you so afraid of a socialist economy?

POTUS Trump: Because Americans want to walk their dogs, not eat them.

Apparently, Ocasio-Cortez believes her own press that she is ‘entitled’ to behave in any way she wants, so she responded to the meme with a thinly veiled threat. (Related: Alexandria Ocasio-Cortez is generation know-nothing’s perfect representative (blithe ignorance).)

She responded on Twitter, “I have noticed that Junior here has a habit of posting nonsense about me whenever the Mueller investigation heats up. Please, keep it coming Jr – it’s definitely a ‘very, very large brain’ idea to troll a member of a body that will have subpoena power in a month. Have fun!”

I have noticed that Junior here has a habit of posting nonsense about me whenever the Mueller investigation heats up.

Please, keep it coming Jr – it’s definitely a “very, very large brain” idea to troll a member of a body that will have subpoena power in a month.

How about a lesson on the law, Alexandria?

Not only does Ocasio-Cortez, as just a member of Congress, not have subpoena power; she would as a committee chairperson but she’s not getting a committee, as she acknowledged in a subsequent tweet claiming it wasn’t a “threat.”

Except that it obviously was. And it was just as obvious that the threat violated 42 U.S. Code § 1983 – Civil action for deprivation of rights, which states:

Every person who, under color of any statute, ordinance, regulation, custom, or usage, of any State or Territory or the District of Columbia, subjects, or causes to be subjected, any citizen of the United States or other person within the jurisdiction thereof to the deprivation of any rights, privileges, or immunities secured by the Constitution and laws, shall be liable to the party injured in an action at law, suit in equity, or other proper proceeding for redress, except that in any action brought against a judicial officer for an act or omission taken in such officer’s judicial capacity, injunctive relief shall not be granted unless a declaratory decree was violated or declaratory relief was unavailable. For the purposes of this section, any Act of Congress applicable exclusively to the District of Columbia shall be considered to be a statute of the District of Columbia.

It’s not clear whether Pelosi or any other Democratic leader has reached out to Ocasio-Cortez to warn her of the consequences of threatening to deprive Don Jr. “of any rights” because she’s being petty. But someone should.

Meanwhile, someone from the Justice Department should also pay her a visit before she’s sworn in to ‘explain’ this statute, what it means, what she should expect if, say, Don Jr. wants to file charges (or a lawsuit) against her.

The Left believes that it has no parameters, no legal restrictions, and that there are no consequences for whatever it is they do.

Read more about the Libtard Left at Libtards.news.