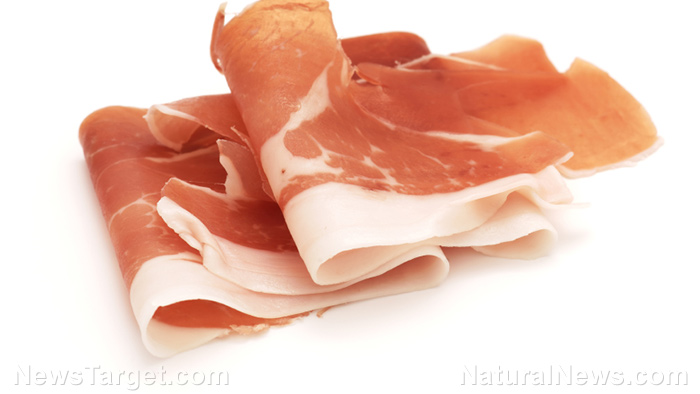 (Natural News) By now, everyone is well aware of the way that the food we eat can affect our physical health, but one area that has been getting a lot of attention from researchers lately is the way in which food can affect mental health. The connection between the gut and the brain goes a lot deeper than many people realize, and a new study shows how eating one group of foods in particular can dramatically raise your risk of mania.

Researchers from Johns Hopkins University School of Medicine were surprised by what they found when they carried out an analysis involving more than 1,000 people. Some of the people in the study were patients who were receiving care for psychiatric disorders, while others had no history of psychiatric problems. The researchers studied their records for the decade beginning in 2007, and they discovered that the people who were hospitalized for mania were 3.5 times more likely than people without psychiatric disorders to have eaten cured meat prior to the hospitalization.

It is believed that it’s the nitrates present in such foods that is responsible for this effect. These chemicals have long been used to preserve cured meats, and you’ve probably heard their name in the news because of their link to cancer and some types of neurodegenerative diseases.

The researchers then decided to carry out a study looking at how nitrates impact rats to learn more about the association. They divided a group of healthy rats into two categories. One was given typical rat food, while the other was given a mix of ordinary rat food and nitrate-prepared beef jerky. In just two weeks, the rats who had eaten the jerky were displaying hyperactivity and irregular sleeping patterns. The amounts of nitrates they were given were equivalent to the amount that a human might eat in the course of a day – for example, one hot dog or one stick of beef jerky.

The researchers then repeated the experiment using a type of dried beef that did not contain nitrates. They found that the rats who ate the nitrate-free meat acted similarly to the control group, while those who were given nitrates continued to show hyperactivity and sleep disturbances that are similar to those seen in people with mania.

When the researchers analyzed the rodents’ gut bacteria, they discovered that those who consumed nitrates had different bacterial patterns in their intestines. Perhaps more significantly, they also had differences in a number of molecular pathways in their brains that are connected to bipolar disorder.

Although bipolar disorder and the manic episodes that characterize it have been linked to genetic and other risk factors, researchers have been unable to explain what causes these mental illnesses. Mania is generally characterized by euphoria, insomnia and hyperactivity.

Avoid these foods to protect your mental and physical health

Nitrates are chemicals that are added to foods such as bacon, sausages, jerky, sandwich meats, and salami to prolong their shelf life and give them their color. When they’re added to processed foods, the nitrosamines they form can also raise your risk of developing cancer. While nitrates can also occur naturally in food like celery and spinach, this type comes alongside compounds like vitamin C that prevent them from turning into dangerous nitrosamines.

What you eat can also help tilt your mental health into positive territory. Some of the researchers on this project carried out a separate study that discovered that bipolar patients who are given probiotics following a manic episode were less likely to be hospitalized again in the six months after the incident than those who were not given probiotics. They believe that the studies could help pave the way for future studies into how germs in the intestines influence the brain.