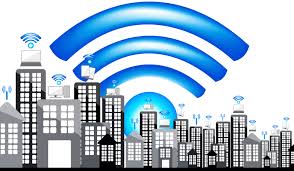 (Natural News) Wi-Fi might be a relatively new invention, but it has quickly become something that most people can’t imagine living without. If you’ve painstakingly ensured every corner of your house has coverage and you never stay at a hotel that doesn’t have Wi-Fi, it’s time to take a look at what all this connectedness could be doing to your health. Studies have shown Wi-Fi increases your risk of brain cancer and a host of other serious illnesses.

The International Agency for Research on Cancer has classified radiofrequency electromagnetic fields (RF/EMF) as a possible carcinogen, meaning it ranks right up there with lead, chloroform and DDT. The highly respected group, which is part of the World Health Organization, made its classifications after careful assessment of extensive scientific evidence.

While all this exposure to cell phones, smart meters, smart devices, and other Wi-Fi technologies is undoubtedly bad for us, it’s even worse for children. An analysis of studies that was printed in the Journal of Microscopy and Ultrastructure found that children, teens and infants have a higher cancer risk than adults from such devices, with some estimates placing children’s likelihood of developing brain cancer from exposure to RF/EMF at four times that of adults.

Unfortunately, children simply don’t have as much protection from this exposure as adults do as their bodies are smaller and their skulls are thinner. In addition, their brain tissue is more absorbent. Not surprisingly, unborn children are the most vulnerable, so pregnant women need to use extreme caution when it comes to their exposure.

The manuals that come with cell phones mention these risks, but few people actually read them. In addition, the powerful telecommunications industry’s lobbying efforts mean that consumers aren’t being fully informed of just how dangerous exposure can be.

Studies have shown a link between EMF and brain cancer as well as cancer of the salivary glands. Girls who keep their phones in their bras have a higher risk of breast cancer, and exposure has also been linked to problems like miscarriages, low sperm count, anxiety, depression, chronic fatigue, migraines, and ADHD.

Because EMFs depolarize the membranes protecting your nerve and muscle tissues, your cells can sustain damage. EMFs are genotoxic and cytotoxic, damaging nearly every one of the body’s systems. Of course, because the technology is new, the true long-term extent of the damage won’t be very obvious until more time has passed – although what we already know is scary enough.

Another problem is that Wi-Fi continues to get faster, and this tends to make the RF/EMF exposure rates even higher. With 5G poised to take over, we could be facing a whole new slew of health problems.

It’s easy to say that you should cut your kids off entirely from using wireless devices, but that advice is hardly practical, and there’s still the issue of Wi-Fi in the air whether they’re online or not. However, it is possible to limit your exposure and that of your children.

For example, you can disable your wireless connections when you’re not using your devices, and keep cell phone use to a minimum. If your children are calling relatives, for example, have them use a corded land line. When you can’t avoid using your cell phone, at least use speaker mode and hold the phone as far away from you as you realistically can. Use wired connections wherever possible, including for keyboards, mice, and printers. Keep electronics out of bedrooms, including cordless phones, and turn off your router at night.

Girls should never keep their cell phones inside their bras, and it’s also a good idea to avoid keeping them anywhere on your person, such as in your pocket or in a head covering. Keep microwave use to a minimum, refuse smart meters or get a shield, and don’t use smart appliances.

Wi-Fi may make our lives easier, but it could also shorten them dramatically if we aren’t careful. Do everything you can to minimize your Wi-Fi and EMF exposure and protect your family from irreparable harm.