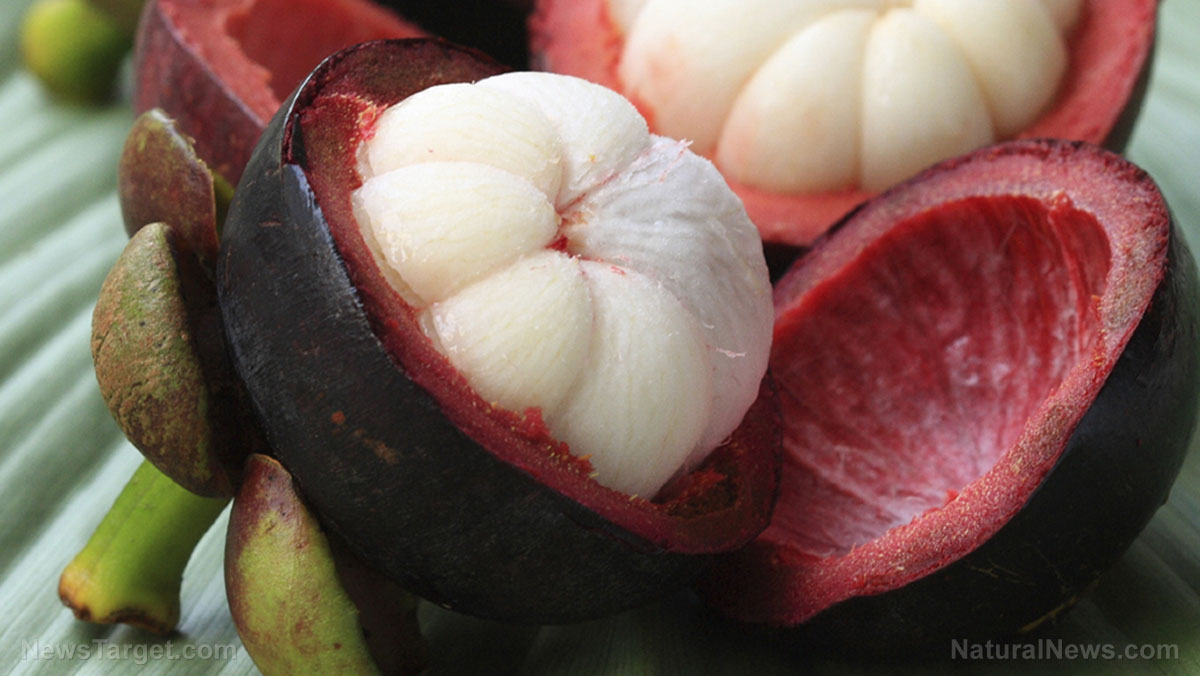 (Natural News) In a recent study, researchers revealed that mangosteen has liver-protecting properties that guard against toxin damage and cancer.
The paper, published in the African Journal of Traditional, Complementary and Alternative Medicines, examined the potential that mangosteen has in inhibiting cytotoxic materials from affecting the liver.

The liver is known to be the largest organ inside the body. Located on the right-hand side of the abdomen, it has a variety of roles – one of which is breaking down toxins. Aside from this, the liver also produces essential proteins that are needed for many bodily functions such as blood clotting and digestion. It also acts as a storage facility, keeping many of the essential nutrients such as iron (for red blood cell production), vitamin A (for optic nerve health), vitamin D (for calcium absorption), and vitamin K (to help with blood clotting).
However, because of its many functions, the liver can also be prone to various diseases. One of the most common symptoms of liver disease is jaundice, also known as the yellowing of the skin. This is because it cannot metabolize bilirubin from the bile, which is needed to break down old red blood cells. Moreover, diseases such as hepatitis inflame the liver and cause nausea and vomiting. In severe cases, ascites, a condition where fluid builds up in the abdomen, occurs as well as swelling in the leg.
A disease associated with the liver is cirrhosis. This happens when there is irreversible scarring of the liver, usually the result of alcohol abuse.
For this study, the researchers used Garcinia hombroniana (commonly known as seashore or jungle mangosteen). Previous studies have discovered that the Garcinia genus contains bioactive compounds that have anti-inflammatory, antimicrobial, and anti-HIV properties. Aside from this, they also protect the liver and prevent the destruction of acetylcholine enzymes which help brain function.
In order to learn more about the pharmacological potential of the plant, researchers used an extract made from the bark of the seashore mangosteen tree. For the tests, Sprague-Dawley rats were grouped into control and experimental groups. They were then given the toxin carbon tetrachloride and toxic activity from breast and brain cancers and were observed for seven days. During this time, the experimental group also received the mangosteen extract. After this period, liver samples from both groups were checked to determine the results.
The results showed that rats that were given the mangosteen extract had lesser inflammation in the liver than the control group. Additionally, an increase in dosage was noted to also inversely correlate to the inflammation. In terms of toxicity, the extract was shown to be effective against liver toxicity caused by carbon tetrachloride, as well as those caused by cancer. Researchers also noted that at a 500 mg/kg concentrate of the extract significantly reduced blood enzyme activity. (Related: RAW Mangosteen and xanthones: Here’s how to get raw mangosteen powder that hasn’t been damaged by pasteurization.)
The study, titled In vivo carbon tetrachloride-induced hepaprotective and in vitro cytotoxic activities of Garcinia hombroniana (seashore mangosteen), was made by researchers from the Chosun University in South Korea, Universiti Sains Malaysia and Universiti Putra Malaysia in Malaysia, Kohat University of Science and Technology and CECOS University of IT and Emerging Sciences in Pakistan.
Learn more about the healing power of mangosteen by reading Fruits.news.