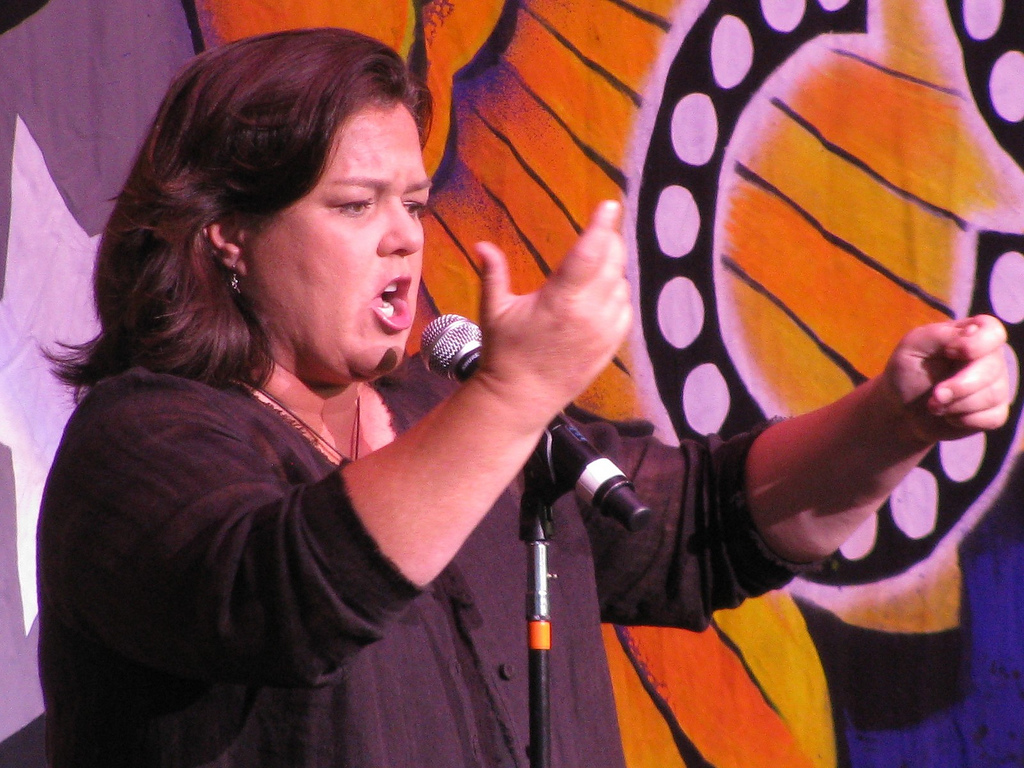 (Natural News) Leftists in Hollywood — and they are legion — have lost their minds since Donald Trump knocked off the worst, most corrupt, and most criminally investigated presidential candidate ever, Hillary Clinton, in 2016.

Worse, they seem to be resigned that the president is going to cruise to reelection in 2020, given the manner in which they continue to blaspheme him and his administration.

Take washed-up actress Rosie O’Donnell. To remain relevant in an industry that doesn’t have much use for her these days, she has taken up the mantle as ‘most unhinged’ when it comes to heaping criticism on the Trump administration and the president himself.

So much so, in fact, that she is making up things as she goes. And boy, does she go — right off the deep end.

During an appearance on Bravo’s “Watch What Happens Live” with Andy Cohen (yeah, we haven’t heard of this show, either) on Monday, the former View co-host and current tinfoil hat conspiracy theorist for the Left claimed, without evidence (because it doesn’t exist) that the Trump administration was running “over 100,000” ‘concentration’ camps throughout the United States.

Now, mind you, it took Rosie’s intrepid investigative journalism skills to find this out — not the #NeverTrump “mainstream” media which, were this claim true, would have been screaming and screeching about it for days and weeks on end by now.

As reported by NewsBusters, towards the end of the show Cohen was promoting a planned nationwide Left-wing protest against the Trump administration’s enforcement of immigration laws (that Congress — including Democrats — duly passed years ago), giving O’Donnel a platform: “Rosie, you’re going to be doing a vigil called Lights for Liberty, July 12th, demanding an end to the detention camps.” (Related: Why isn’t Rosie O’Donnell being indicted and prosecuted for criminal campaign donations?)

(Hint: There are no “detention camps,” either, merely detention facilities that have been used by various administrations, past and present, to detain people who illegally sneak into our country —per the law.)

The U.S. Holocaust Museum has something to say about Rosie

Yeah, the concentration camps, even though there’s lots of controversy about the word. But actually, legitimate scholars who study genocide say, yes, these are, in fact, the criteria for concentration camps, they meet them. There are over 100,000 camps in nearly every state.There’s between 10,000 and 13,000 children, that could fill Radio City Music Hall twice. That’s how many children unaccompanied alone in these camps.

We don’t know. This is, after all, Rosie’s world; we’re just trying to live in it.

As for the “scholars” she cites, we aren’t even sure those people exist, so we can’t put much stock in ‘their’ genocide studies.

But we can put a lot of stock in the opinion and viewpoint of an organization that is uniquely qualified to comment on ‘concentration camps’ — what they are, how they operate, and whether any actually exist in the U.S. of A: The United States Holocaust Memorial Museum.

Officials from that organization issued a statement this week blasting anyone (like Rosie, like ‘Democratic Socialist’ Rep. Alexandria Ocasio-Cortez, and others) who is trying to make the claim that there are concentration camps operating in the U.S.

“The United States Holocaust Memorial Museum unequivocally rejects efforts to create analogies between the Holocaust and other events, whether historical or contemporary,” the group said. “The Museum further reiterates that a statement ascribed to a Museum staff historian regarding recent attempts to analogize the situation on the United States southern border to concentration camps in Europe during the 1930s and 1940s does not reflect the position of the Museum.”

For an activist, Rosie sure is a lousy historian.

Read more about the Leftist cult’s obsession with hating on President Trump at LeftCult.com and Trump.news.