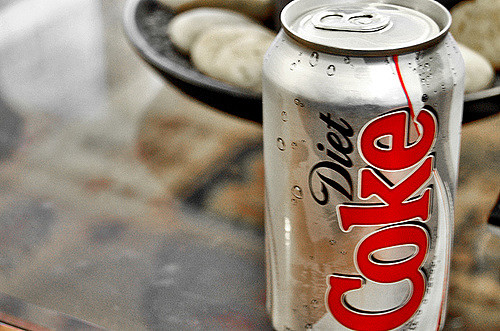 (Natural News) Private emails that were released in a shocking report show how Coca-Cola tried to manipulate the Centers for Disease Control and Prevention (CDC) to influence policy on nutrition in ways that would benefit their products. The relationship between the soft drink maker and the public health agency could have negative consequences for the health of millions of Americans.

In a paper published in the Milbank Quarterly Journal, email exchanges that were obtained via Freedom of Information Act requests show how current and former staff at Coca-Cola tried to frame the debate surrounding the role of sugar-sweetened drinks in the nation’s obesity epidemic in addition to trying to lobby key decision-makers.

It is believed that Coca-Cola was specifically hoping to downplay the way its sodas contribute to obesity, heart disease, tooth decay, and Type 2 diabetes and prevent measures like sugar taxes from being put in place that would impact their profits.

In one email, former Coca-Cola exec Alex Malaspina contacted ex-CDC official Dr. Barbara Bowman about concerns she had about the WHO’s Director-General backing restrictions on sugary sodas through soda taxes. In response to the email, which says that “something must be done” about it, Bowman offered up some contacts with close connections to the WHO, including Bill Gates. The very familiar language and quick reply suggested the two were quite close. In fact, Bowman had worked for Coca-Cola before joining the CDC.

In the emails, Coca-Cola execs can be seen saying that “the threat to our business is serious,” expressing concerns that the WHO’s criticism of sugary drinks could have “significant negative consequences on a global basis.”

It’s interesting to note that Bowman sent most of the emails from her personal account. Shortly after they broke, she suddenly announced that she would be retiring.

The paper’s first author, London School of Hygiene & Tropical Medicine’s Nason Maani Hessari, said that “these email exchanges show what appear to be attempts to leverage personal relationships at the CDC to further these goals at the expense of population health — and lead to questions about whether organizations like the CDC should refrain from engaging in partnerships where there is such a potential for conflict of interest.”

Coca-Cola and the sugar industry deceiving the public

There is no question that sugary sodas are harmful to public health, but Coca-Cola has nevertheless been working overtime to make people think otherwise. Coca-Cola and PepsiCo sponsored more than 96 national health organizations while lobbying against the public health bills that were aimed at reducing the amount of sugary soft drinks people consume. This could have had a big influence on those groups’ support for the measures.

A JAMA Internal Medicine historical analysis showed that the sugar industry was sponsoring research that downplayed sugar’s health risks and blamed fat as the culprit behind problems like heart disease instead; they failed to disclose this connection.

In 2015, it emerged that Coca-Cola had been paying “fitness and nutrition experts” to print articles that shed Coke in a positive light on more than 1,000 news websites, including some major newspapers across the country. These pieces were hugely misleading. For example, in one, a registered dietician suggested a “mini Coke can with mini sliders” as a Super Bowl snack in an article geared toward Hispanics, who have a high rate of type 2 diabetes.

It’s clear that Coca-Cola doesn’t have any boundaries when it comes to pushing its unhealthy drinks on the masses. Whether they’re manipulating the CDC or using bloggers to spread their false message, apparently the prospect of giving people deadly diseases like diabetes isn’t enough to stop them from promoting their toxic beverages.