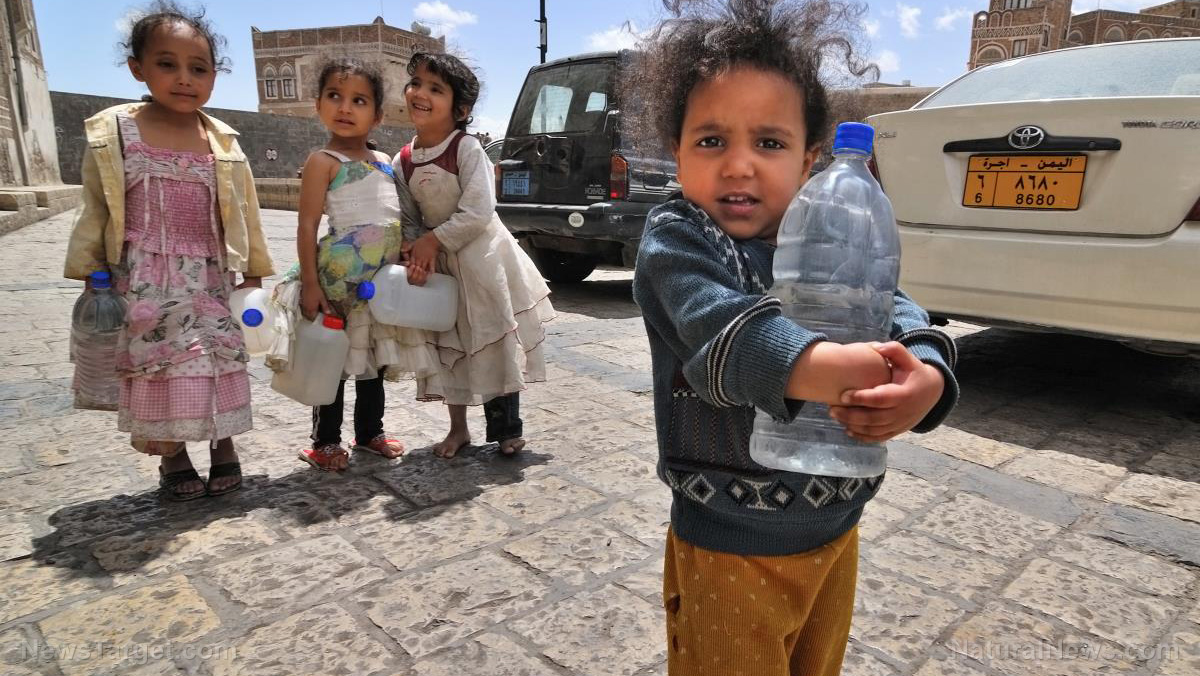 (Natural News) Do you feel uneasy when you watch or read the news? Civil unrest is the first order of business for the Democrats, who are “all in” for a Socialist-Communist America now. The only way for the majority of Americans, who enjoy the spoils of free speech, free press, unlimited food, free travel, and self-employed private businesses, to vote to have ALL of that taken away, is through a covert means of creating so much perceived chaos and dissonance that they believe it’s for “the greater good.”

Anyone who falls for this monstrous “socialism” Ponzi scheme and actually votes for it has no clue that they will not only lose all of their freedoms, but that also all organic food and natural medicine will be destroyed, never to be recovered again. Know your enemy and recognize them now, or be systematically destroyed by them, and soon.

Socialism is Communism implemented with a huge Ponzi scheme

Once “socialists” gain power and control of America, the nightmare begins. In case you don’t understand how Ponzi schemes work, here’s the short version. You are promised unbelievable rewards for your trust and investments (in this case your vote, along with a 70 percent income tax (or higher) in exchange for “free” college, healthcare, and food).

At first, you see decent returns on your investment, but nothing close to what you’ve paid in. Then those returns get smaller and smaller until they disappear, never to “flow” again. You never see anything close to your original investment, and you never will. First, your guns are taken, along with your rights to complain about the new government (tyranny by censorship – as we’re already seeing across all social media, YouTube and Google). All dissidents are arrested, jailed, and some are simply killed. The most rebellious dissidents are tortured and made “an example” of publicly to breed fear and subservience in the rest of the ruled masses.

Next comes massive “nationalization” (that means confiscation) of private property and all private businesses and industries. Citizens then lose access to basic medicine and food, and all shortages are blamed on mass inflation. All small to mid-sized farms, banks, and grocery stores are shut down and seized by the new government. Grocery store shelves go bare, never to carry food again. Food is rationed out by the ruling class, and the only food available is processed, nutrient-dead food, such as bread, milk, cheese and butter. All food will also come from genetically modified sources, including junk-science “food stuff” and lab-made “Franken-foods.”

All natural medicine will quickly become illegal, and what is found will be confiscated and destroyed. The socialist tyranny will not require search warrants to raid your home or business. Mandatory vaccination and pre-cancer chemotherapy also begin. All Americans are limited to one child. Taxes increase to 90 percent to save us all from “global warming.” Mass starvation, disease, and failed attempts at rebellion ensue (it’s useless when citizens have no guns, no nutrition, and no working medicine).

Next comes the artificial intelligence (AI) takeover of all factory and store jobs, and a social credit system like in China

Make no mistake, socialism has already taken root in America in many forms. Obama made sure of that. The U.S. government, according to NDAA (National Defense Authorization Act), already has the power to seize your farm, your land, your food, and quarter soldiers in your home during any declared national “emergency.”

Soon, in America, most factory jobs will be run by robots, and your credit scores will be affected by your opinions of your government as you share them on social media.

Nearly all dissidents are already silenced in America by the mass media, social media, Google and YouTube. Anyone who questions the scripted narrative is silenced and condemned as a conspiracy theorist, unpatriotic, a terrorist threat, anti-science, anti-vaccine, anti-GMO, anti-environmental, and so on.

Believe it or not, it’s all about health. Under a socialist regime, all organic food and natural medicine will quickly cease to exist. We are already seeing most information about both being de-funded and banned from social media, YouTube, and Google searches. In order for socialism to work its evil “magic,” the masses must be dumbed-down, weak, and begging for more help from their nanny-government and police-state society. The chaos must appear so threatening that the poor, malnourished masses literally vote for more tyranny to “save them” from what the ruthless regime installed themselves. How ironic.

Just take one look at Venezuela now and you will see into the looking glass at exactly what America would be inside of 10 years. It’s an economic basket case and people are starving to death. The leaders in Venezuela are running guns and drugs in order to stay in power, and anyone who resists the rule is jailed or killed, or both.

Folks, socialism is the destruction of your health and livelihood. Don’t vote for it. Don’t support it in any way, shape, or form. It’s a lose-lose situation through and through. Tune into Preparedness.news for ways you can protect your home, food, and natural medicine from the tyranny that might just be on its way to you now.