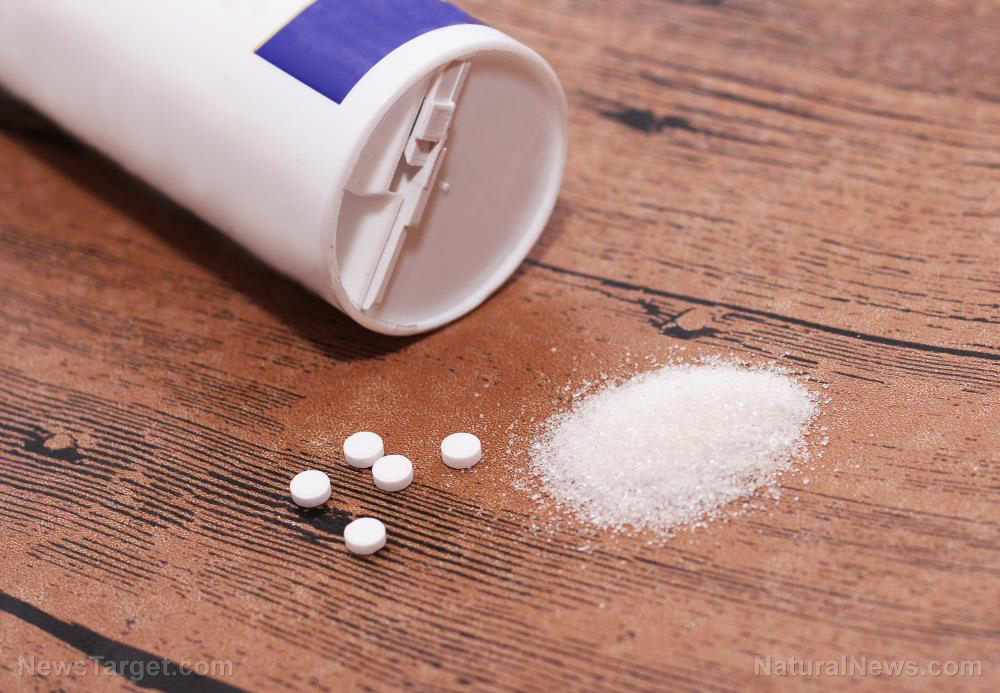 (Natural News) Anyone who values their health should avoid using Splenda at all costs. An increasing number of scientific literature warns about the numerous adverse effects of using this artificial sweetener.

Earlier animal-based studies established links between sucralose and the onset of leukemia and diabetes. But a 2013 review uncovered the hidden health issues of Splenda long after many people consumed large quantities of it.

The sweetener is a highly recommended ingredient for baked goods. However, the baking process triggers chemical reactions in sucralose that produce toxic chlorinated compounds. These include dioxins, long-lived chemical compounds usually found in industrial processes and considered to be carcinogens.

Chlorinated compounds are the tip of the iceberg of health problems associated with sucralose. Researchers from North Carolina State University identified many other concerns that the manufacturers of the artificial sweetener – McNeil Nutritionals, a subsidiary company of Johnson & Johnson – did not catch during testing or reveal to the public. (Related: Detrimental to gut health, metabolism, blood sugar: Research shows the toxic effects of sucralose.)

Splenda is not safe at all, especially for diabetics and kids

Despite being advertised as safe for people with diabetes, Splenda changes metabolic parameters by raising blood sugar and insulin levels. It disrupts a wide range of organochlorine class pharmaceutical drugs and triggers bodily functions that it should not be able to influence.

Sucralose leaves behind unknown compounds that pose potential consequences on health and the environment. It reduces the number of good bacteria in the gastrointestinal tract, increases the population of harmful bacteria, affects the recovery of the gut microflora for months, and changes the pH level of the intestinal environment.

Last but not least, the NC State researchers found that McNeil and Johnson & Johnson have not yet resolved the toxicological problems of exposure to sucralose over extended periods. As of the time of the study, no one knew if excessive use of Splenda causes damage to DNA, produces toxic compounds during baking, accumulates inside the body instead of getting broken down and expelled, or interacts with treatments.

The most severe problem identified by the report was the dubious safety of heated sucralose. The manufacturers claimed that Splenda remains stable at cooking temperatures. However, the results of multiple independent studies showed that exposure to heat levels starting at 246 F (119 C) causes the sweetener to break down.

Dioxins are the most dangerous of these byproducts. The World Health Organization(WHO) considers these chlorinated compounds to be a persistent organic pollutant (POP).

Persistent organic pollutants last for very long periods in the environment. They are highly resistant to getting degraded by natural processes such as sunlight and bacterial action. As long as they remain intact, POPs will continue to cause havoc.

Splenda possesses the same levels of durability as chlorinated compounds. Tests showed that sucralose survives purification techniques used by water treatment plants, so harmful concentrations could have already accumulated in bodies of water. Its possible presence in sources of drinking water might pose severe threats to wildlife and human health.

To avoid the risk of diseases and disorders associated with the consumption of artificial sweeteners, consumers should avoid using Splenda (sucralose) and similar artificial food additives, as well as any food product that uses such toxic ingredients. Instead, they should use natural sweeteners such as honey and stevia, which bring a welcome sweet taste and even beneficial effects on health.