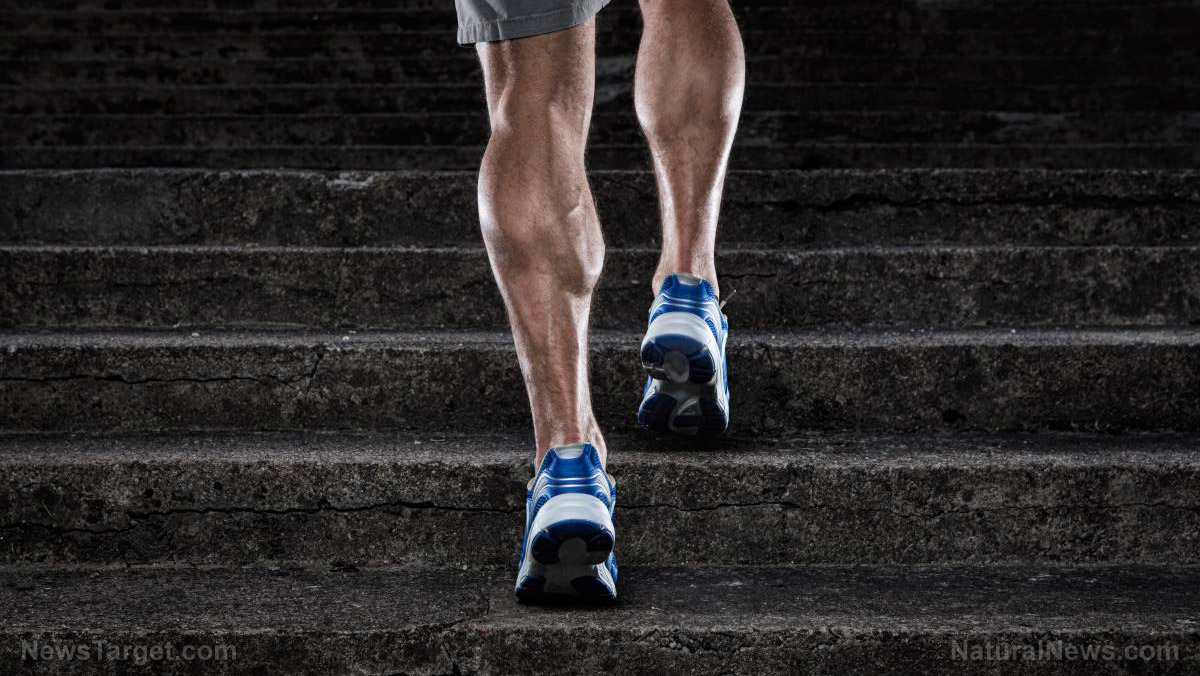 (Natural News) Not everyone has enough time to go to the gym every day. But according to a study presented at EuroPrevent 2019, taking the stairs regularly can help improve your fitness.

To date, this is the largest study on cardiorespiratory fitness in healthy people.

According to the study, physical activity is associated with longevity, regardless of age, sex, and starting fitness level.

One of the authors, Dr. Elin Ekblom-Bak from the Swedish School of Sport and Health Sciences, explained that most people believe the only way to stay fit is to work out at the gym.

But the good news is, you can improve your physical health even if you don’t have time for intense workouts. You can start your journey to fitness by being more active as you go through daily tasks; for instance, by using the stairs instead of the elevator, by cycling to work, or by taking a walk after dinner.

Alternatively, you can do more things by hand instead of using machines, such as hanging laundry to dry, pushing a lawnmower, raking leaves, or shoveling snow. You can also work out while you’re watching TV instead of just sitting on the couch the whole day.

The link between physical activity and longevity

For their study, the researchers observed 316,137 adults aged 18 to 74. The participants had their first occupational health screening some time between 1995 and 2015 in Sweden.

VO2 max is the maximum amount of oxygen that the heart and lungs can provide the muscles during exercise. VO2 max can be estimated through submaximal cycle tests, treadmill tests, or walking tests. (Related: Take the stairs to balance your hormones, lower blood pressure – no fancy machines or gym memberships required, according to study.)

They found that the risk of all-cause mortality and cardiovascular events decreased by 2.8 percent and 3.2 percent, respectively, with each milliliter increase in VO2 max. The benefits were observed in both male and female participants, among all age groups, and at all fitness levels.

Previous studies were too small to determine if all of these subgroups experienced benefits by improving their cardiorespiratory fitness.

While there was some variation between sex- and age-subgroups, the researchers noted that there was no plateau of benefit in the total population. Ekblom-Bak said that the study highlights the benefits of increasing your fitness levels, regardless of your starting point. In particular, those with lower levels of cardiorespiratory fitness have the most to gain from boosting their fitness.

According to earlier studies, fitness levels in the general population has decreased by 10 percent in the last 25 years. From 2016 to 2017, almost every second man and woman had a low fitness level. This is alarming because fitness is required even for daily activities.

Poor physical fitness is just as bad as diabetes, obesity, or smoking even in otherwise healthy adults. Surprisingly, fitness isn’t routinely measured like these health conditions.

According to Ekblom-Bak and her team, every additional milliliter of VO2 max confers at least a three percent risk reduction in all-cause mortality and cardiovascular events. They believe that spreading awareness will be more motivational instead of just telling the public that they need to exercise more.

If you want to live longer, use the stairs instead of taking the elevator.