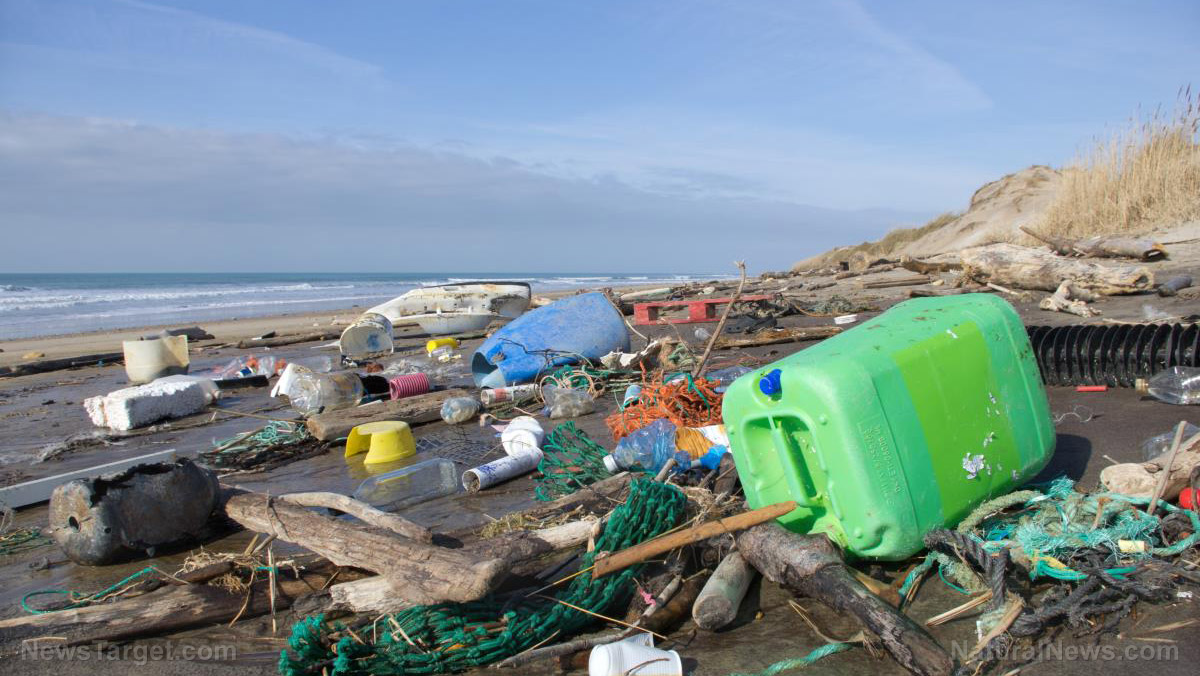 (Natural News) For years, the Pacific Ocean has inspired composers, painters, and writers to come up with masterpieces that praise its beauty. Sadly, these could now be things of the past. The Pacific Ocean is now one huge garbage dump that covers 600,000 square miles, no thanks to all kinds of debris — including bottles, ropes, plastic bags, fishing nets, and buoys.

Research published in Scientific Reports call it the “Great Pacific Garbage Patch” (GPGP) and that it is twice as big as Texas, and thrice the size of France. The worst part is, the area shows no sign of shrinking. Environmentalists aired their concern after researchers from The Ocean Cleanup Foundation examined the trash building up between California and Hawaii. The chunks of plastic they saw glued together measured over a yard.

Boyan Slat, founder of Ocean Cleanup, described the situation as a “ticking time bomb“, because the tons of garbage will crumble to micro-plastics over the next few decades “if we don’t act.”

The trash pile has grown nearly double, and it harbors at least 79,000 tons of plastic. The figure, according to Scientific Reports, is four to 16 times more than what was discovered a year before. A year after the first set of findings came out, researchers conducted a multi-vessel expedition and collected 1.2 million water samples from the same area. They used large nets to get the debris and took a lot of aerial photos to survey the GPGP. Dr. Julia Reisser, the expeditions’ chief scientist, expressed surprise over the huge amounts of plastic they saw. Sadly, data show that these massive pollutants from the ocean won’t decrease any time soon.

The report states that according to historical data from surface net tows, the levels of plastic pollution are rising “exponentially inside the GPGP.” The rate at which the plastic is piling up outpaces the speed with which environmentalists are cleaning up the ocean. To make matters worse, the level of plastic pollution is rising faster compared to surrounding waters.

Oceanographer Laurent Lebreton, the study’s lead author admits the findings are depressing, making him wonder how the pollutants — including a toilet seat —  found their way into the ocean. He adds that the debris can also transport invasive organisms across the ocean’s basins. Water pollution is indeed disturbing to humans, but it’s even more troublesome for marine life.

How can we act now, before it’s too late? Here are some steps you can take:

We need the oceans, and the marine life it shelters. Now that pollution is posing a big threat to these natural resources, it’s high time we make our move to save them, one step at a time. It may take several years, even decades. But we have to start now, while we still have time.

Learn how to do your part in cleaning the pollution found in our waters by reading the articles at CleanWater.news.