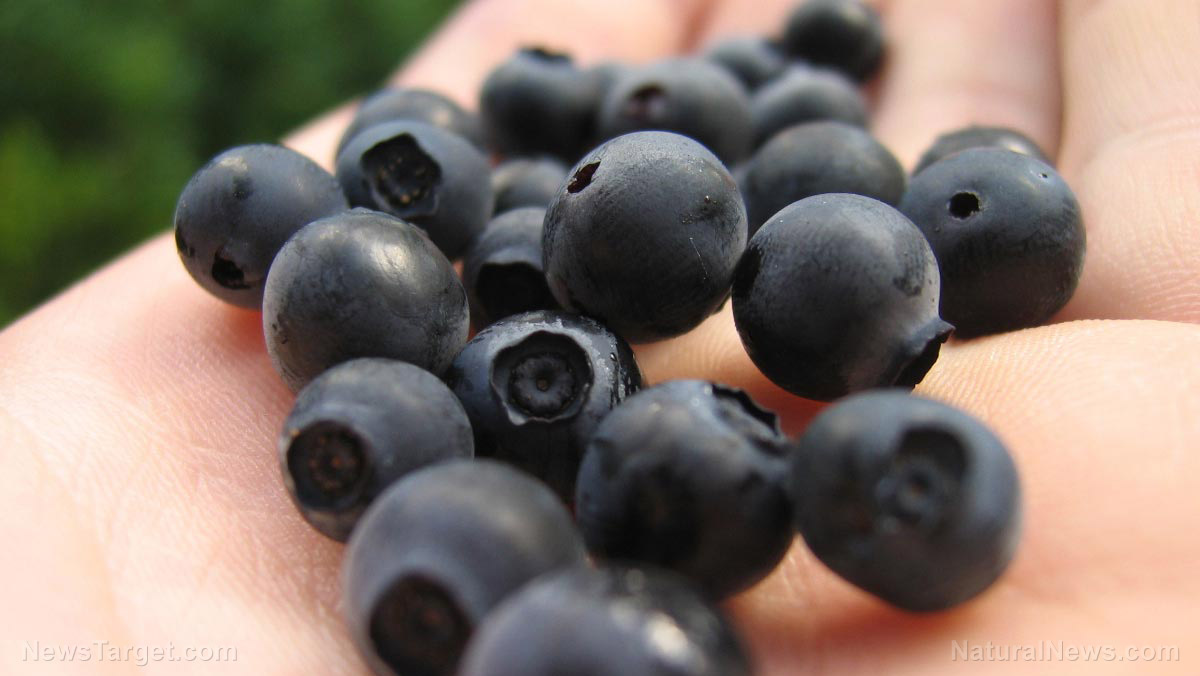 (Natural News) Postmenopausal women can reduce their risk of developing cardiovascular disease by consuming even just one cup of blueberries a day, according to a study published in the Journal of the Academy of Nutrition and Dietetics.

Researchers from Florida State University looked at the effects of daily consumption of blueberries on cardiovascular disease risk factors, such as blood pressure and arterial stiffness. For the study, the researchers evaluated 48 postmenopausal women for eight weeks. Prior to the study, the participants already had either pre-hypertension or stage 1 hypertension.

The participants were divided into two groups: One group received 22 g of freeze-dried blueberry powder, which is equivalent to one cup of fresh blueberries; the other group received a placebo. The researchers instructed the participants to continue with their normal diet and exercise routines during the study.

Based on the findings, the researchers concluded that regular consumption of blueberries could suppress pre-hypertension from developing to stage 1 hypertension, thus reducing the risk for cardiovascular disease.

Other studies have also provided scientific evidence on the cardioprotective effects of blueberries. One such study, published in Circulation, showed that blueberries, together with strawberries, reduced the risk of heart attack of participants by up to 33 percent.

An animal study also demonstrated the ability of blueberry consumption to reduce cardiovascular risk factors by reducing harmful LDL cholesterol by 34 percent; at the same time, increasing good HDL cholesterol by 40 percent. Blueberry extracts also cut triglycerides and homocysteine by half. (Related: Blueberries not only taste great but dramatically lower the risk of developing heart disease and diabetes.)

Other benefits of blueberries

Blueberries are considered as superfoods. In addition to improving cardiovascular health, blueberries – as well as other berries like blackberries and raspberries – are a great source of vitamin C, which helps prevent cell damage and helps in the absorption of iron. They also provide a good amount of soluble fiber, which slows down the rate of sugar release into the bloodstream and aids digestion. Moreover, blueberries are low in calories; a 100 g serving provides 1.5 g fiber.

This superfood is also a great source of phytochemicals, such as ellagic acid and anthocyanidins. Anthocyanidins, which are antioxidants that give the blue, indigo, and red coloring in fruits, are mostly responsible for the health benefits of blueberries. These antioxidants are transported into the bloodstream where they reinforce and preserve the blood vessels and collagen. This action has associated anthocyanidins with a decrease in cardiovascular disease, as they protect the blood vessels around the heart.

Blueberries are also good for the eyes; they help preserve vision and prevent the development of age-related macular degeneration. Blueberries have also been used in traditional medicine as a remedy for both diarrhea and constipation. They are also believed to help with urinary tract infections.

There are many ways of adding blueberries to your daily diet; learn all about them at Blueberries.news.